The martyr Mazloum is afighter in YPG and martyred during performing his military duty in al-Haskah.

The funeral cermony started by holding a minute of silence followed by presenting a militrty parade by the YPG.

Many speeched were delivered during the funeral cermnony which praised the role of the martyrs in saving the area from the terrorist factions and the Daesh mercenaries.

The speeches also pledged to walk on the martyrs path and continue  the struggle till achieving the martyrs goals and libertae all the people of the region from the terrorisim.

The martyr's decument was read by the Martyrs' Families Council and was handed over to his familiy amid chanting the slogans that saluted the martyrs. 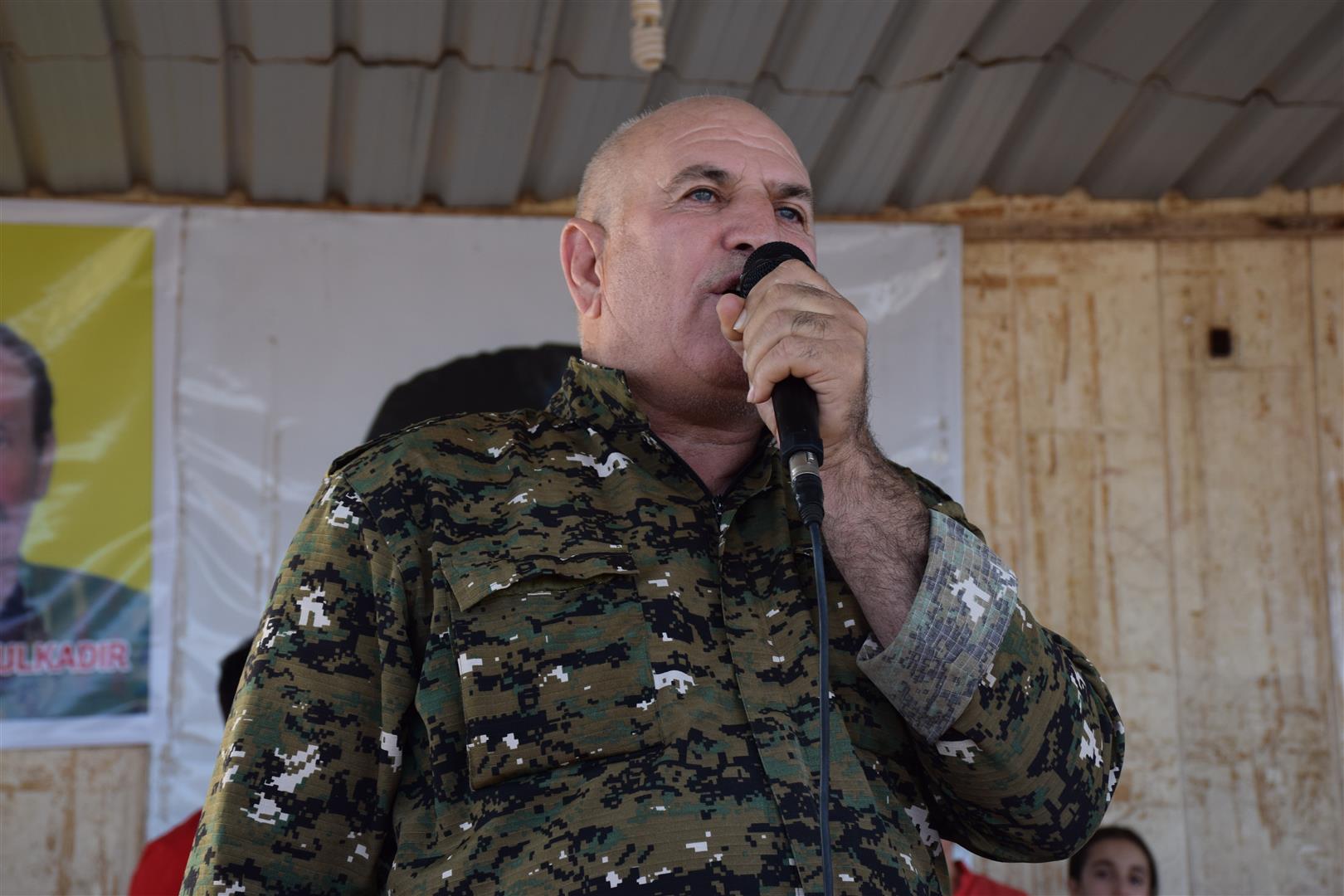 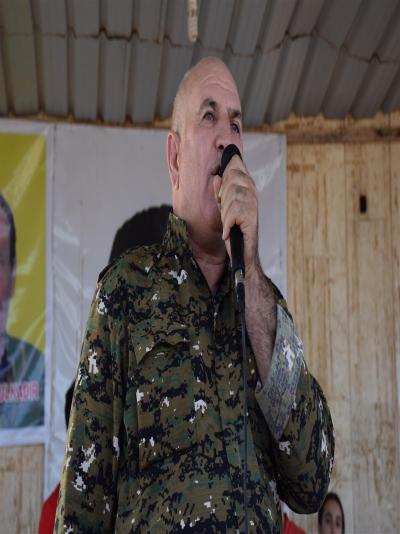 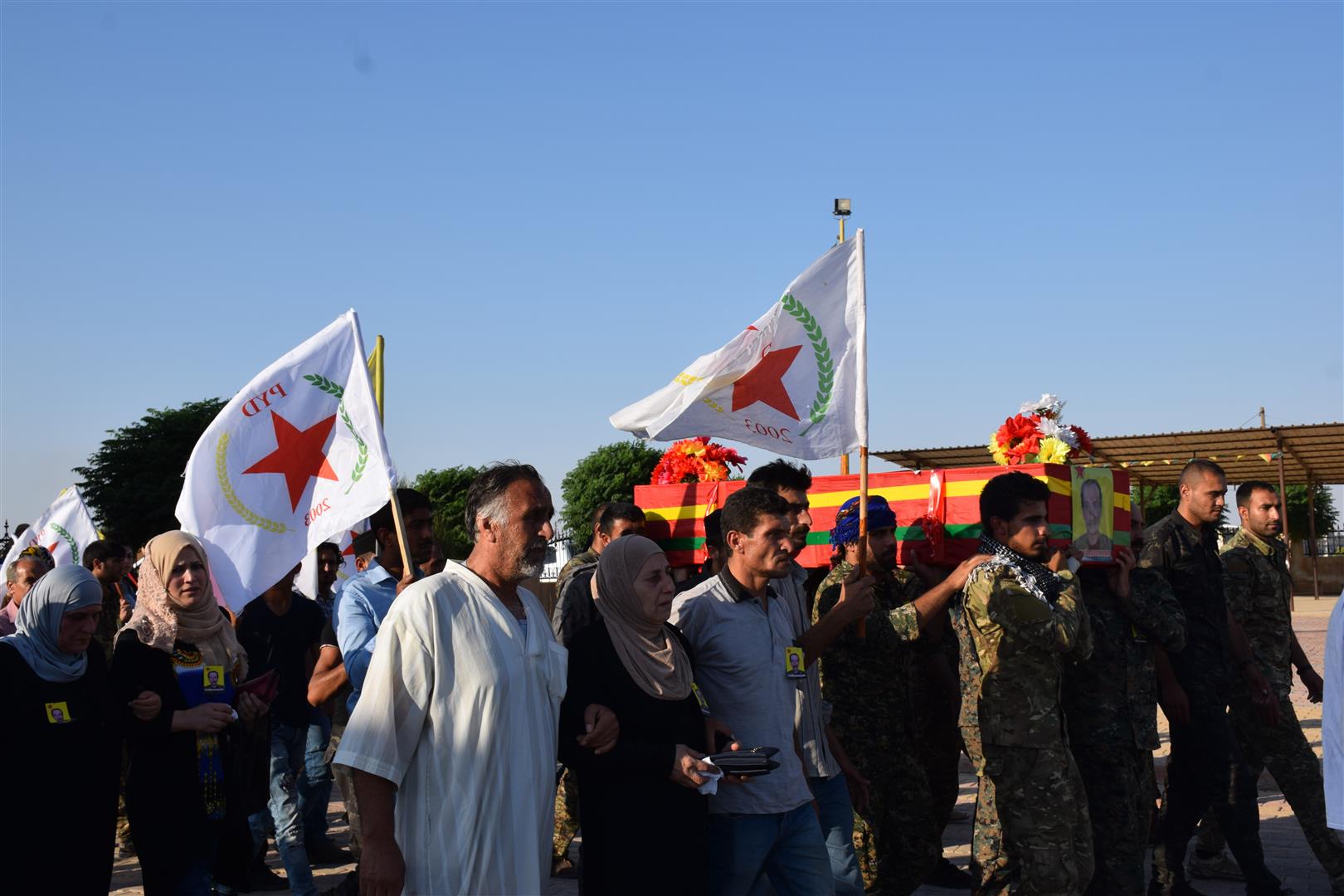 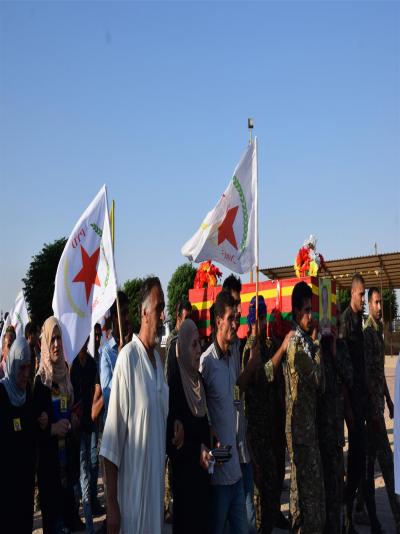 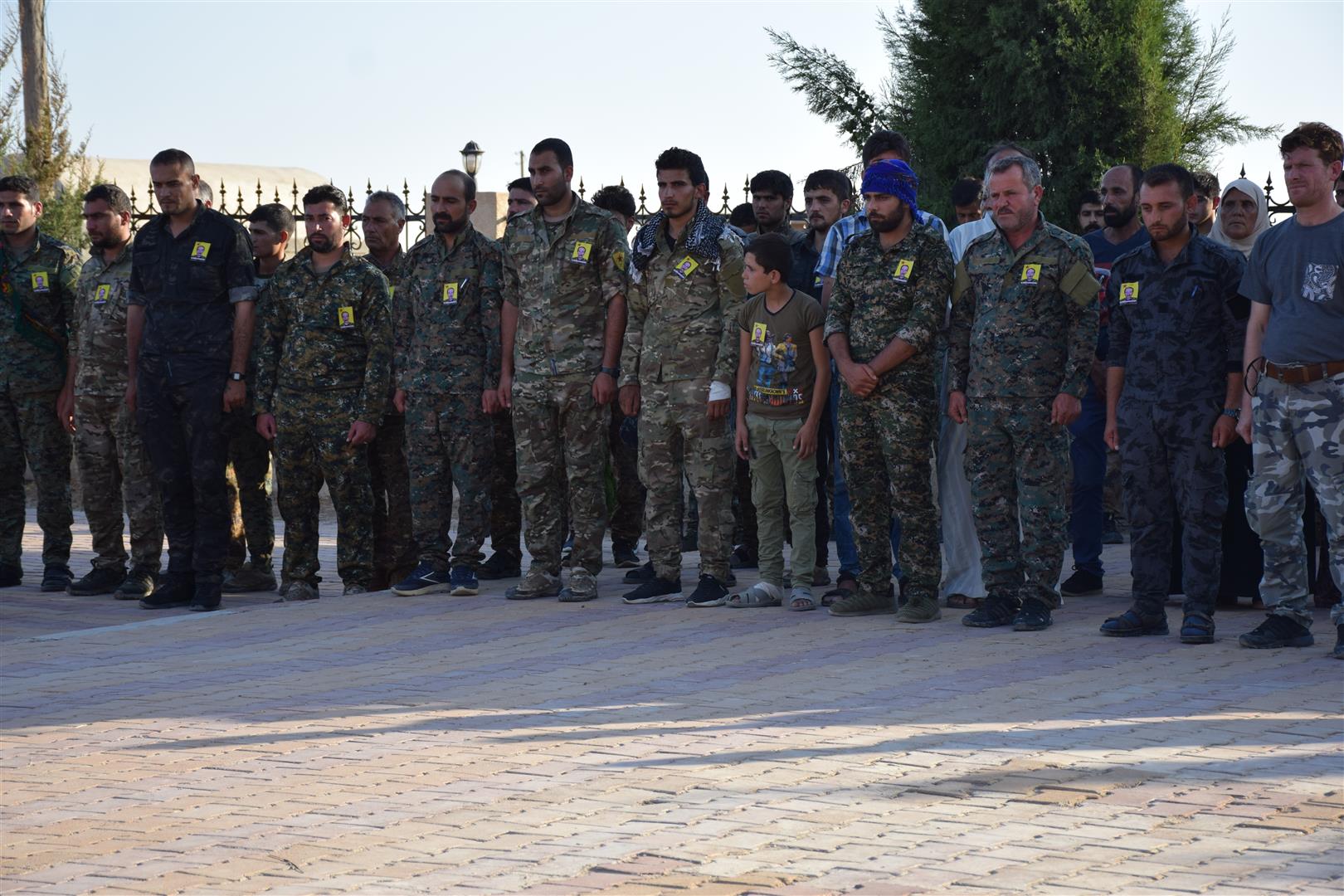 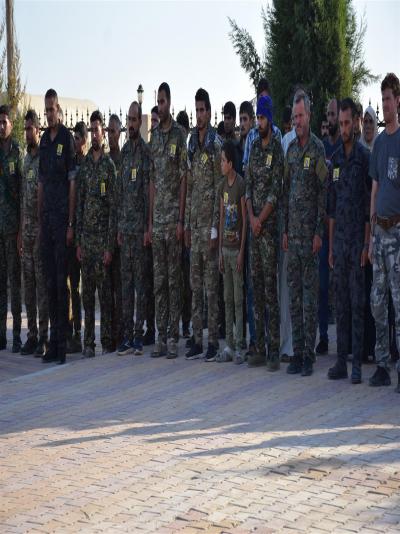 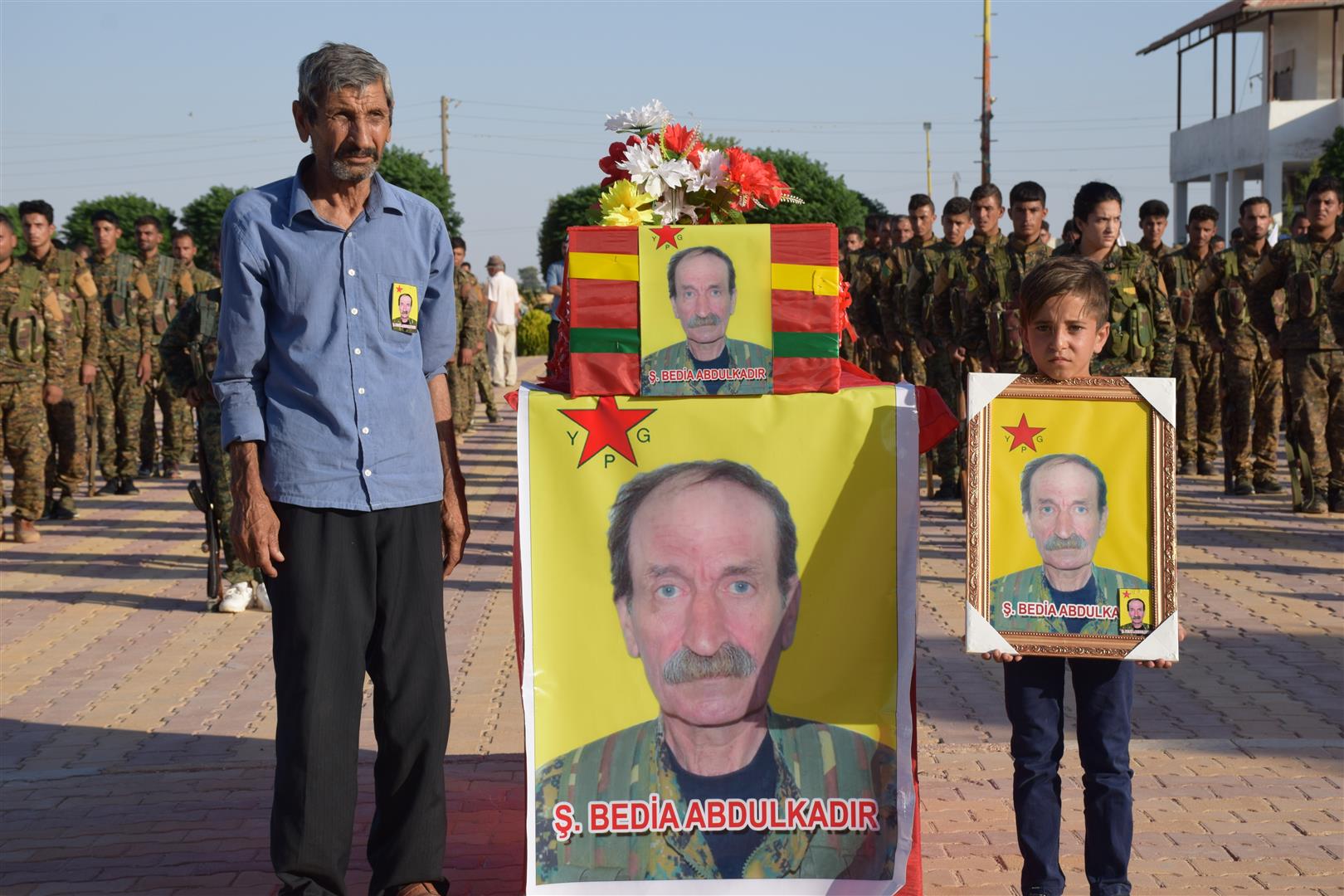 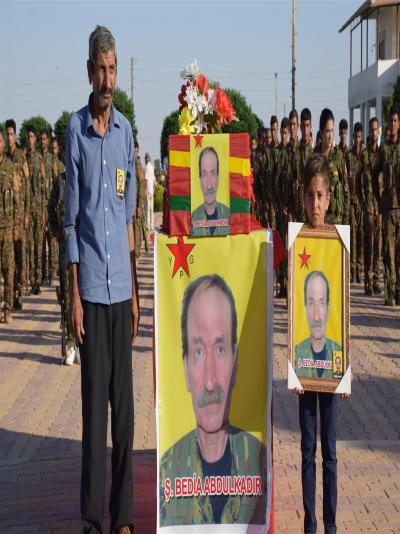 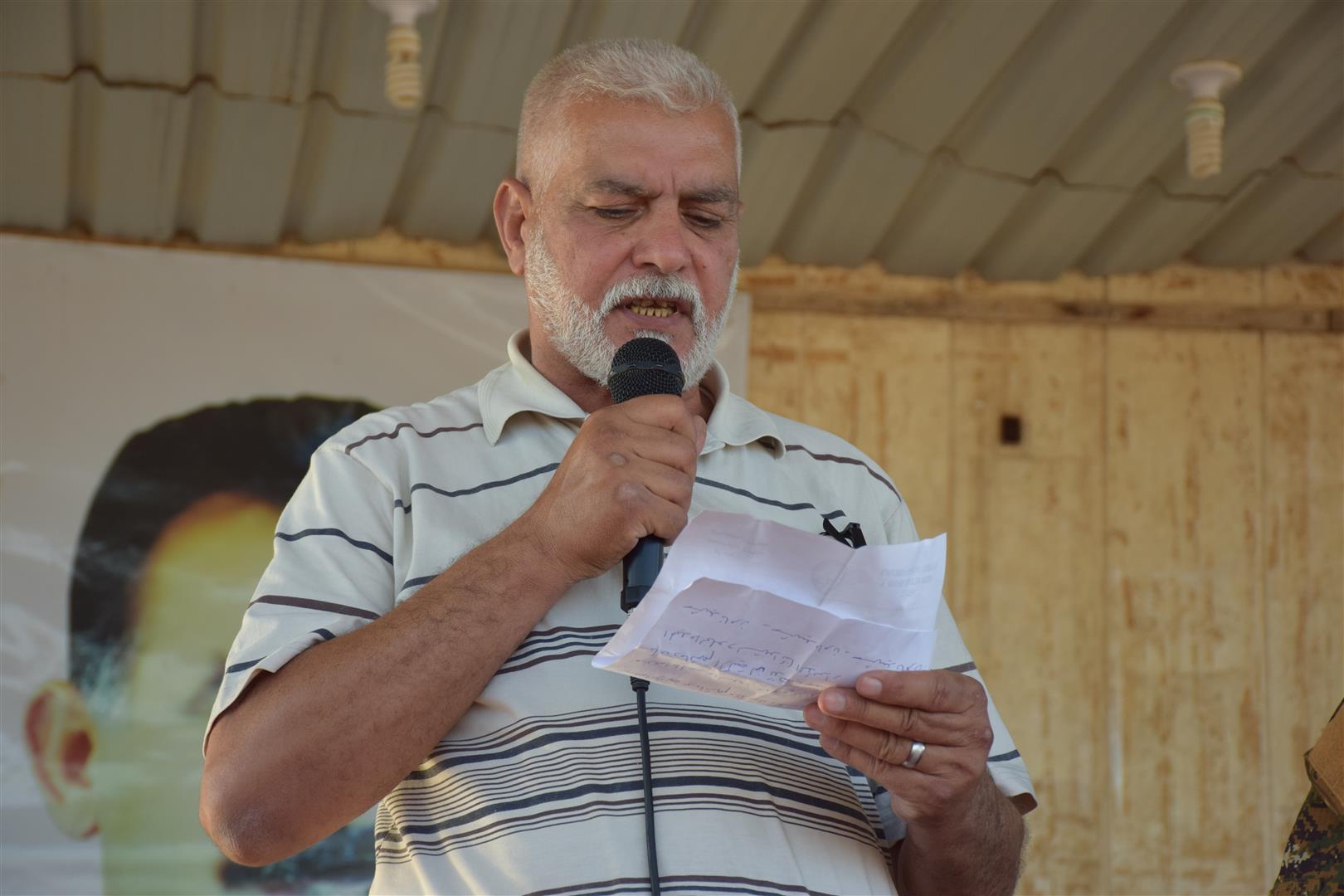 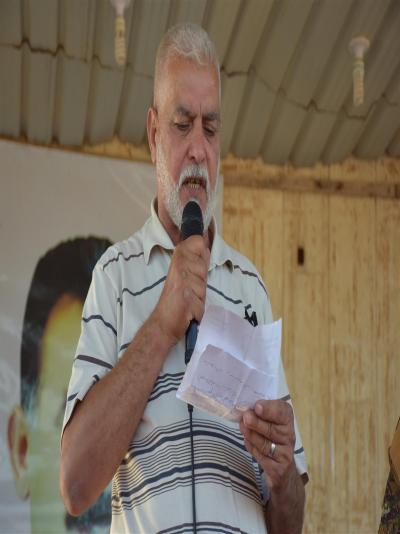 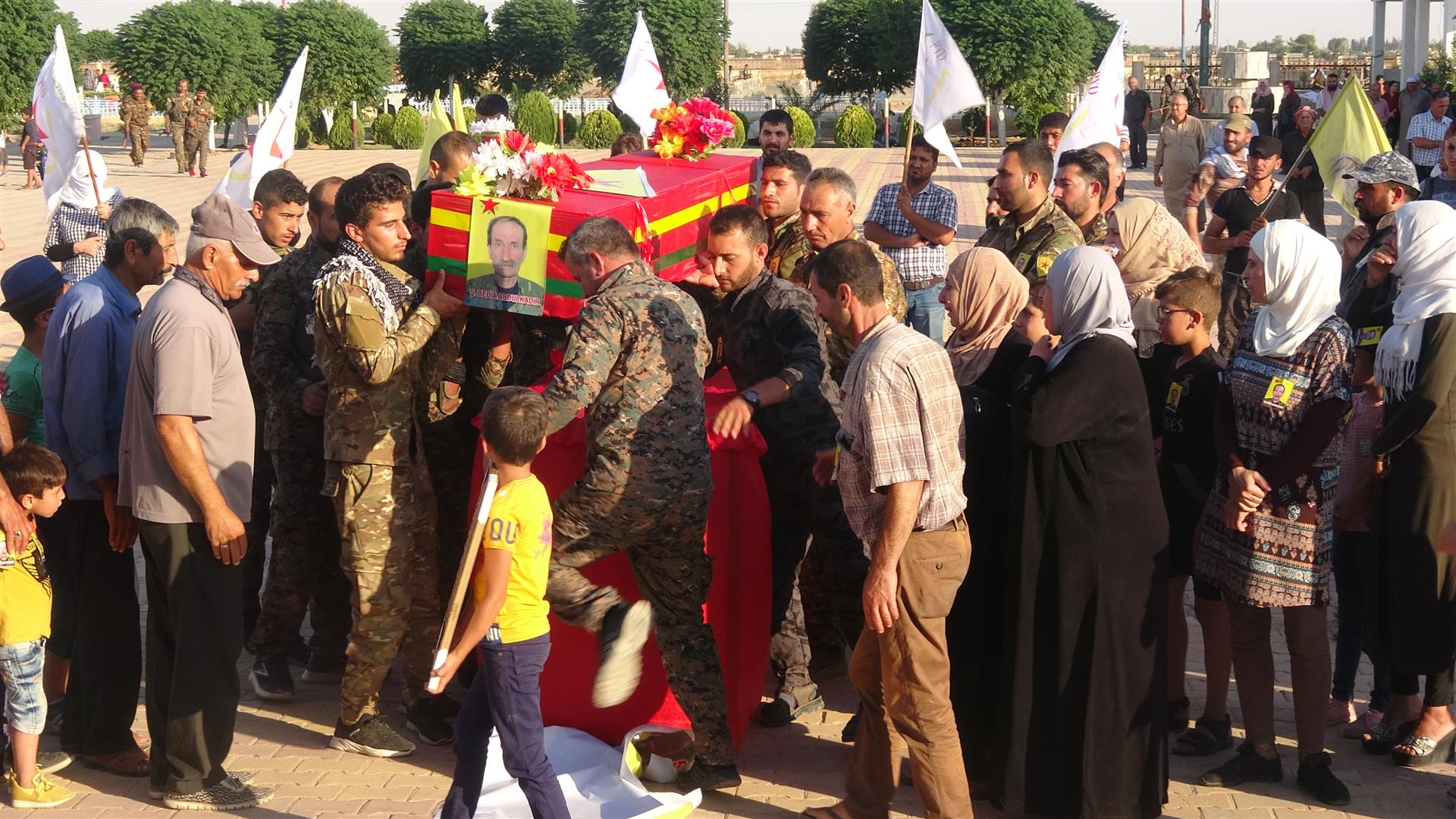 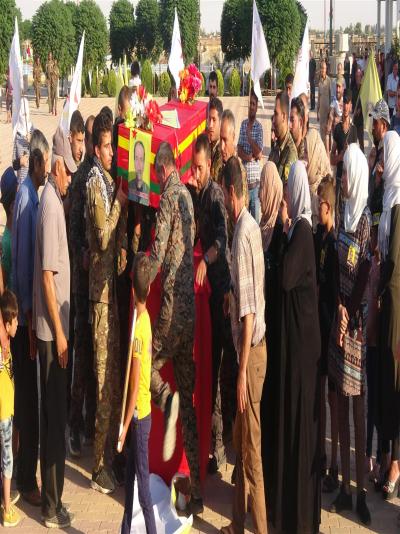 Al-Bukamal tribal council in the eastern countryside of Deir-ez-Zor called on the Internatio...

The co-chair of the Democratic Society Movement (DEM-TEV) in al-Hasakah explained that the g...
Old Website

- Fighters from al-Akkidat clan: SDF is only forces that fights injustice