Hundreds of people from al-Darbasiya district in al-Hasakah canton today bid farewill body of the Internal Security Forces fighter, Reshad Alo, who was martyred while performing his duties in Zerkan.

The residents of the area of Sere Kaniyê and Zarkan gathered in front of the Council of Martyrs' Families and headed towards the shrine of Martyr Rustam Judi with a convoy of dozens of cars.

On the arrival of the people to the shrine, the funeral ceremony started with holding a military parade presented by the Internal Security Forces. Then Fawaz Hamid spoke on behalf of the council of the town of Zarkan, who wished the patience to the family of martyr Reshad Alo adding, "SDF have fulfilled their promise to liberate all areas of northern and eastern Syria from the abomination of terrorism, We pledge to follow the path of the martyrs until achieving the goals they were martyred for. "

The document of the martyr then read and handed over to his family.

The ceremony ended with the slogans that glorify the martyrs. 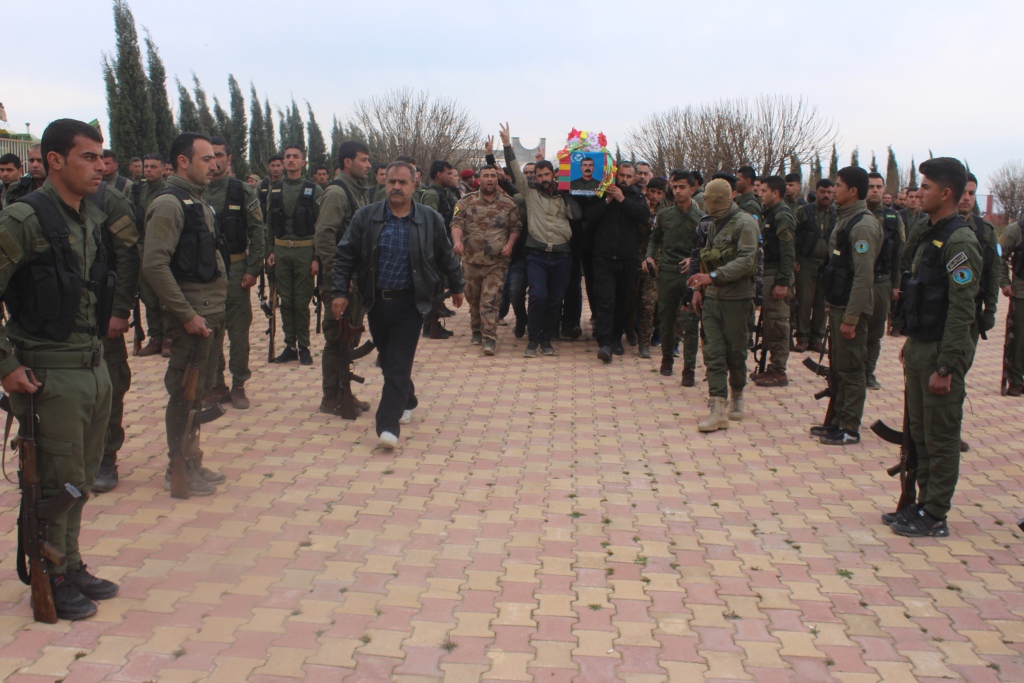 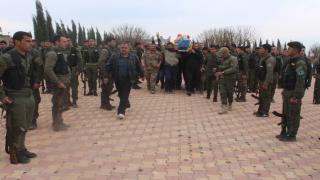 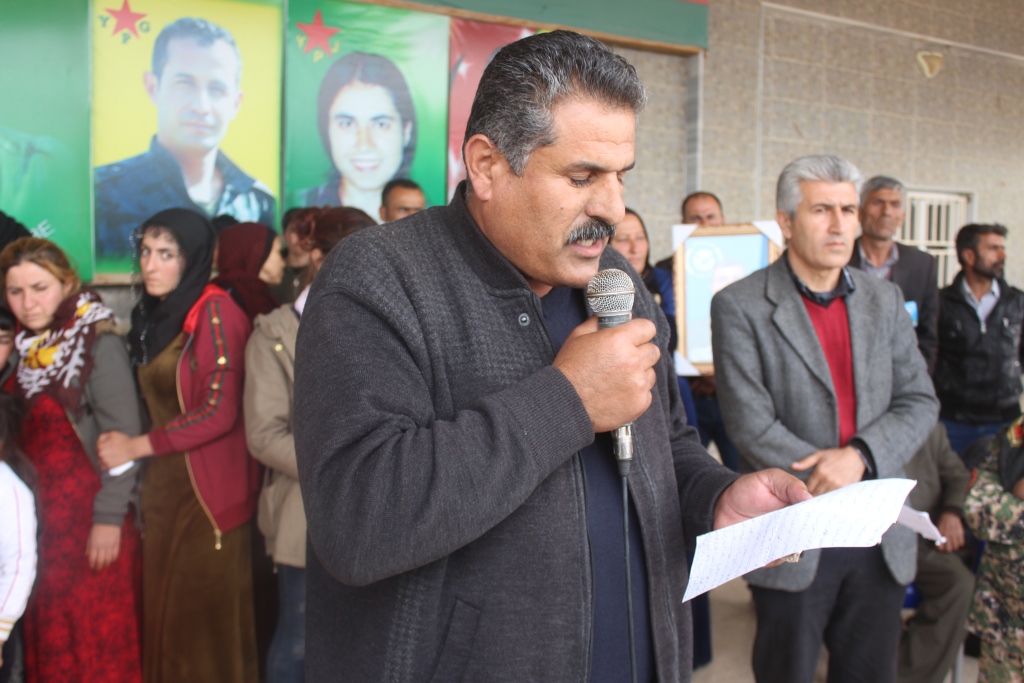 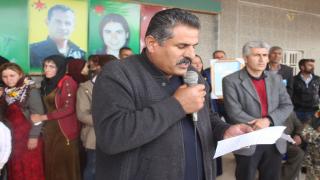 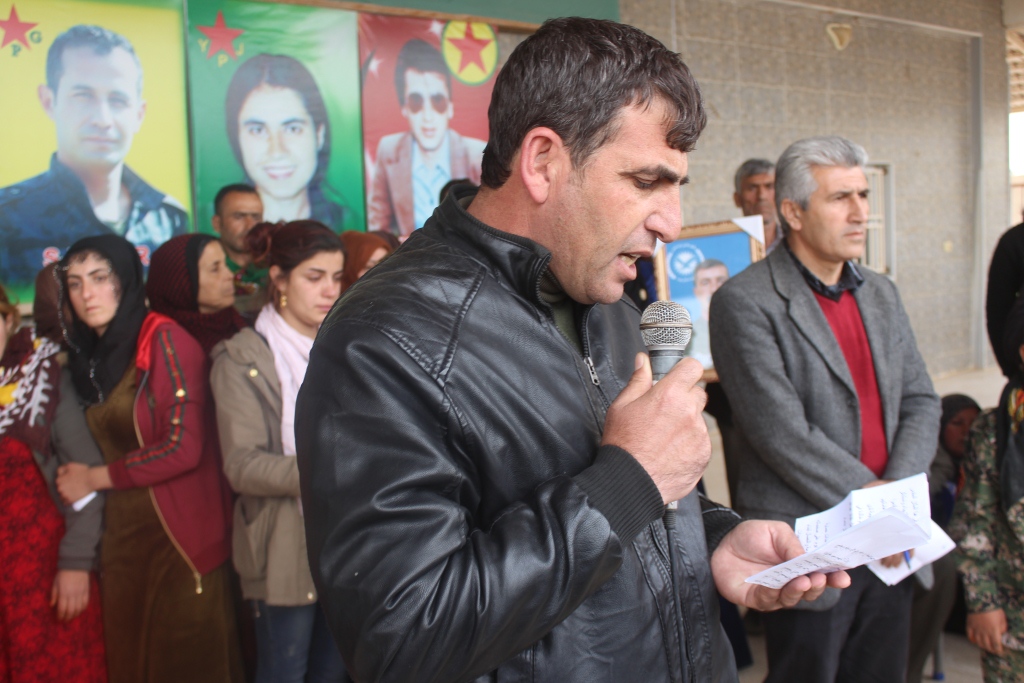 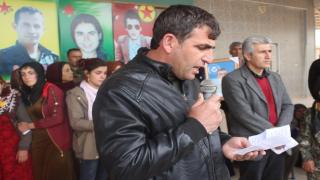 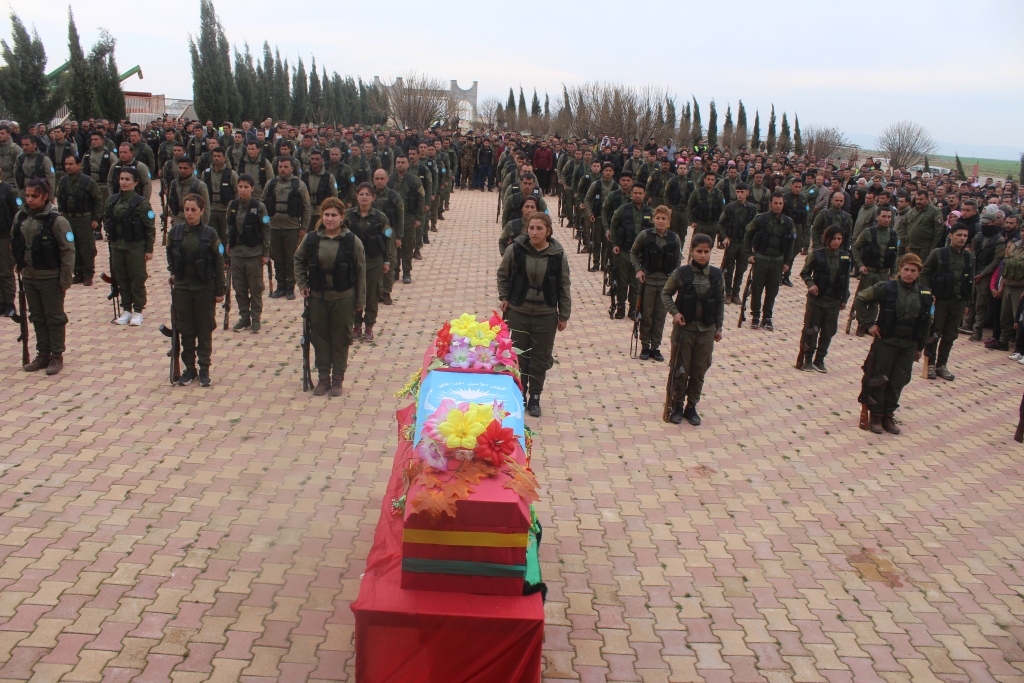 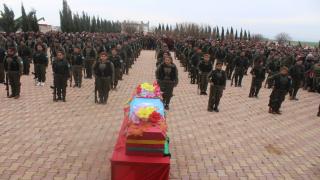 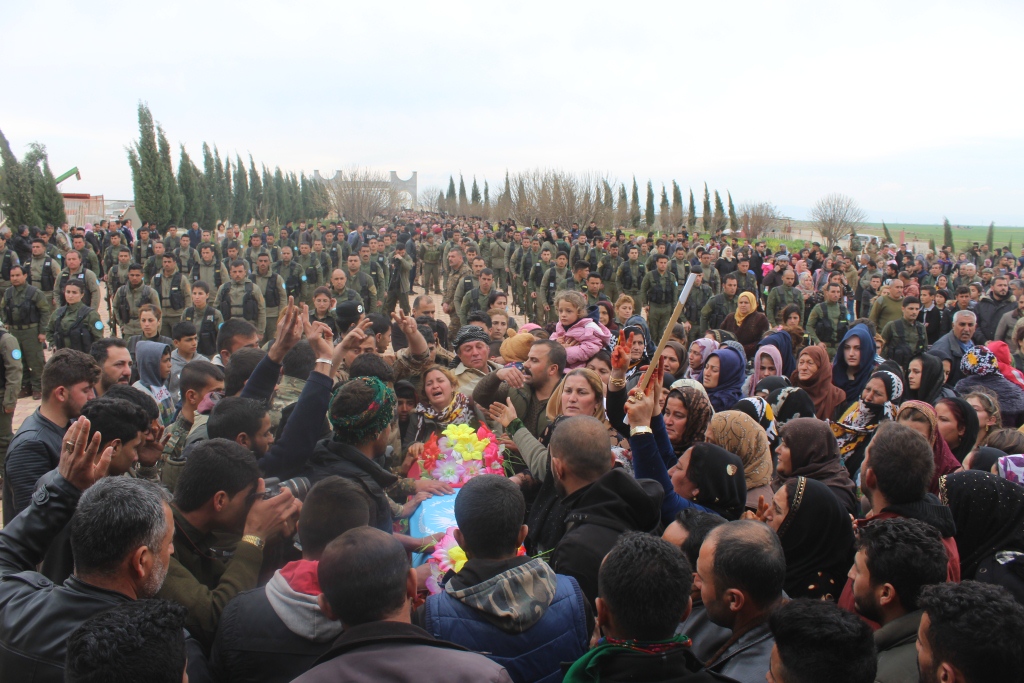 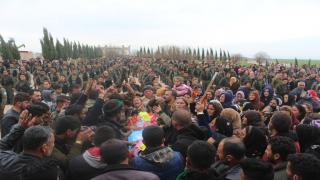 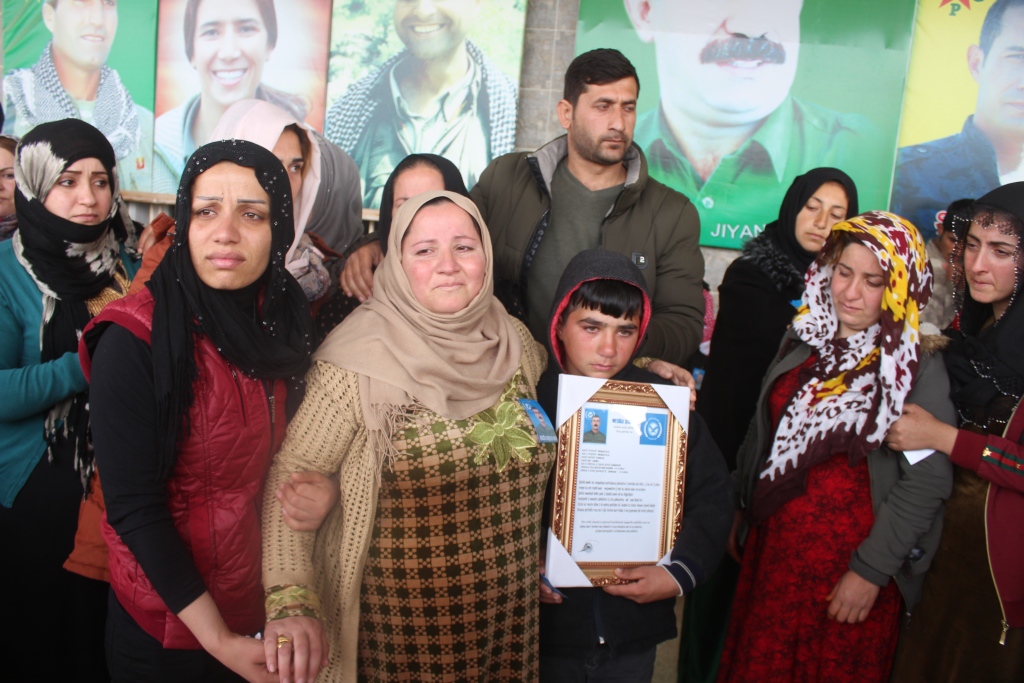 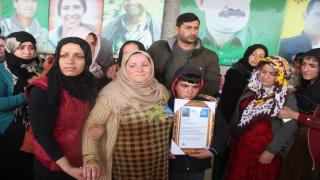