Democratic Autonomous Administration(DAA) held the Syrian Clans' Forum on May 3, 2019, attended by more than 5,000 elders and tribal leaders throughout the north and east of Syria, in the Ain Issa district of the Euphrates region.

On the 23rd of last May, a delegation from the DAA of North and East Syria visited al-Hol camp. The visiting delegation included the joint presidency of the Executive Council of the North and East Syria DAA, Abdul Hamid al-Mehbash and Berîvan Khalid, and, the vice-co-chairs of the Joint Presidency , Amina Osei and the official of the camps in northern and eastern Syria Sheikhmos Ahmad.

In the visit, Berîvan Khalid, said that those who will be returned are children and women from the north and east of Syria, who have been displaced as a result of their situations of war and the control of the mercenaries.

Currently, there are 31,436 internally displaced persons in the camp, including families of mercenaries, distributed to 9220 families.

According to lists submitted by tribal elders to the committee of relations in each of the above-mentioned areas, registration began on May 26 through three points along the camp, where 800 people were registered in the first batch, distributed to 217 families.

After the sheikhs and elders of the tribes offered guarantees to these children and women, because the nature of tribal society refuses to be women in the camps, they took buses today towards the cities of al-Raqqa and al-Tabqa.

The camp administration prepared 10 buses to take the displaced to their cities and 8 trucks to take their belongings.

During the handover, a statement was read by Sheikhmos Ahmed, in which the delegation of the DAA of North and East Syria confirmed that they had received 800 persons distributed to 217 families, all of them children and civilian women.

The delegation explained that they continue to hold meetings with tribal elders and sheikhs in order to provide guarantees to get all the sons of northern and eastern Syria out of the camps.

There will be other batches, after the elders of the tribes' guarantees, and identification papers for those living within the areas of DAA. 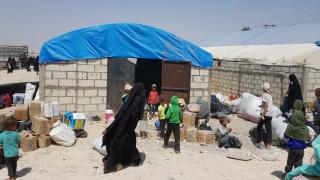 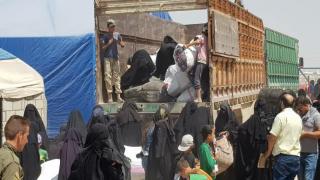 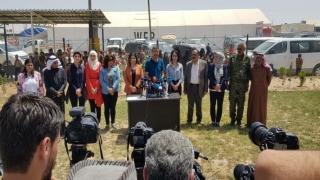 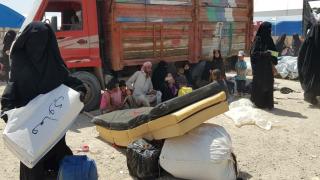 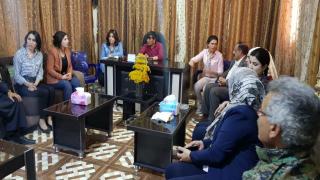 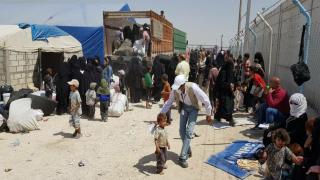 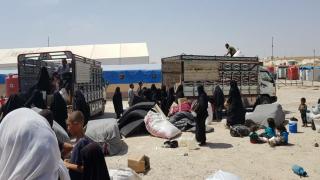 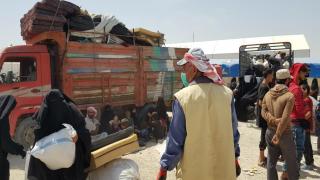 Several villages in Sherawa district in Afrin canton are being exposed to missile shelling b...

Today, Anwar Muslim and Aisha Hesso were elected as the co-chairs of the Democratic Union Pa...
Old Website

​​​​​​​Mustafa HanifI: KNC has to review itself