Mercenary Muayyad Abdo, from the city of Idlib, was a member of Jaish al-Thuwar in Idlib, and the Syrian regime forces arrested him, and he was imprisoned for 6 years, and after his release from prison, he went to Turkey and stayed there for nearly a year, and worked in the field of construction from in order to support his family, he returned and settled in Idlib.

“The situation in Idlib was terrifying, so I fled to Afrin”

Muayyad Abdo says: The situation in Idlib was terrifying, and added: "When we were in Idlib, the war was at its height, and the situation was terrifying, especially in light of the presence of Jabhat al-Nusra and other terrorist groups, and for this I fled to Afrin."

Muayyad pointed out that "in Afrin you cannot live as a civilian, you must be a member of one of the mercenary groups, and said:" The situation in Afrin was worse than Idlib, the mercenaries there are only gangs and robbers, they steal the property of the people, and there are charges ready for civilians to be arrested, and demand that the families pay a ransom of up to $ 15,000 for their release."

On his transfer to Girê Spi/ Tal Abyad after the attacks launched by the Turkish occupation and its mercenaries on the north and east of Syria in October 9th of last year, he says, "They took us by bus via Turkey to Girê Spi, but the situation in Gire Spi was worse than Afrin, too".

In Girê Spi, violations are committed under Turkish order, and they accuse SDF of it

On the violations he witnessed in Girê Spi, Muayyad said: "It is impossible to describe what mercenaries do there, everything is stolen, wheat, barley, cars, homes, everything was stolen, I could not bear what I was watching, they accused civilians for the ransom, sometimes even wearing the clothes of the Syrian Democratic Forces, entering the houses to steal them, to delude the people that SDF is the one who steals the property of the people, so that the bombings that take place in Girê Spi are the ones who do it from Turkey, and they accuse SDF. "

‘All groups operate under orders of the Turkish army ꞌ

Muayyad explained that all mercenary groups operate according to what is ordered by the Turkish state, and continued: "They do not care about anything, neither the country, nor the honor or offer, their only concern is money and dollars, and they have no role in the region, they are mercenaries hired by the Turkish state."

Muayyad said that the people in the occupied areas, whether in Afrin, or Girê Spi/ Tal Abyad, are upset because they are humiliated, and added: "The people see how their house and property are stolen.

Truly, the people are dissatisfied with what they live in. "

“With his conscience disturbed, he makes up his mind to escape”

After Muayyad Abdo entered Girê Spi / Tel Abyad, he witnessed the practices and violations of the Turkish occupation army and its mercenaries against the people in the area. He says in this context: “The situation in Girê Spi / Tal Abiad was worse than Afrin. Turkish and its mercenaries to steal and loot the property of the people, and this was what I could not accept, and I felt a remorse."

Muayyad Abdo explained that due to the sharing of loot and property, many disputes and quarrels were appearing between factions and mercenary elements. He also said: "The day before I came, a mercenary leader stole a civilian's car."

Muayyad Abdo was able to communicate with a number of SDF fighters, and asked them to enter within their ranks, after he managed to escape from the mercenary factions in the axis of the village of Khalidiya and the rest of the falcon, and surrendered to the SDF.

And when he surrendered himself, he brought with him quantities of weapons and ammunition belonging to the mercenaries of the Turkish occupation army, namely: "a freight car, a Dushka weapon, a B7 launcher, a BKC machine gun, 4 Kalashnikov weapons, a night telescope" TERMAL ", and a scope, M16 type weapon, in addition to large quantities of ammunition, he handed it over to the Syrian Democratic Forces. " 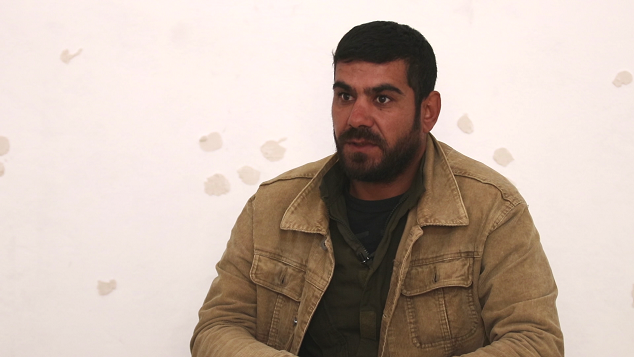 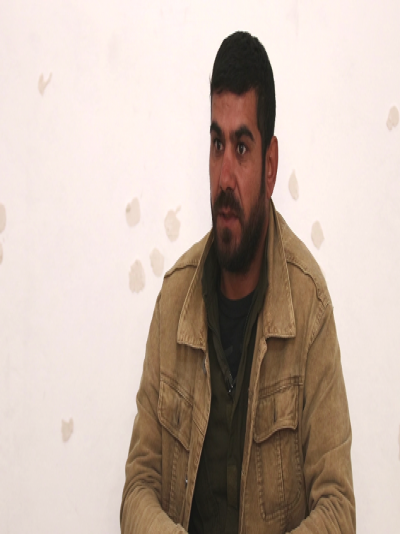 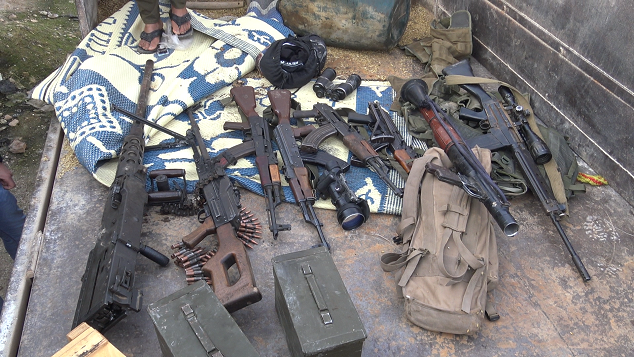 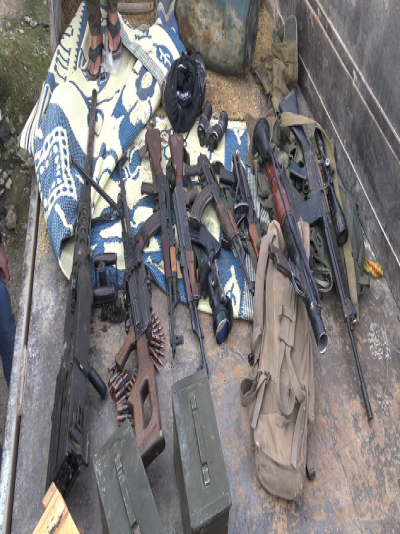 Genocide and ethnic cleansing are both committed by the ruling regimes against the Kurdish p...