A British delegation of parliamentarians, members of the British House of Lords, British political parties and representatives of the British trade unions visited Ain Issa District in the northern Syrian Canton of Gire Spi / Tal Abyad, the center of the Autonomous Administration for North and East Syria and the Syrian Democratic Council.

The delegation started its tour in Ain Issa with a visit to the Syrian Democratic Council(MSD) where it was received by the co-chair of the council Amina Omar, the vice president of the Executive Committee of MSD, Newjin Youssef, member of the Relations Office Farhad Hammou and the co-chair of the External Relations Department in AA, Amal Dada.

Amina Omar told the delegation that they have won victories at all levels, and that the region needs more political support in addition to the military support provided by some partner countries in the fight against terrorism, and noted that they are looking for a political future for this region.

She also stressed that they are the only ones who have the project to resolve the Syrian crisis, and drew attention to the ongoing Turkish threats to the region and the democratic project despite the implementation of the border security agreement and the actual start of its implementation.

The visiting delegation raised several questions to the members of MSD, including the response of the Syrian Democratic Council to the Turkish proposal to settle the Syrian refugees in the region, where the co-chair, Amina Omar said they rejected this idea because Turkey is seeking a demographic change from behind, and expressed their willingness and welcome the return of the people of the region.

Labor Party representatives Lord Maurice Glasman said," we support you, we know that Turkey is the aggressor of the Kurds."

"The British Labor Party supports the project of AA in northern and eastern Syria, and we spent a whole day as a party studying the democratic federalism and supporting this project, and the Turkish barbarism must be ended," he added.

Hekmat Habib, referred to the dangers and threats of the Turkish state to the region.

Newjin Youssef spoke about the role of women in eliminating terrorism and protecting the region and its role in building the AA.

The delegation concluded its visit by receiving a commemorative shield from the Syrian Democratic Council.

The delegation's visit to AA

The delegation held a meeting with representatives of the Department to discuss the reality of AA work in the field of reconstruction, education and agriculture.

During its talks with the delegation, Al-Mehbash pointed out the lack of international support for AA and its support for international organizations which do not meet 10% of the region's needs after the destruction caused by terrorist acts.

The members of the AA also discussed the camps and their conditions in the north and east of Syria, with the arrival of the winter and the lack of resources of the administration to provide the necessary for the displaced.

There was also talk about Al-Hol camp and its danger because it is considered a time bomb after several attacks on it against officials and guards of the camp by ISIS's families.

At the end of its visit to the Executive Council, the British delegation made a statement to the media:

Today, a delegation from the ruling party, the opposition party and academics from the UK met with AA in northern and eastern Syria and held fruitful talks.

We talked at length about the role of the region in fighting and defeating ISIS. We are grateful, and we recognize that the British and Europeans should recognize the sacrifices made here.

We spoke in depth about the need to continue the fight against extremism, rebuild schools and hospitals, and rebuild democracy in civil society. The important thing we support is that the re-emergence of ISIS and other extremist organizations must be prevented from trying again to destroy peace, democracy and justice.

We talked at length about justice and reforms, and in Britain we are committed to continuing to support our friends and allies.

I hope this visit will be the beginning of continuous relations.

The delegation also met with members of the General Council in the AA of northern and eastern Syria, and is scheduled to meet with leaders and commanders of the Syrian Democratic Forces. 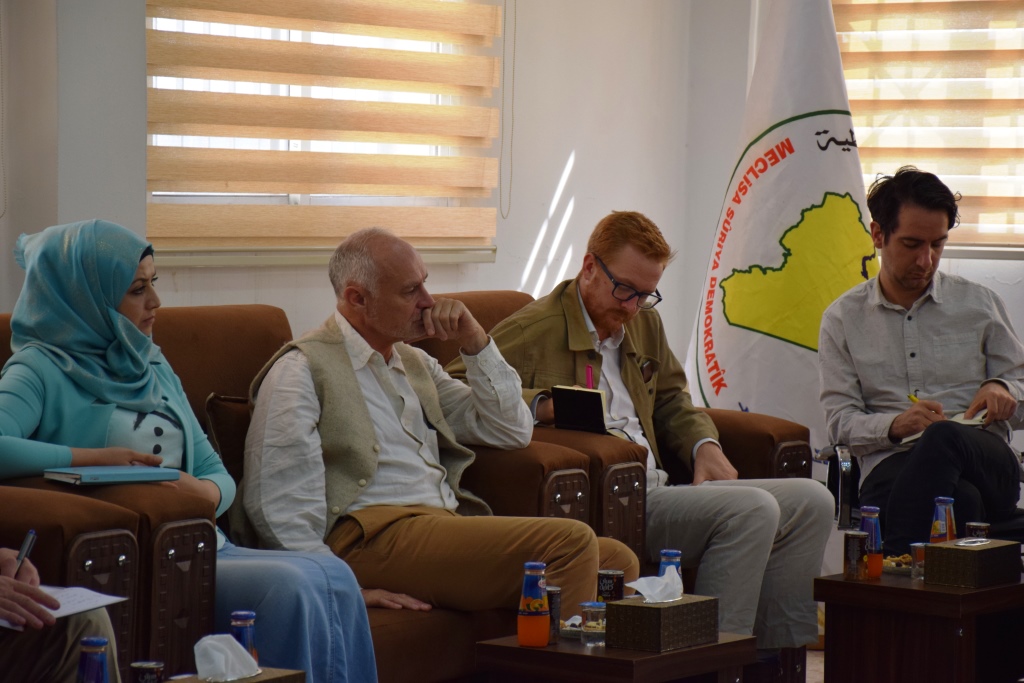 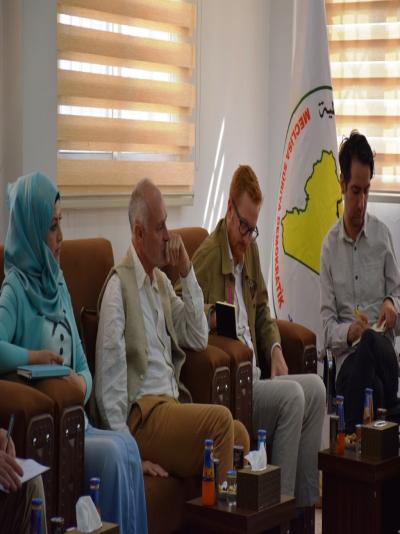 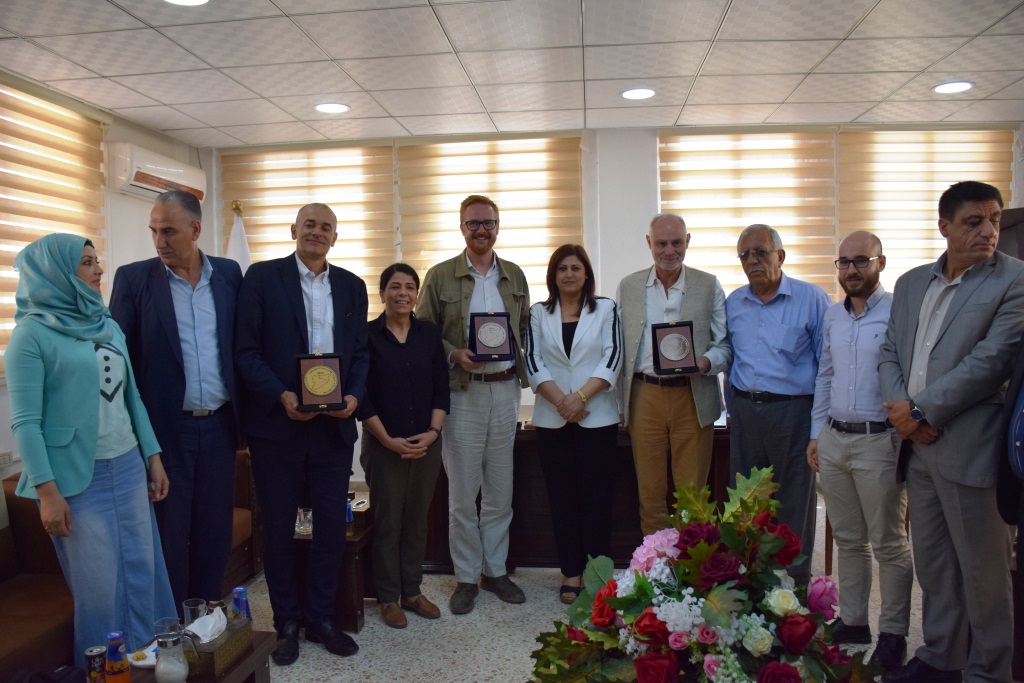 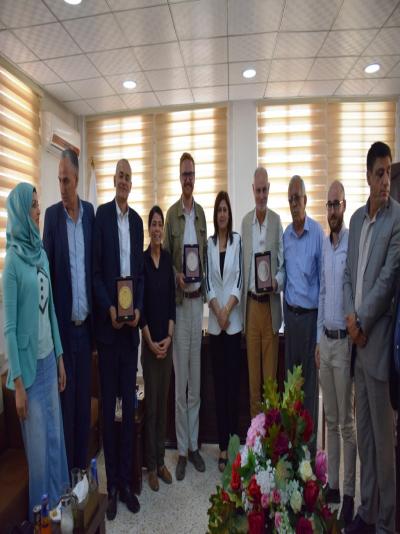 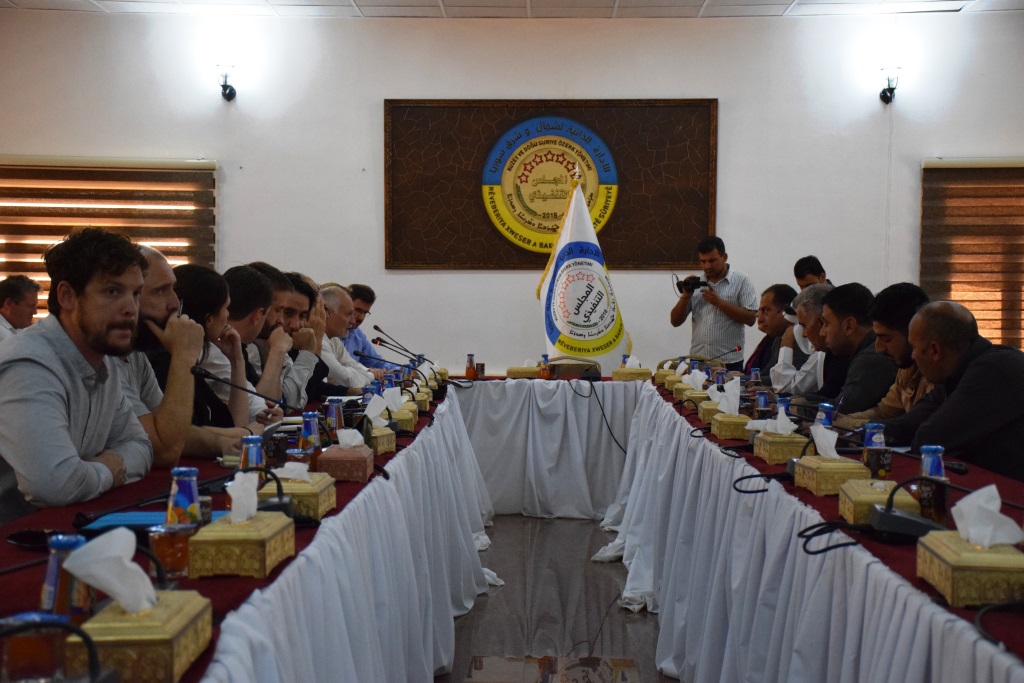 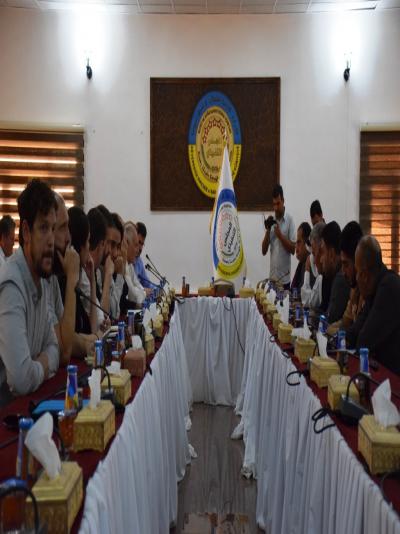 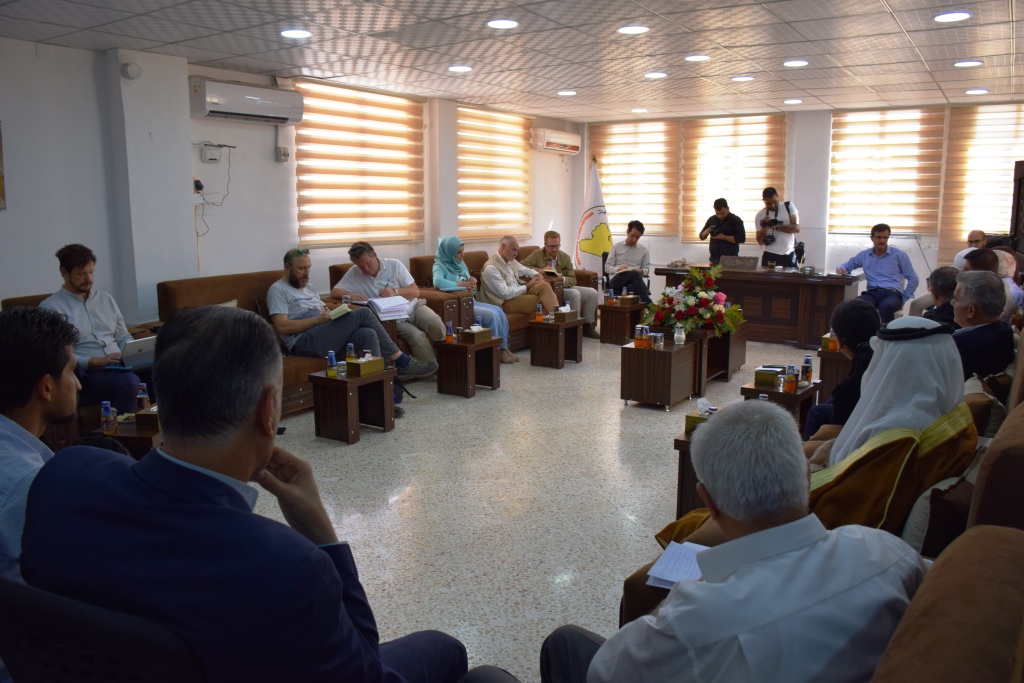 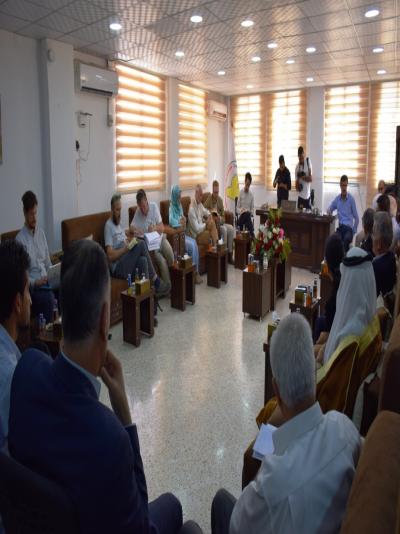 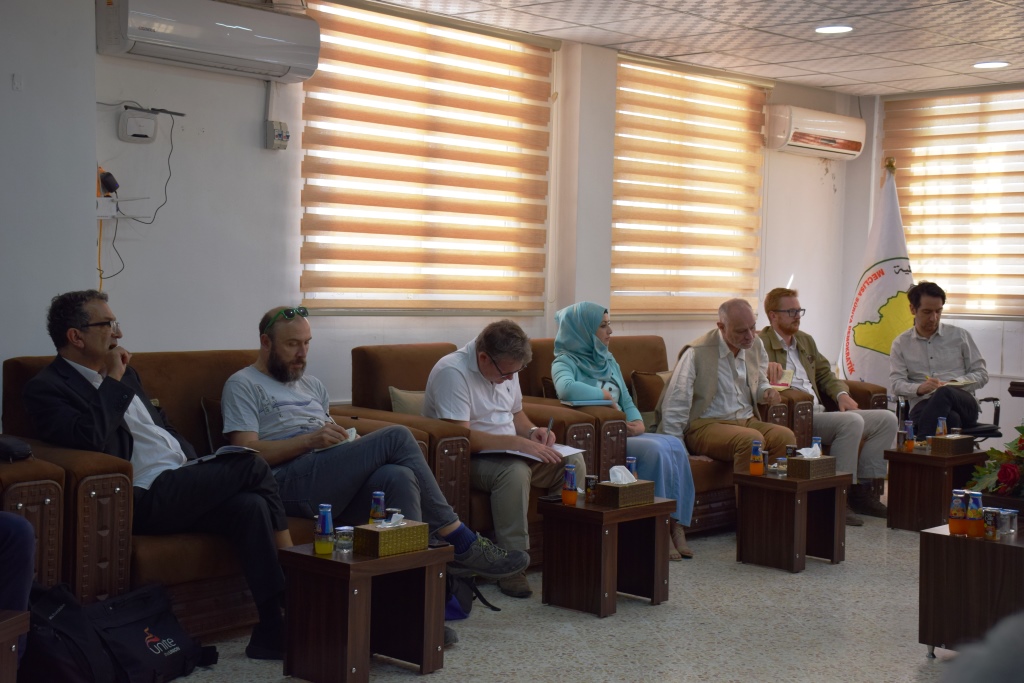 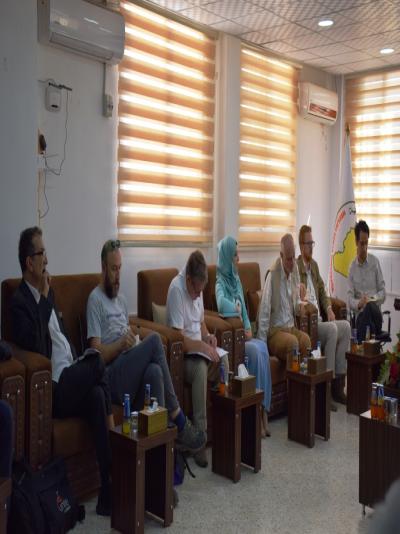 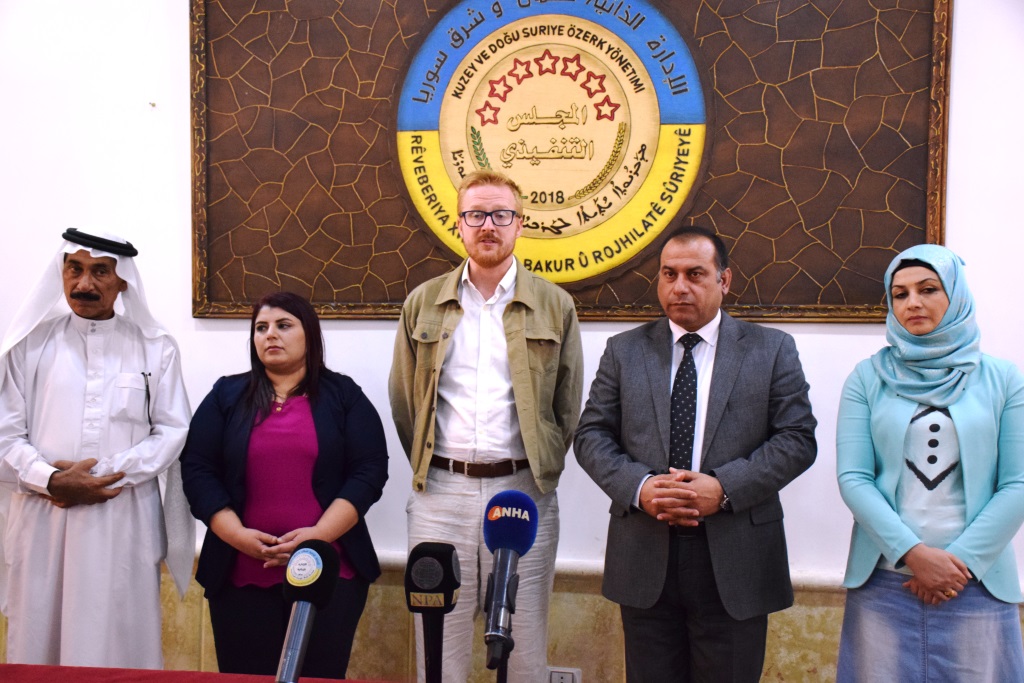 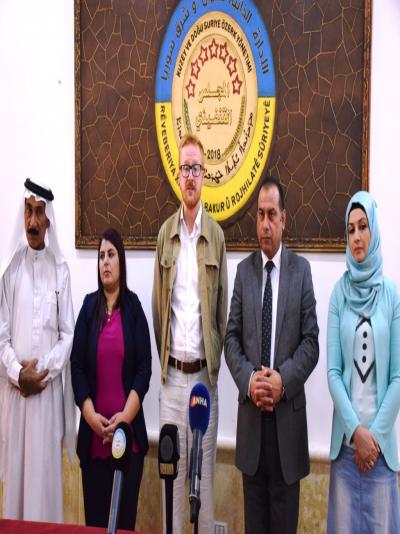 Bashmara residents: We to stay in our village, will not leave it

The people of Bashmara village in Sherawa district of Afrin indicated that they will not lea...

Politicians, intellectuals: Turkey refuses to meet with Ocalan for fear of his directives to the people

Politicians and intellectuals of al-Shahba and Afrin indicated that Turkey's refusal of requ...

​​​​​​​The Turkish occupation army and its mercenaries targeted the village of...
Old Website

Iskendar Alaa: Turkish occupation hands over its areas to regime, only installs bases in region

Bashmara residents: We to stay in our village, will not leave it

Politicians, intellectuals: Turkey refuses to meet with Ocalan for fear of his directives to the people

- Iskendar Alaa: Turkish occupation hands over its areas to regime, only installs bases in region

- Politicians, intellectuals: Turkey refuses to meet with Ocalan for fear of his directives to the people