Al-Hol camp was established early 1991 on the southern outskirts of al-Hol, 45 km east of al-Hasakah. During the Gulf War, it was established by the UN High Commissioner for Refugees, which included approximately 15,000 Iraqi refugees and was re-activated in 2004 when the war broke out in Iraq in coordination with the Syrian government, in order to provide refuge for Iraqi refugees to Syrian territory, to include more than 20,000 Iraqis, they quickly returned to their homes after the end of the war in Iraq.

Syrian Democratic Forces(SDF) liberated a-Hol town and al-Hol camp as part of its first military campaigns and which was named the liberation campaign of the southern countryside of al-Hasakah on November 13, 2015. It was the first strategic victory for SDF.

From 2016 until the end of 2017, al-Hol camp under the supervision of DAA hosted nearly 17,000 Iraqi refugees, most of them from Sinjar, Mosul and Baaj districts, as well as some 3,000 displaced persons from various Syrian regions, mostly from Deir ez-Zor most returned to their homes after the liberation of those areas of IS mercenaries, the number in 2018 became about 12,000 refugees and displaced people.

Al-Hol camp began receiving new waves of displaced people from the eastern regions of Deir ez-Zor after the announcement of SDF for the last phase of al-Jazeera Tempest campaign, which will target the last stronghold of mercenaries in the east of the Euphrates.

This large number of refugees and displaced persons are distributed among five sectors of about 1500 tents including 9357 families, as allocated by the DAA, the first, second, third, fourth and fifth sectors, the first, second and third were allocated for the Iraqis, the fourth and the fifth were allocated for the Syrians and a small section for foreigners, while more than 350 other families of displaced people in Deir ez-Zor are currently waiting for their distribution to the tents, which are currently set up to accommodate all these displaced numbers.

The huge numbers of people arriving at al-Hol camp put the camp administration under a very large burden, amid a complete absence of humanitarian and relief organizations to help those displaced.

As for the difficulties in the camp , the administrative director Mohammed Ahmed al-Ali said, "the biggest difficulties are the non-response of humanitarian, relief and service organizations as the number of displaced people increases, the potential of some local and international organizations is limited." 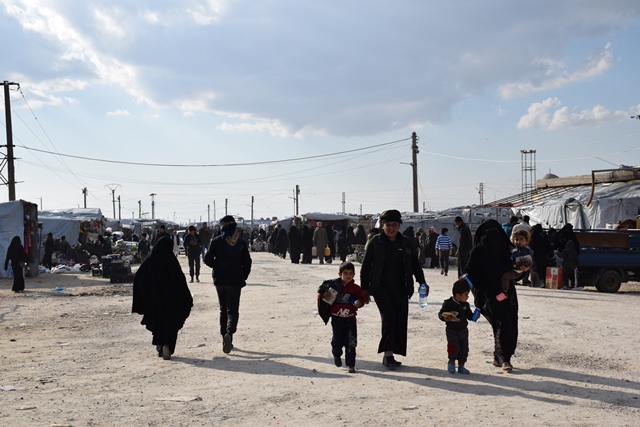 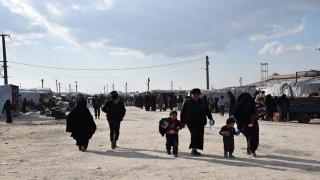 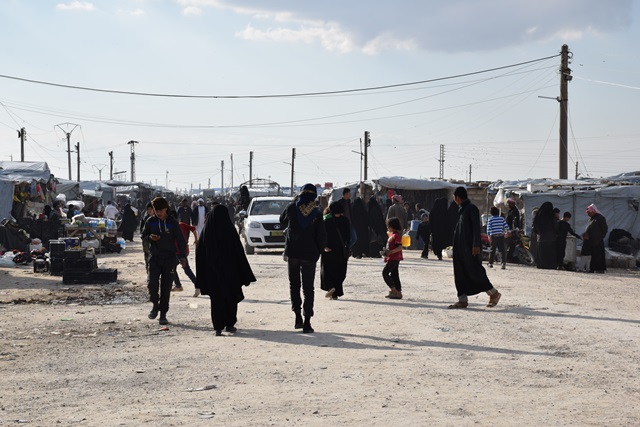 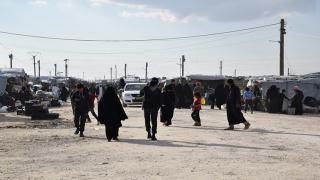 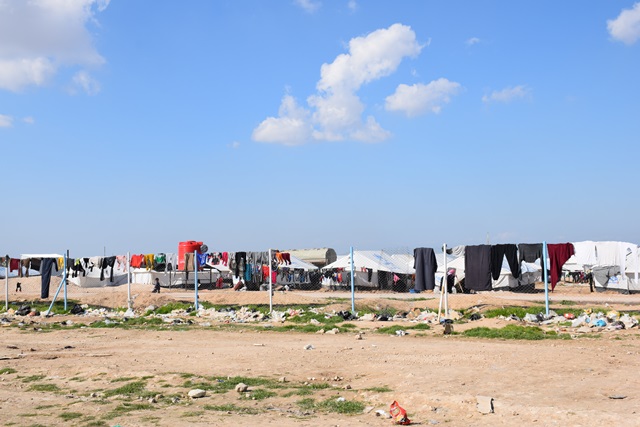 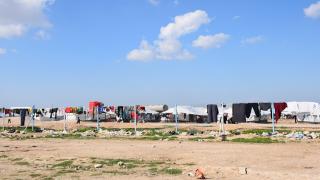 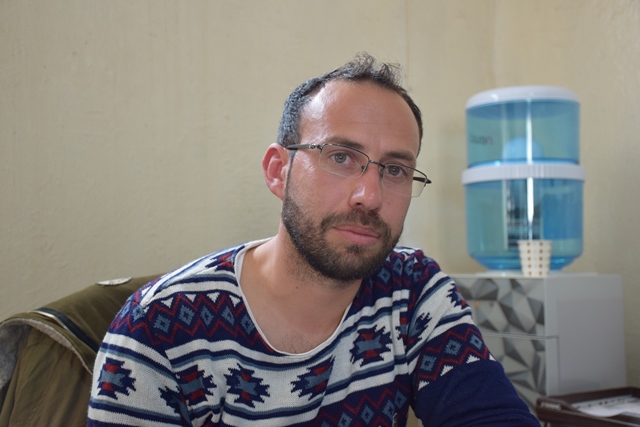 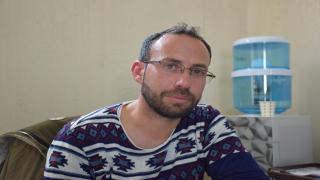 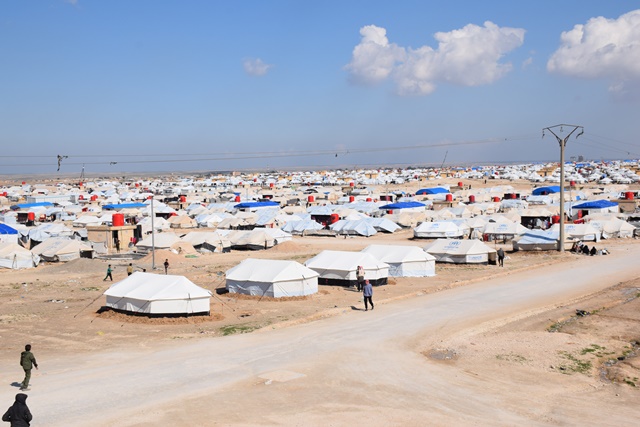 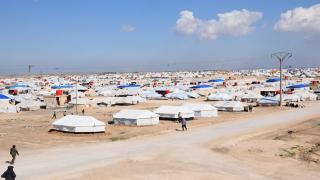 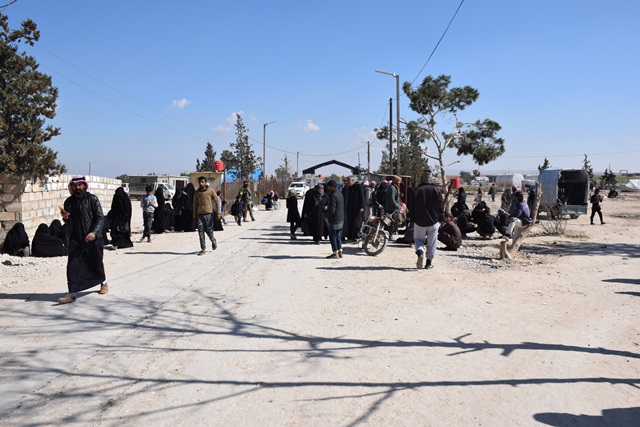 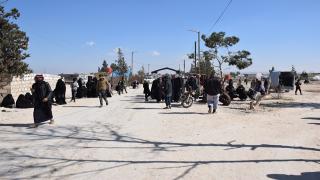 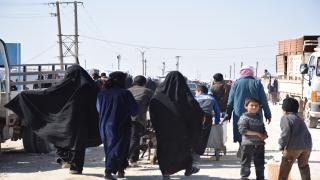 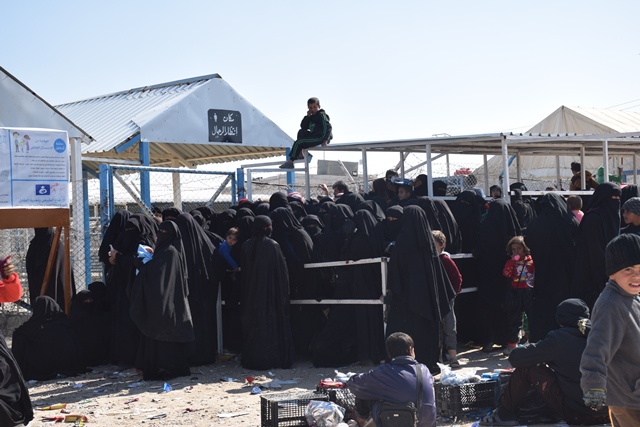 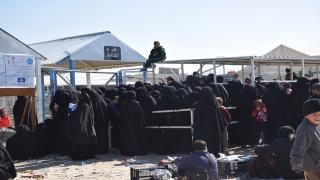