For more than three years, the Damascus Government has been pursuing its unjust policies towards the Afrinian IDPs in Shahba canton, imposing a severe siege on the entry of essential items into the canton.

Damascus Government emphasizes its arbitrary measures at the crossing points between Shahba canton and Aleppo, which is only 15 kilometres away. In particular, it prohibits the entry of medicines and supplies from hospital equipment, equipment and medical points. This makes it difficult for Afrinian IDPs, as well as to prevent entry the fuel and flour to Shahba canton.

The negligence of the Syrian Red Crescent complicates this

Two months ago, ambulances were prevented from transporting patients to Aleppo hospitals except through the Syrian Red Crescent Organization, which is intended to neglect patients and not transfer them to receive treatment, according to a medical source at Avrin Hospital.

Over the past few days, three children in Shahba canton have lost their lives as a result of the neglect and delay of the Syrian Red Crescent ambulance to transport them on time.

In particular, following the recommendation of the physician overseeing one of these cases that the child should be transferred urgently to a hospital in Aleppo, which is approximately 15 minutes away, but the Syrian Red Crescent ambulance was delayed for several hours, the child lost his life. 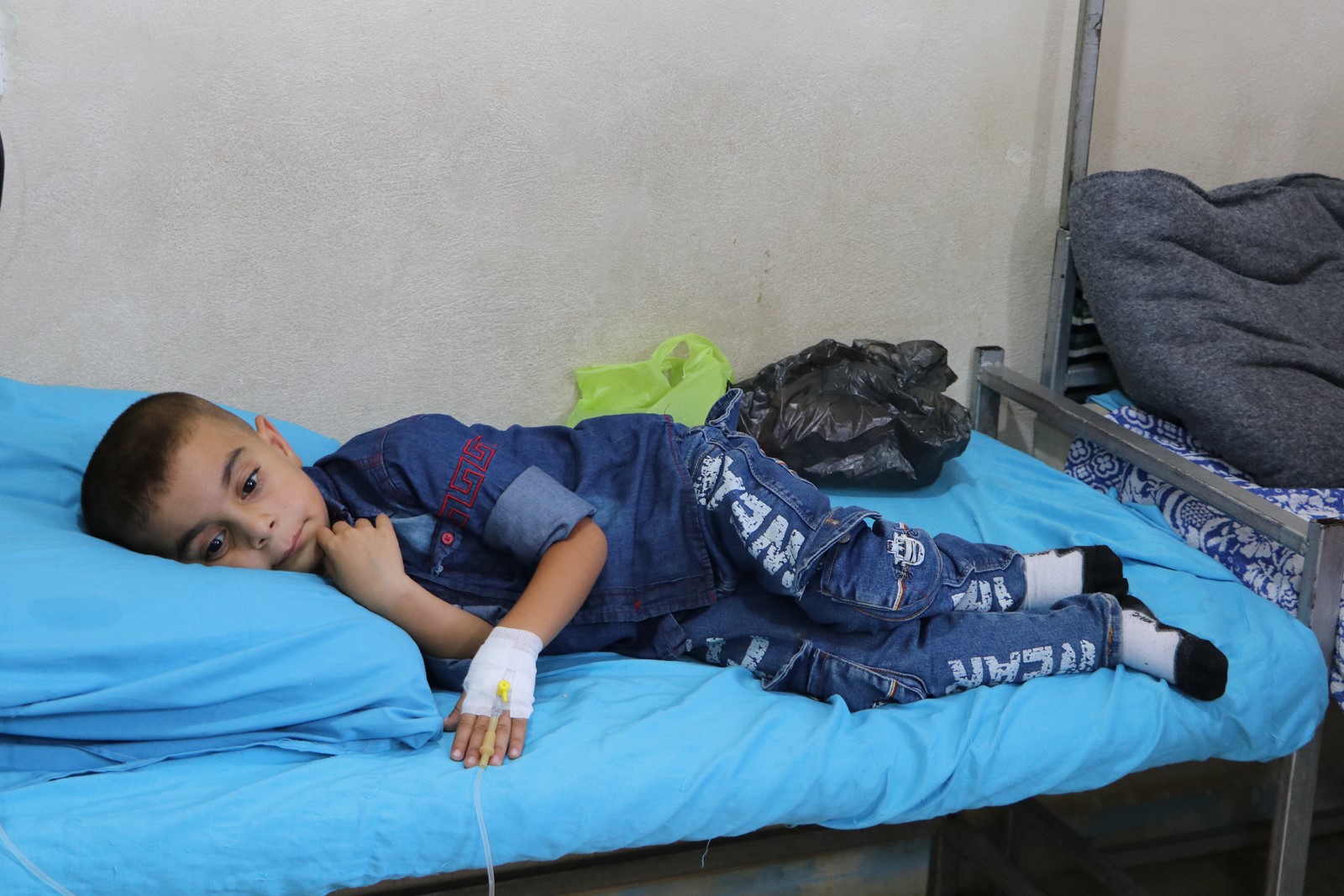 According to the first report; "The girl Joanna Joan Hussein, daughter of Nazliya Sido, she is an infant, was transferred to Avrin Hospital on 21st, of this month, she was suffering from an obstruction in the intestines, in addition to fecal vomiting, after performing the necessary first aid and informing the Aleppo ambulance office of the necessity of referring the child to Aleppo at two o'clock in the afternoon. but the Syrian Red Crescent car arrived at Avrin Hospital at five o’clock in the evening, in addition to that the oxygen jar of that car ran out on its way to Aleppo, and the child had to be transferred to a car another ambulance is also affiliated with the Syrian Red Crescent, so the girl's condition worsens, so she loses her life before she reaches Aleppo Hospital."

The second report says that "the girl, Aya Rashid Hamo, daughter of Medya, who lives in Tal Rifaat district, whose age is one- years-old, she was tarnfered to Avrin Hospital in Fafin district due to severe vomiting that she was suffering from. She received the necessary treatment at exactly two o'clock in the afternoon and monitored the child, but without a response. She was entered to the pediatric ward immediately at three o'clock, and cardio-respiratory depression (hypoventilation) was performed, then the child was duly resuscitated and placed in the intensive care unit, and the Aleppo ambulance office was informed of the necessity of transporting the child to Aleppo at four o'clock in the afternoon, so that the Syrian Red Crescent car was delayed for four hours, and the child was transported from Avrin Hospital at eight o'clock in the evening, she lost her life after cardiac and respiratory depression.”

As for the third report, it says, “The child, Mohammad Amin Musa Kour Hamo, son of Musa, his mother, Yasmine, lives in Ahras district, whose age is 2-month- years- old, was entered Avrin Hospital on the 20th of this month, at exactly five o’clock in the evening, and he was suffering from a blood germ, in addition to a respiratory infection, and the necessary action was taken for him, and the Aleppo ambulance office was informed of the need to transfer him to Aleppo, and that he needed a respirator in addition to intensive care, but the referral was not signed until exactly eight thirty in the evening, due to the absence of Dr. The Syrian Red Crescent ambulance arrives only at 11:30 at night, and the child Mohammad was transferred to Aleppo, dead.”

Afrinian IDPs are victims of the policies of the Damascus Government 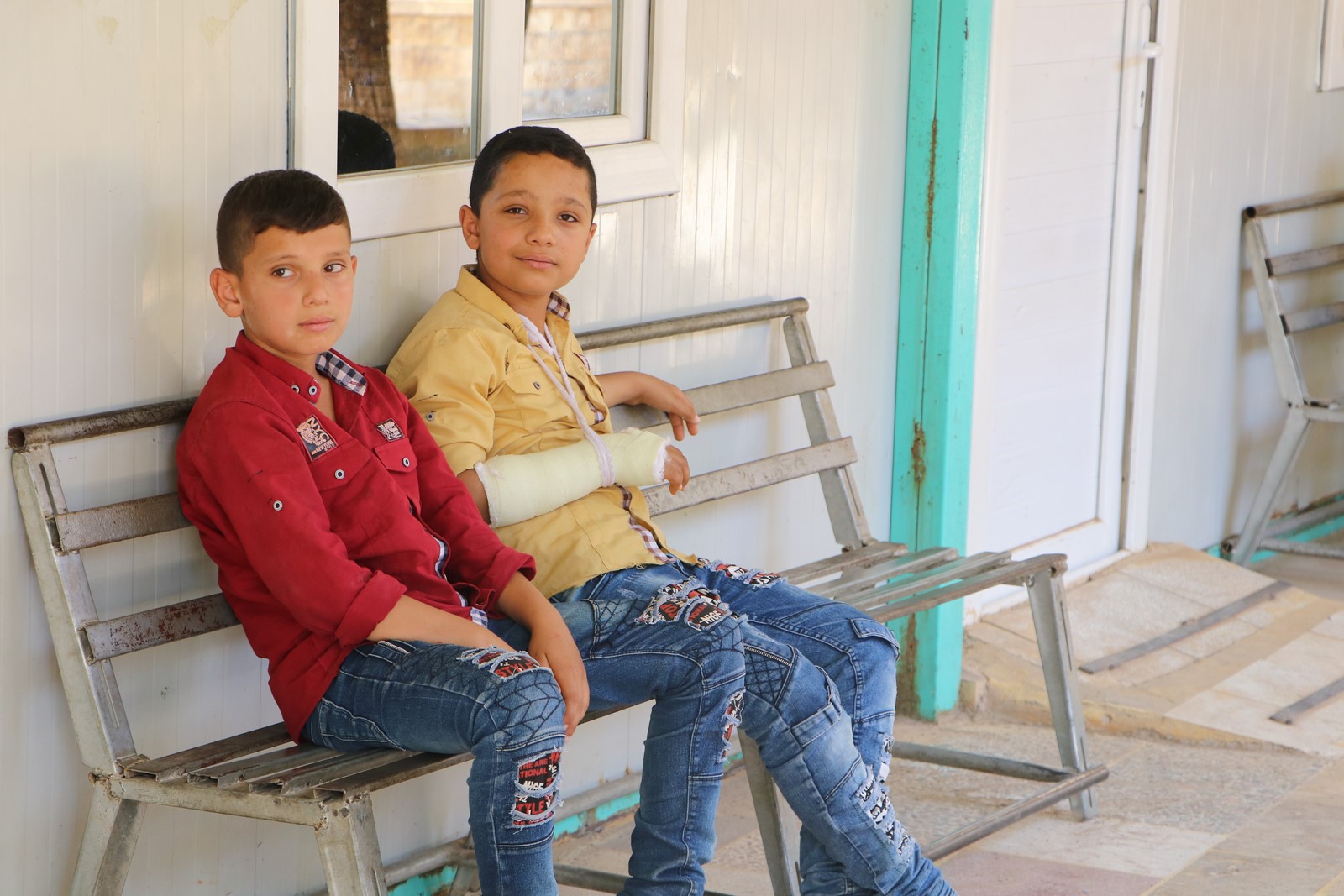 Commenting on the three incidents, Dr. Othman Sheikh Issa, from the administration of Avrin Hospital, confirmed in a statement to ANHA agency that "due to the policies practiced by the Damascus Government against the Afrinian IDPs in Shahba canton, and seeking to displace them again, by preventing entry to the basic requirements of the area, including medicines and supplies. The medical procedures necessary for the operations, lead to civilians losing their lives, thus the displaced are victims of the policies practiced by Damascus Government against Shahba areas.”

Sheikh Issa explained that the Damascus Government has been preventing civilians from going to Aleppo to receive treatment in its hospitals. It has also denied access to medical equipment and medicine to the Avrin Hospital in Shahba for more than three years.

Sheikh Issa noted that the Damascus Government prevented the Avrin Hospital ambulance from transporting patients to Aleppo City hospitals, and restricted the transportation of patients to Syrian Red Crescent ambulances, which further complicated the situation.

Sheikh Issa noted that "over the past few days, because the Syrian Red Crescent medical staff neglected to transport patients to Aleppo hospitals and delayed them for long hours, three children lost their lives."

He points out that "after the moment the decision was made by the patient's supervising doctor to take him to Aleppo, long hours of delay are the cause of the children's loss of their lives."

Doctor indicated that in one day more than 400 citizens of Afrinian IDPs were reviewing the Avrin Hospital to receive treatment, stressing the lack of medicine, medical equipment, laboratory materials, radiology and analytical materials, which made it difficult to treat patients.

Dr. Othman Sheikh Issa concluded that the main reason why man loses his life was primarily the siege that imposed by Damascus Government and arbitrary measures against Shahba areas. He called on the concerned relevant to intervene immediately and expeditiously and to open the crossings and roads leading to Shahba areas in order to transport the sick to Aleppo and to secure medical supplies of all kinds.