The Afrin Liberation Forces (HRE) issued today a statement to the public, through which HRE revealed a series of operations its forces carried out against the Turkish occupation army and its mercenaries in Afrin, between the 11th and the 14th of this March.

"In the past days of March 11-14, our forces conducted a series of specific operations. 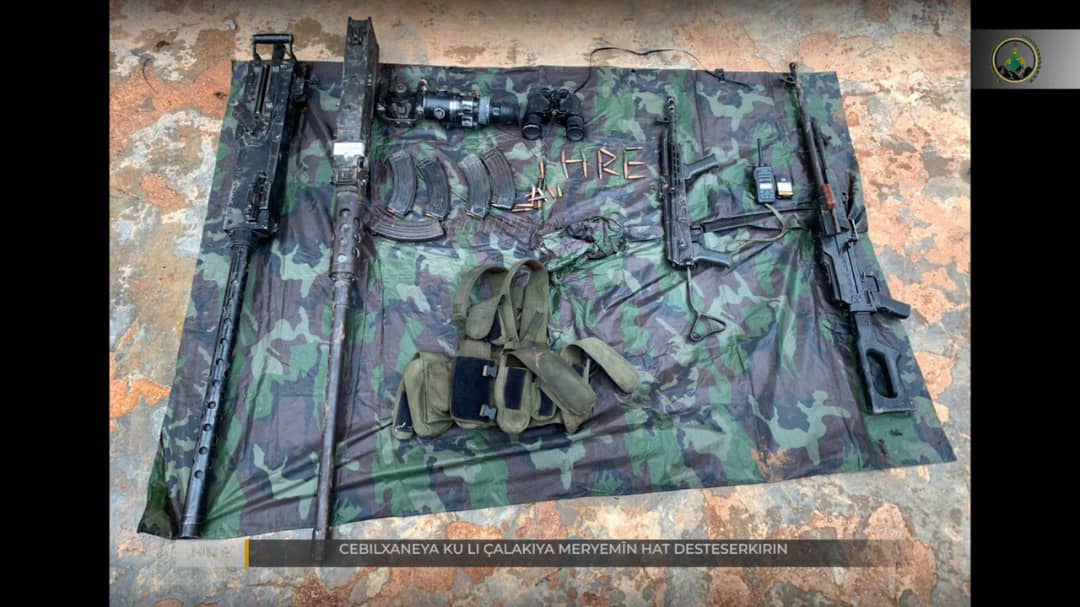 Our forces in the village of Dakhlebash of Al-Bab region carried out a car bombing against the Turkish army mercenaries, in the end, two mercenaries were killed and another wounded.

Our forces in the village of Barad, in Sherawa district, conducted a qualitative operation against the terrorist factions. In the end, 4 mercenaries were killed, and our forces seized two AK-47 weapons and their pockets, a mobile, and a walkie-talkie device, and this operation was in revenge for the martyr Zinar Amad.

Our forces in the region close to the village of Mariameen, in the district of Shara, carried out a direct targeting operation against the mercenaries of the Turkish army. In the end, two mercenaries were killed and a Turkish soldier and another mercenary were injured. In the same context, 4 enemy fortifications points and a vehicle loaded with Doshka were destroyed, and our forces also seized two A-4 weapons, one BKC, one AK-4 weapon, night binoculars, daytime binoculars and a walkie-talkie. This operation was also in revenge for the martyr Zinar Amad.

On the same day, our forces in the village of Barad and Kafr Nebo, in Sherawa district, carried out a booby-trapped operation against a military vehicle belonging to the Turkish army's mercenaries. In the end, the vehicle was damaged and mercenaries were killed and two others were wounded.

Our forces carried out a booby-trapping operation in the heart of Afrin city at the Kawa roundabout against the Turkish army mercenaries. In the end, one mercenary was killed and another wounded.

In the end, the outcome of four days of operations is: 10 mercenaries were killed, and 5 mercenaries and Turkish soldiers were wounded.

The Turkish occupation army also continued aerial bombing on villages and districts of Afrin and Al-Shahba, while running flights continued in the air. "