One of the most disastrous consequences of the Syrian crisis and its wars seven years ago is the movement of the displacement and asylum of the people of the Syrian regions because of what the country lives, and that most of the Syrian areas have witnessed mass exodus and reached a huge number up to approximately 13 million people displaced within the Syrian territory and refugees abroad, in the midst of difficult living conditions that lack the most basic means of living, due to the lack of services and possibilities provided by humanitarian organizations in this regard.

The areas that have been taken as a safe haven away from the civil war taking place in Syria are the areas of Democratic Autonomous Administration (DAA), which received hundreds of thousands into those areas from various Syrian territories, seeking security, stability and decent living, which currently includes more than one million among those who are in the tents allocated by the Democratic Autonomous Administration as well as those distributed within the cities and towns of those areas.

Co-chair of the Development and Humanitarian Affairs office in north and east Syria Abdul Kader Muhad noted in this regard, "There are currently 200,000 people in the villages of Deir ez-Zor, 70 thousand in the city of Manbij, and 100 thousand in al-Tabqa, in addition to the large numbers of others who are within the areas of DAA, including al-Jazeera and the Euphrates."

He added "The camps, which are sponsored by the Democratic Self-Government of North and East Syria and formally registered by the United Nations in different regions of its geography, include 93,600 displaced people from various Syrian territories who have been forced to flee the war that is taking place there."

"In terms of the number of people living in the DAA camps in East Euphrates, which is officially registered with the United Nations, the administration has 10 official camps in which it operates," Muhad said. The month of February last 93600 displaced from various areas of Syria. "

Abdul Kader Muhad pointed out "Dozens of other camps allocated and sponsored by Democratic Autonomous Administration but are not registered by the United Nations or humanitarian organizations that cooperate in providing services to the displaced, and that these camps are concentrated specifically on the outskirts of al-Raqqa and eastern and western countryside of Deir ez-Zor, only the Democratic Autonomous Administration of North and East of Syria is providing services to them. He pointed out that approximately 300 thousand displaced persons are displaced to the administrative areas and reside within the old government buildings and institutions which is also shared with their relatives.

The DAA areas of the north and east of Syria have managed to accommodate the Syrian refugees from harboring refugees in their territory as a result of the wars in some regional countries, including Iraq, where more than 17,000 Iraqi refugees are currently living in al-Hol refugee camp. First of all, Iraqi refugees, and nearly 7,000 people and families of non-Syrian nationalities came to Syria through IS mercenaries, according to Muhad.

Co-chair of Development and Humanitarian Affairs of North and East Syria Abdul Kader Muhad said that the treatment is based on the resolutions and laws legislated by the United Nations. But here is a difference between the displaced and the refugee, the displaced has the right to move and work and exit and return to and from the camp to be considered within the territory of his country, as he is a citizen, and is not subjected to any measures except security check, but the refugee is considered a foreign in this country cannot be deal with in accordance with the displaced: the refugee is denied moving within the territory of the DAA or exit and return to and from the camp as the displaced, and he deals with according to the United Nations laws regarding them when you see their areas safe and can return to it.

Recently, there have been many waves of displacement from the last pockets of IS mercenaries remaining east of the Euphrates and specifically Hajin area and al-Baguoz village, as a result of the wars that are taking place there between the Syrian Democratic Forces and IS mercenaries, displacement waves coincided with mercenaries and their families' surrendering themselves to SDF, they were sent in convoys to al-Hol camp in the east of Al-Hasakah canton.

"The truth is that the number of displaced people and refugees from Hajin areas and recently from the village of al-Bagouz after the recent military operations against IS, was unexpected surprise. We thought the numbers were about 15,000, but we got large waves reaching so far 40 thousand displaced persons, who are being assisted in an emergency way in temporary camps until they reach al-Hol camp, where around 50,000 refugees and displaced reside in now."

Regarding the families of mercenaries who are present in DAA camps, Muhad pointed out that the conditions of these families are under discussion with all concerned parties in the United Nations, and are currently communicating with their countries to transfer their citizens from Syria. However, these invitations were not received by those countries concerned with the citizens who had joined the ranks of Daesh and are now at DAA camps. "

The co-chair of the Office for Development and Humanitarian Affairs of North and East Syria, Abdul Kader Muhad, explained that the military forces that threaten the security and stability of these areas are the ones who harass the displaced and limit their return to their areas such as the areas under the control of the Turkish occupation. "The displaced people need international guarantees to return, we call on the United Nations to fulfill the promises to return the displaced to their homes."

The co-chair of the Office for Development and Humanitarian Affairs, Abdul Kader Muhad, said at the end of his interview with our agency (ANHA) that the lack of humanitarian support provided by the organizations to the displaced is their official link of these parties to the Syrian regime and the Syrian regime's control of the crossings through which the aid is provided to these organizations, besides its intervention in distribution and reduction of the proportion to be sent to camps in the north and east of Syria, and this puts DAA under a heavy burden to help these huge numbers.

Regarding the report issued by the United Nations regarding al-Hol camp in the Democratic Autonomous Administration of North and East Syria, and the number of deaths among the exodus from the village of al-Bagouz and Hajin, the DAA met before the start of the recent military operations against Daesh with the United Nations, where the necessary supplies to address the crisis that may occur in the event of the influx of displaced persons into the liberated areas were discussed, but the United Nations has broken promises to provide the necessary supplies. 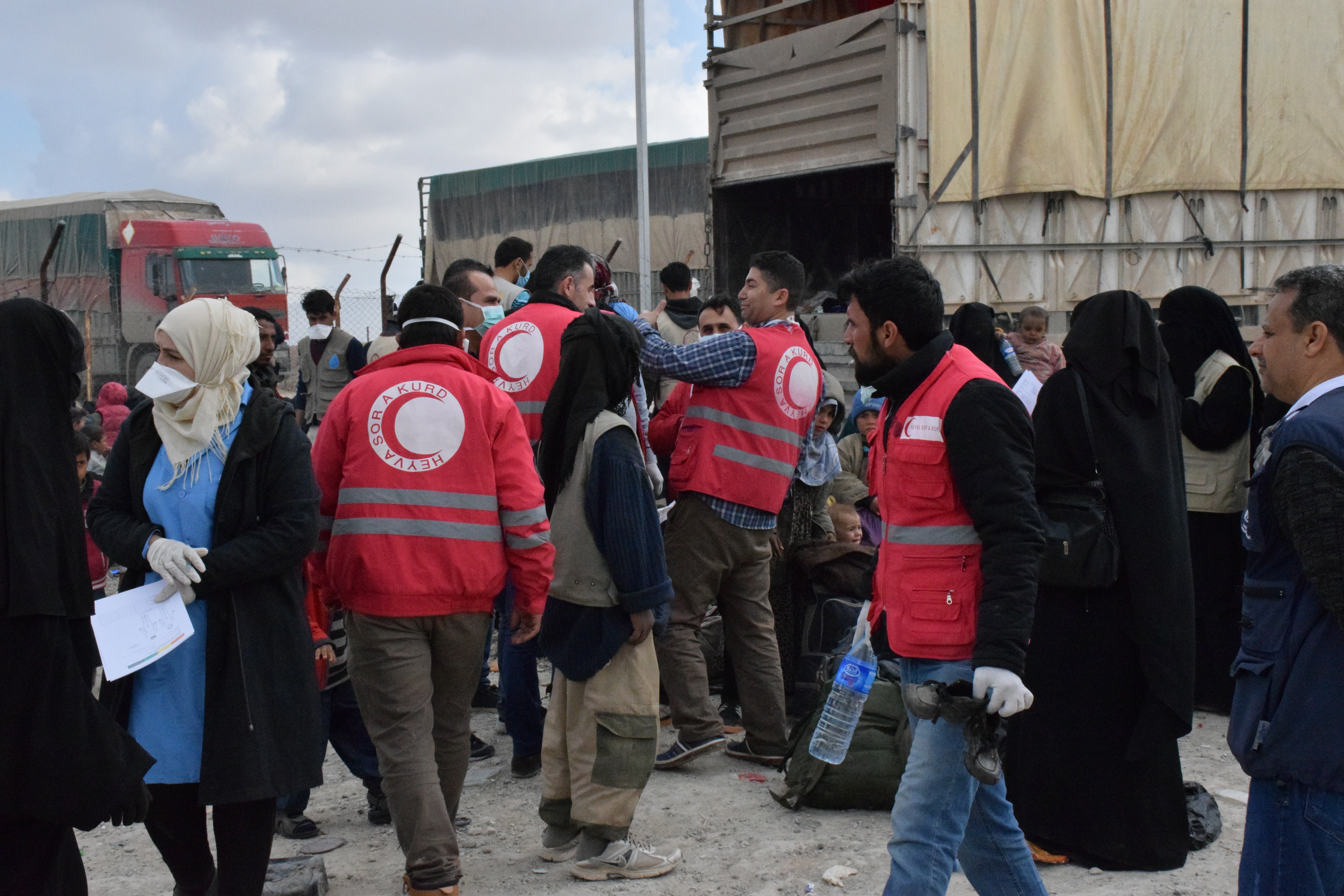 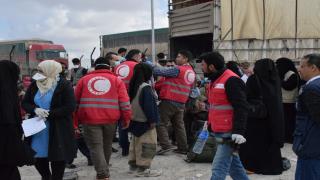 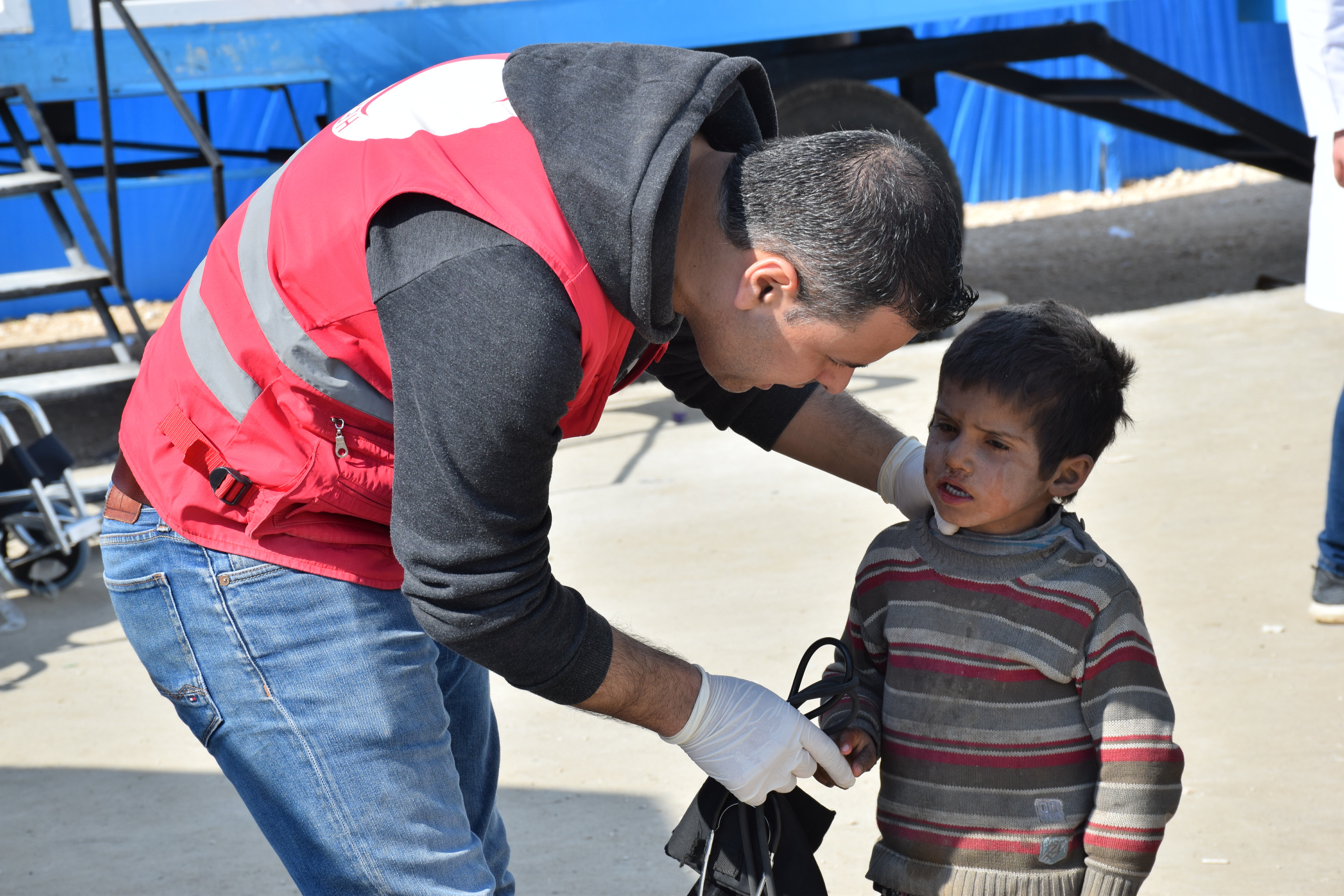 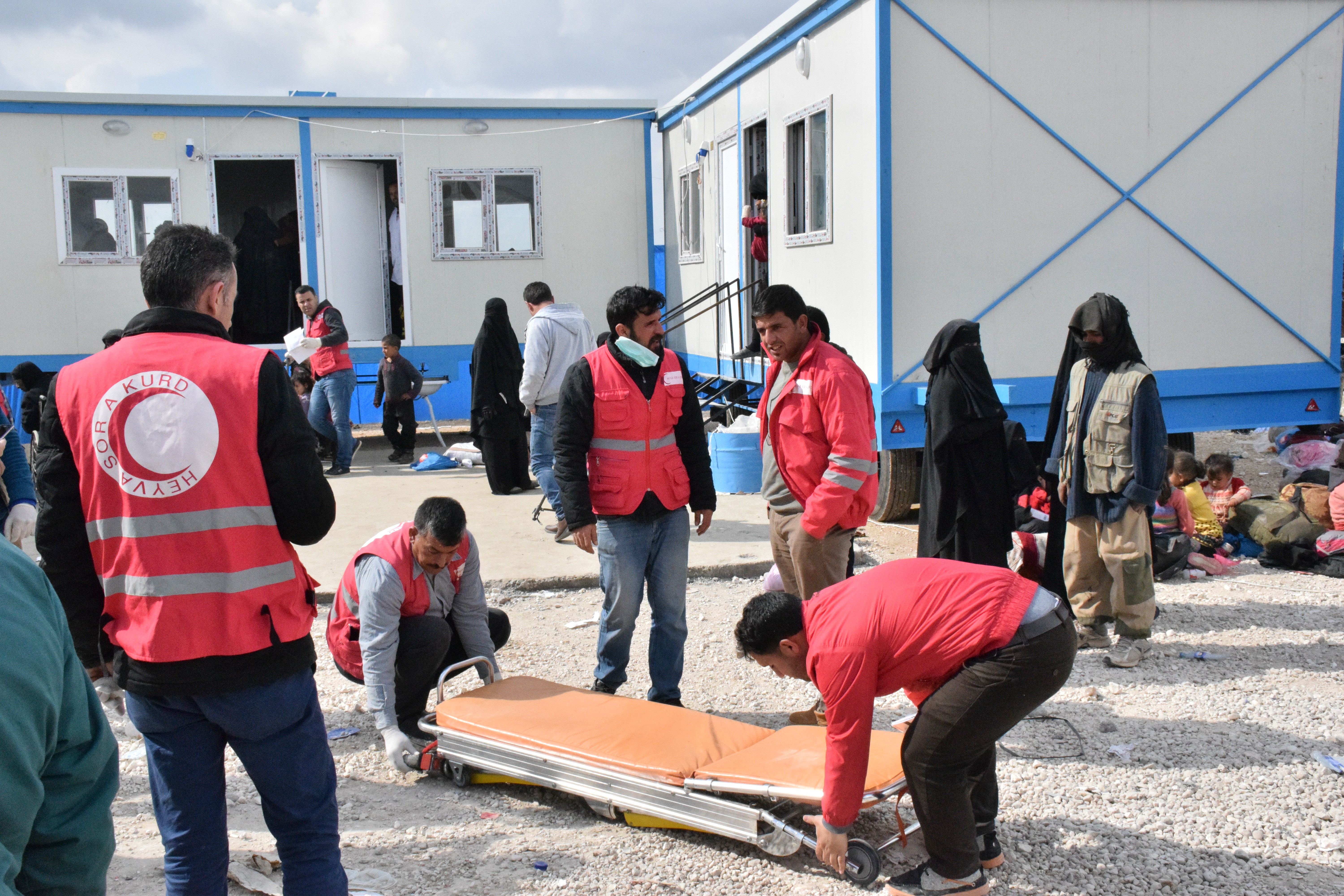 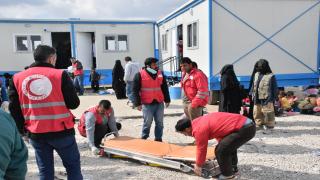 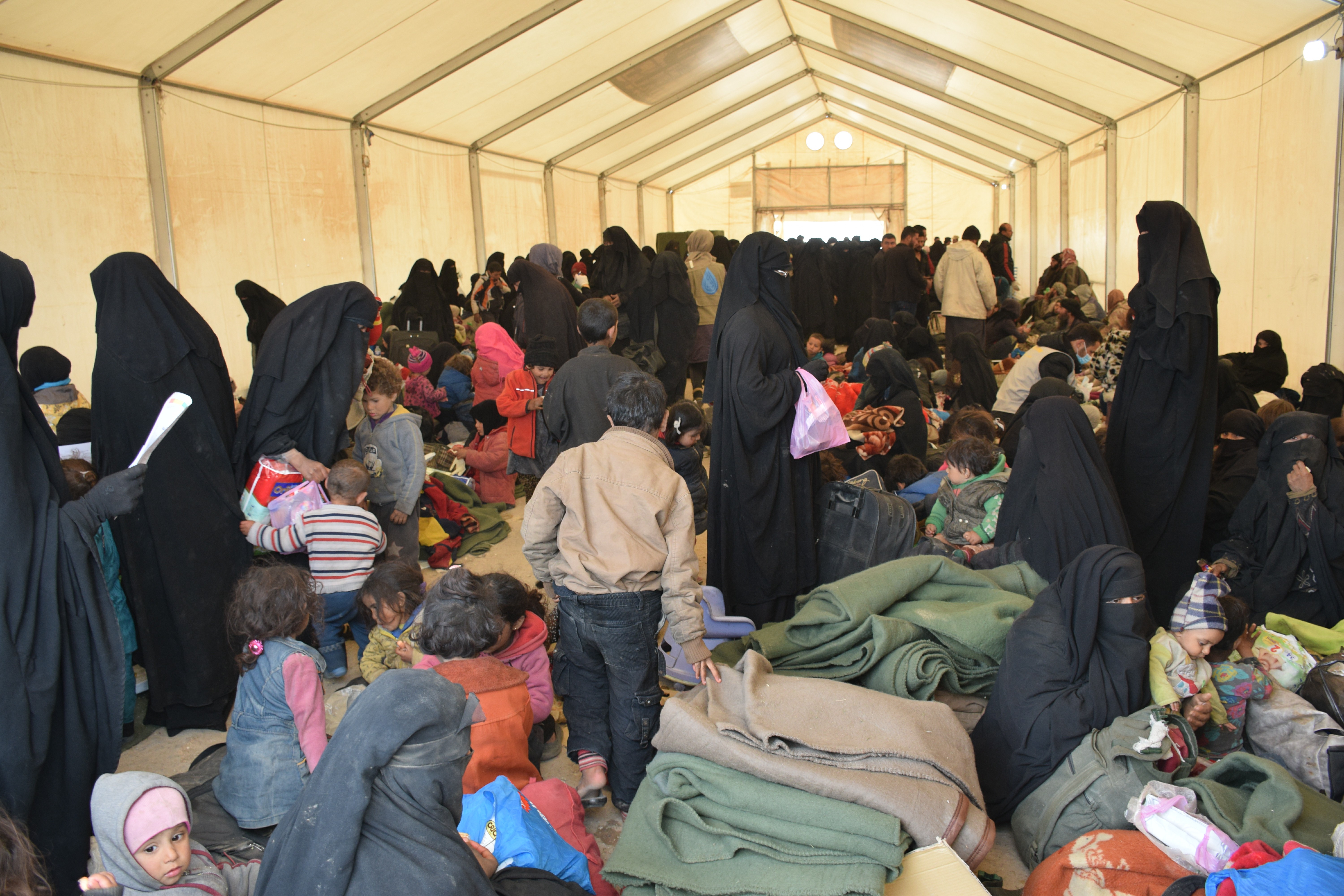 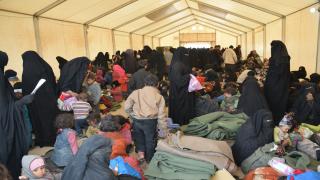 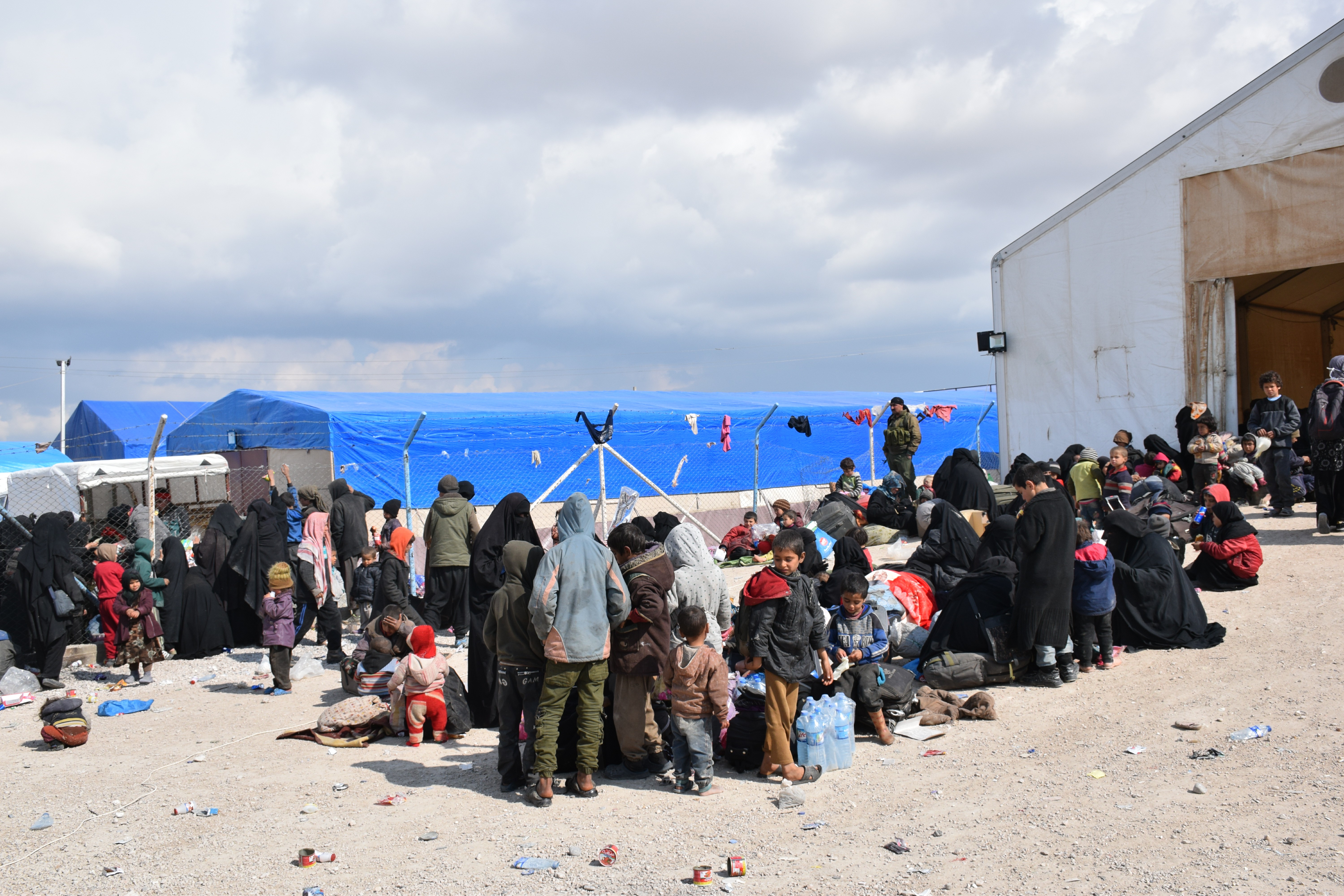 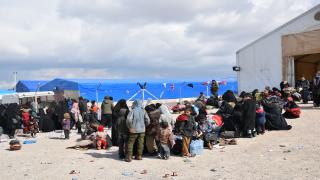 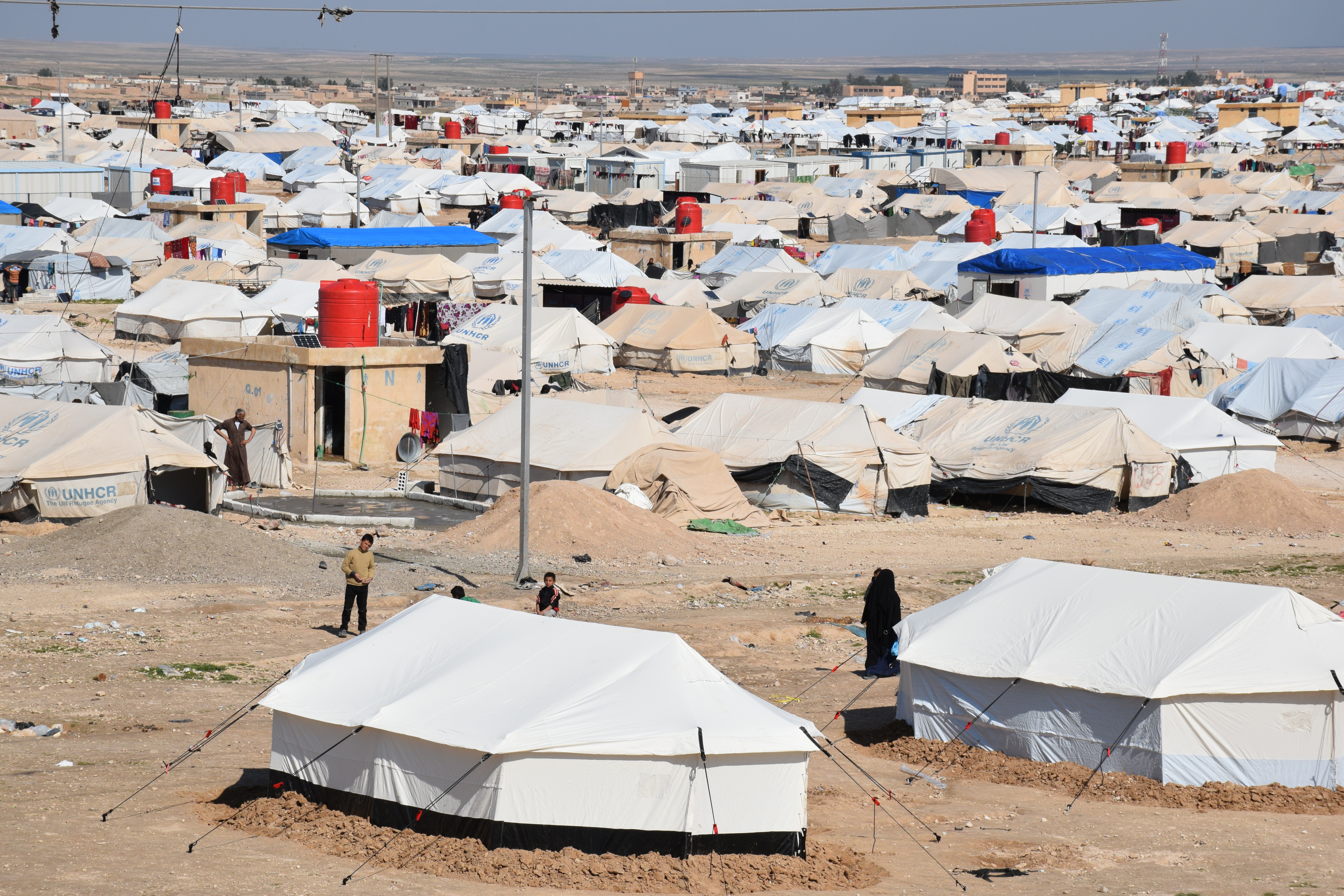 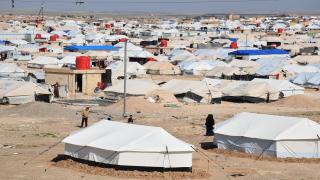 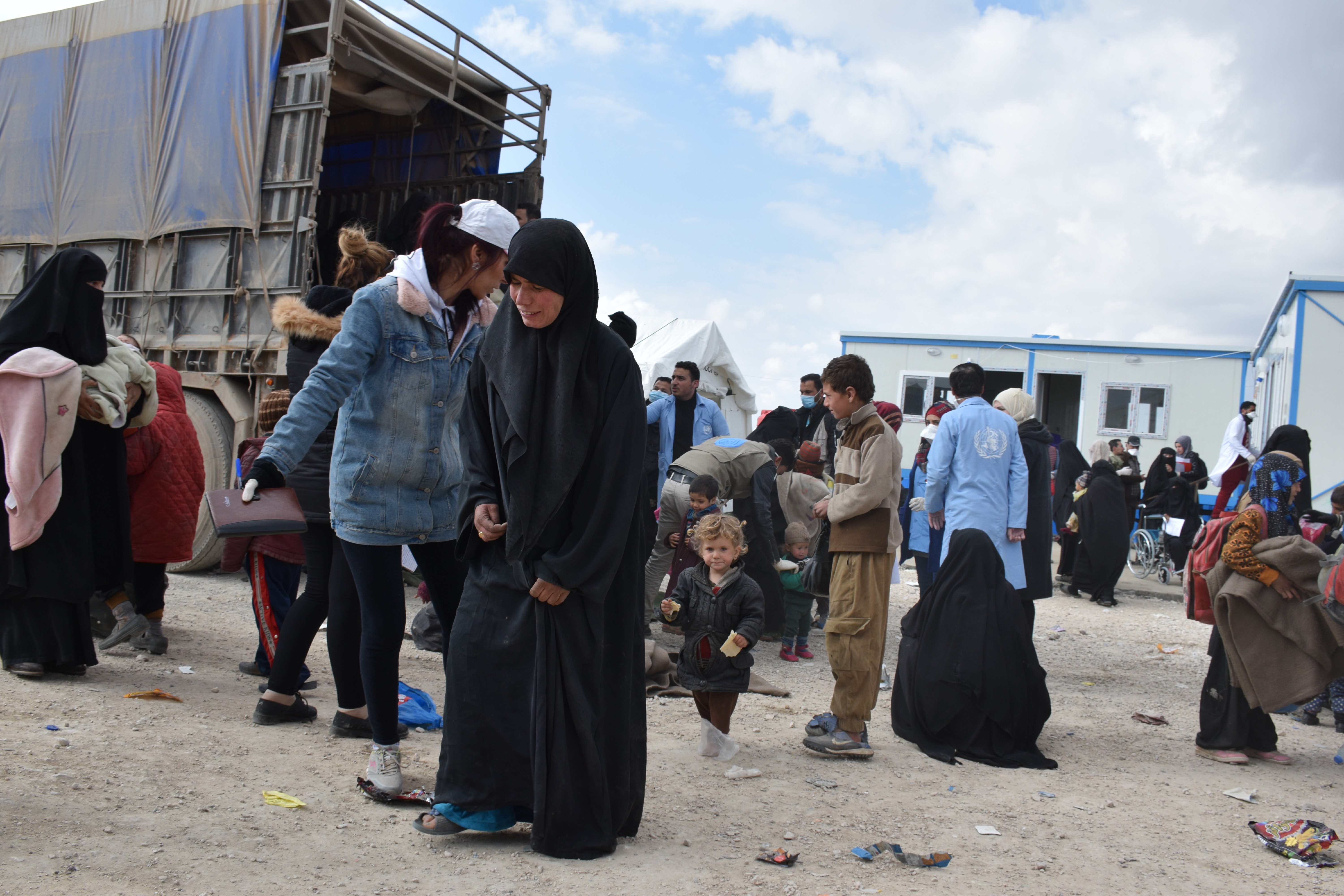 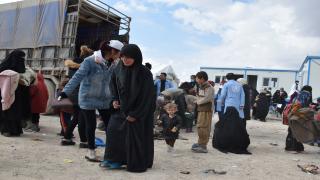 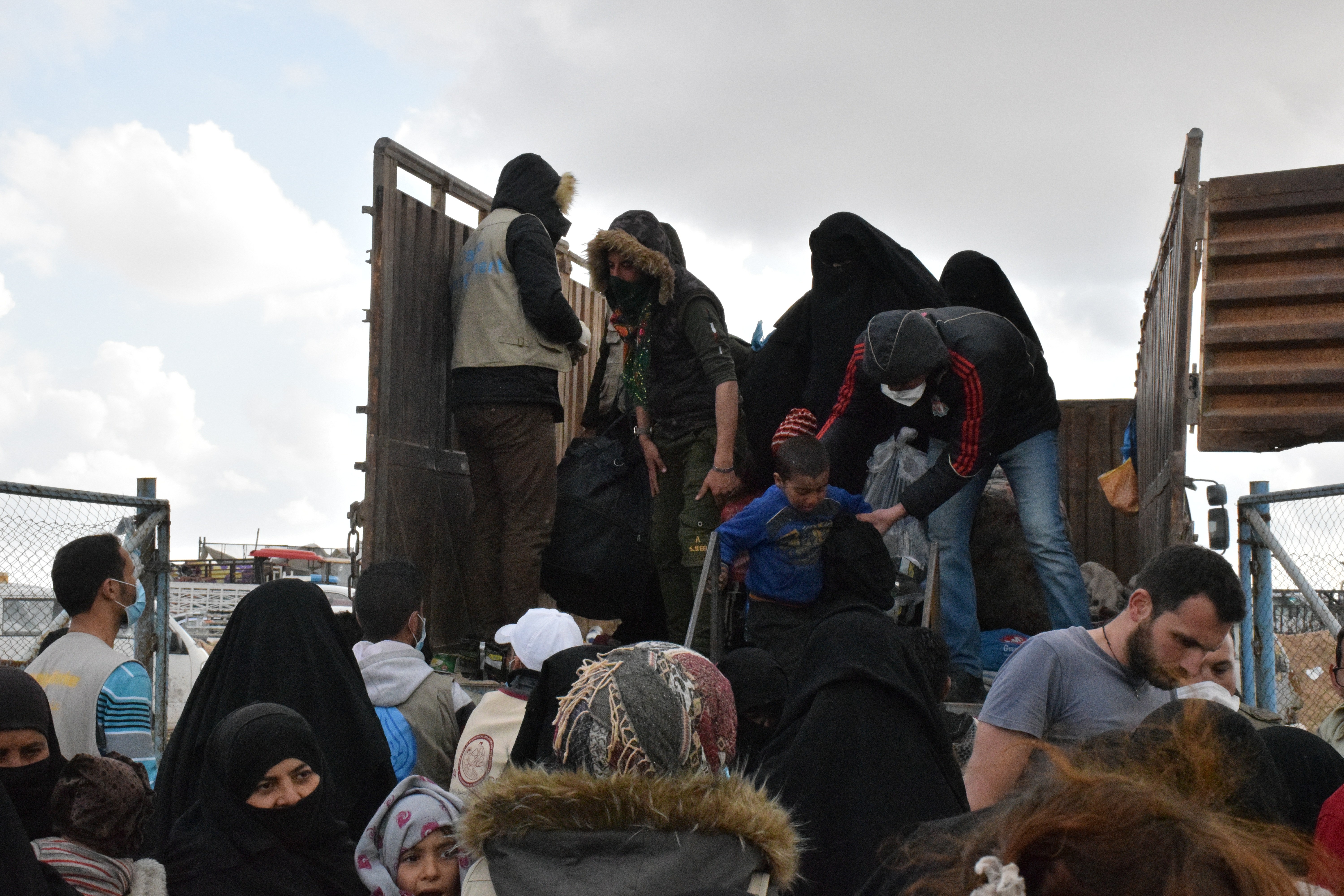 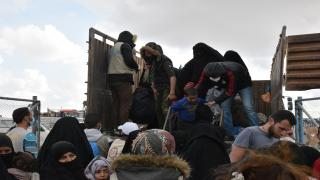 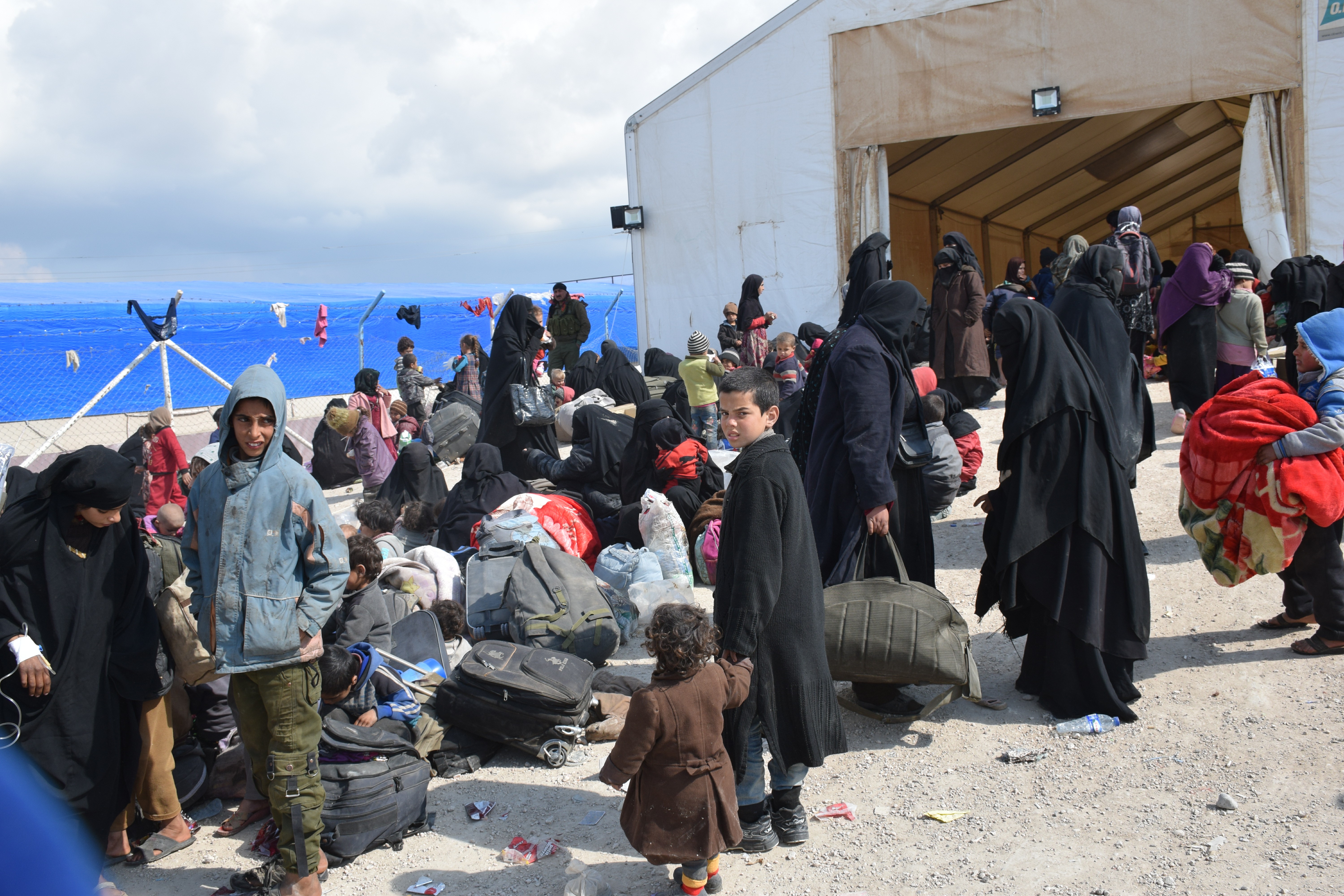 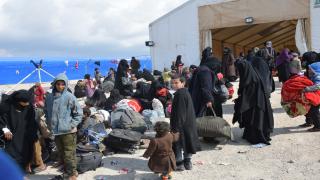