Hamid Al-Abd: Girê Spi is self-managed and differs from the rest of Syria 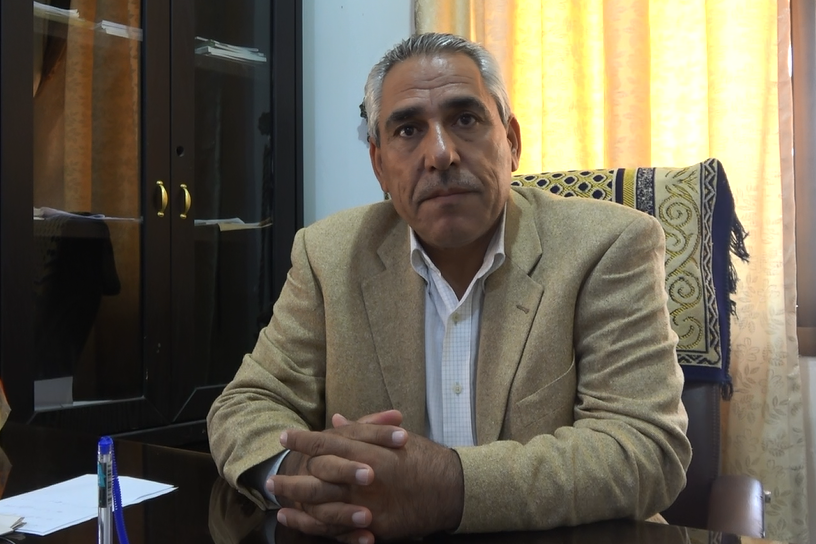 The co-chair of Girê Spi/ Tel Abyad Hamid Provincial Council, Hamid al-Abd, referred to the large difference in Turkish-occupied areas, as well as the Syrian interior and the self-administered province of Girê Spi, following its liberation from Daesh, pointing out that the Turkish accusations include the international community as a whole.

This came in an interview with co-chair of Girê Spi/ Tel Abyad Hamid Provincial Council Hamid Al-Abd, on the fifth anniversary of the People's and Women's Protection Units' liberation of the city of Girê Spi/ Tal Abyad border on June 15, 2015.

The following is the text of the dialogue:

In the midst of the Syrian war, how can one compare the areas of the Autonomous Administration with other Syrian regions?

In fact, it is clear that the prosperity and security of the Autonomous Administration areas of northern and eastern Syria, especially the city of Girê Spi / Tel Abyad can be seen.

The difference is very large between our regions and the cities controlled by the armed groups, whether in the areas of the regime or the control areas of the so-called free army, and this is apparent to the public, dealing with the logic of gangs and fear throughout the day of the bombing here or there, is not like dealing with the logic of the official security force and live with a decent life, these differences are known to everyone and many daily live.

When we talk about the security force and its effectiveness and its impact on the creation of security and stability in our areas, this does not mean that there are no security breaches. There are rare violations. However, when we read the general situation, we see attempts to destabilize and create strife among our Syrian people.

I can say that it is unfair to compare our situation in northern and eastern Syria with the situation of Syrian citizens under Turkish occupation and the control of the Syrian regime and its militias, from security chaos to high prices and scarcity of materials, as well as the administrative form that looked worse than before in those areas.

How did of the Autonomous Administration begin in Girê Spi/ Tel Abyad after its liberation?

"The experience of the Autonomous Administration is the perfect alternative to all the forms of governance that our people have suffered over the past decades.

We started forming our local councils, which in turn managed the work of the people. We also formed the Notables Council which contributed to the resolution of differences between the people and the rejection of sedition without resorting to courts that have been manipulating the issues of our people over the past decades.

The most important step in the past few years was the elections in the north and east of Syria, where the Syrian people were democratically elected, the co-chairs of the communes, the smallest administrative unit in the of the Autonomous Administration system, this was a historic event at a time when other areas of Syria were witnessing civil strife supporting external agendas.

How effective are the institutions of AA in the canton after liberation?

We faced many difficulties, acts of sabotage and bombings in the city in retaliation for the system that was applied in the canton, until the threats to us in our homes came in offensive terms, for example "You are infidels and you are traitors," but we continued to manage our affairs.

I can only say that the service committees in the Autonomous Administration have managed to promote the city from the reality of darkness to prosperity, from enlightening the city and dozens of villages, as well as paving dozens of major roads in the city and its countryside, as well as rehabilitation of hospitals, gardens and schools and the construction of mosques.

The security system built by the people of the canton cannot be forgotten, and the Internal Security Forces have great credit for bringing the city to its present day, and the traffic department that keeps the city safe from accidents.

We are now in the process of repairing bridges, waterways and other projects, which cost up to 500 million Syrian pounds in the province.

How do you see the Autonomous Administration in Girê Spi/ Tel Abyad amid Turkish threats, and what position the international community take?

We have always respected good-neighborliness and preferred peace over war. The Turkish government accuses us of terrorism. We are the ones who have eliminated the terrorism that Turkey openly supported. Is anyone defending their land a terrorist?

Our people have reached full conviction about what Turkey is trying to do with the politics of Turkification and the imposition of its agenda. This has been reflected in dozens of meetings that brought together tribal sheikhs and politicians of the region, and shows that our people are committed to managing and maintaining the unity of their homeland during the past years, the strength of our people.