Continuing its violations and criminality, the Turkish occupation on March 21 removed workers from the Alouk station, and deprived again the cities of Hasaka canton from water, which hosts thousands of displaced people from the areas of Serekaniye and villages near the clashes.

After the Serekaniye occupation, the Turkish occupation and the Syrian National Army mercenaries cut off the water from the city of Hasaka, for nearly two months, but after several interventions from the Russian side, the water was returned to the city, and maintenance workshops were entered into the station.

On the 24th of last February, the occupation and its mercenaries removed the workers from the station again, and they also stopped them from working, but after a period of a week, and several meetings between the Russians and the occupation, the station returned to work again.

The co-chair of the Water Directorate Suzdar Ahmed explained earlier to our agency that they are in the process of implementing alternative plans to draw water to the city of Hasaka.

On these plans, the water directorate in Hasaka canton held a press conference at Al-Hama station, on the start of the Al-Hama project, which is located in the Alouk station, east of Serekaniye, which was occupied by the Turkish army with mercenaries of the "Syrian National Army".

The conference started with a speech by the co-chair of Hasakah Council, Abd al-Ghani Ausu, who said at the outset of his speech, "More than four months and the Turkish occupation with its mercenaries occupy the secret of its location and its villages, which led to the cessation of all services in it, including the Alouk station, which stops For the third time since its occupation, which is a strategic station for the city of Hasaka to pump water to it. "

Abdul Ghani Usu added, "Various pretexts are invoked every time they stop pumping water, including electricity, or that the wells are broken. The methods that the Turkish state is far from human and moral. Many parties have interfered with the issue of providing water."

"We say we do not accept things under pressure and coercion, and we are ready to face all the difficulties that the Turkish state imposes on the people, and we will try to meet the demands of our people according to the capabilities available to us," Abdul-Ghani Usu continued.

"We appeal to international and humanitarian organizations to pressure the Turkish state and its mercenaries to re-pump the water again," he said.

For its part, the co-chair of the Directorate of Water in Hasaka canton, Suzdar Ahmed said, "After the Turkish army and its mercenaries occupied the Alouk station for the third time, we dug several wells in separate areas in Hasaka, until we got a suitable drinking water site within international standards."

"The site will be in the Hama region, the number of wells is 50 wells, with abundance of 13 cubic meters per hour, or about 600 cubic meters, the sum of all wells. Today we started the project, and the duration of its implementation is 29 days, where the wells will be ready to pump water."

Suzdar said at the end of her speech, "These wells will not be up to the level of Alouk station, so we are seeking to find many other places to dig." 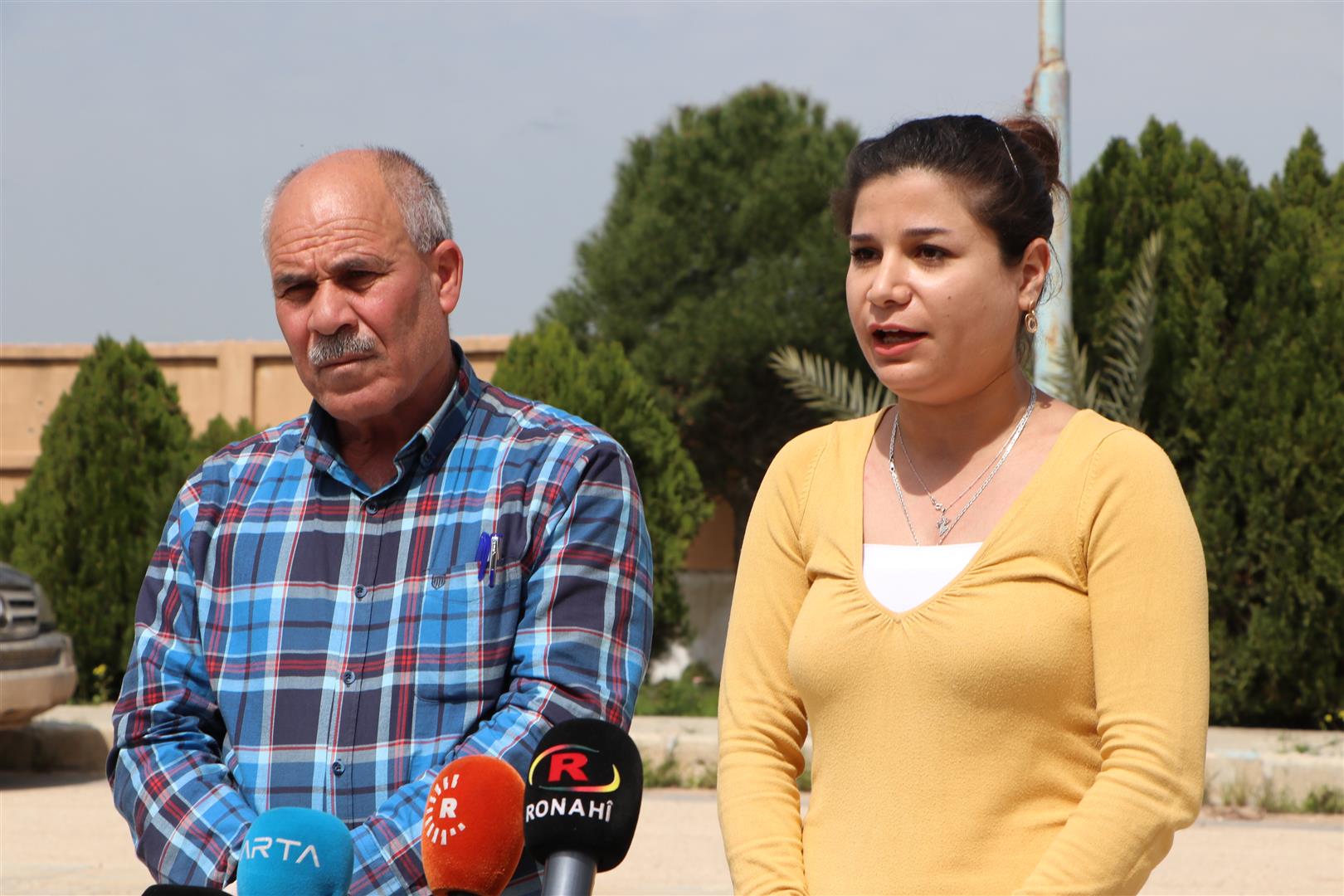