Yesterday evening visited a British delegation including MPs and members of the House of Lords, British political parties and representatives of British trade unions.

The delegation was received at the center of the External Relations Department of the Autonomous Administration of North and East Syria in Qamishlo by representatives of Kurdish and Arab political parties and personalities from the Autonomous Administration, including the co-chair of the Foreign Relations Department, Abdul Karim Omar, and Amal Dada. Deputy co- chair Fener Al-Ka'it, Executive Committee Member of the Foreign Relations Department, Mezkin Ahmed, and co-vhair of the Kurdistan Democratic Change Party, Mezkin Zeidan.  Secretary of the Kurdistan Liberal Union Party Farhad Tello, Secretary of the Democratic Left Party Saleh Kado, and Secretary of the Kurdish Democratic Party in Syria (al-Barti) Nasr al-Din Ibrahim.

The parties held a lengthy meeting away from the media, which lasted for an hour.

Following the meeting, a press conference was held by the co-chair of the External Relations of the Autonomous Administration of North and East of Syria, Amal Dada, and the British Labor MP Lloyd Russell Mouille.

The press conference received domestic and international media follow-up, Amal Dada said "We exchanged views on many issues concerning the region, including the difficulties faced by the Autonomous Administration and military forces during the liberation of the region, and what they currently face after the liberation, and they discussed the pressures on AA, which is related about displaced and refugees.

"We discussed in depth the issue of the families of ISIS mercenaries and their children in the region and their impact," Dada said. They also explained the dangers of ISIS mercenaries in the SDF prisons and the need to prosecute them in the area where they committed terrorism. They explained the reality of Autonomous Administration and the representation of components in these departments, and how and why AA should be represented in the drafting of the new Syrian constitution, and about violations committed in Afrin canton.

Then the press conference will continue with Labor MP Lloyd Russell Mouille's speech. The visiting delegation today are representatives of Britain's two largest parties, the Labor Party and the Conservative Party. Experts, representatives and researchers in various fields, we are united in our view of what the people of the region have done to protect the world and the great sacrifices made in this regard.

"With regard to ISIS elements who are with the forces of the region, we will transfer this vision to the British Parliament, and we support the establishment of an international tribunal in the region."

The British MP "We have seen in Britain the extent of the region's gender representation in power and in the military, we will work and assist self-management in the field of environment and services, there is a lot to learn from AA in this context as well. As a delegation we have a visit program to most of the region's institutions, and we will seek to support infrastructure and reconstruction to undermine the radical Daesh mentality, and support the democratic system based on a democratic confederation. "

The delegation is expected to visit today the center of Autonomous Administration of North and East of Syria in Ain Issa district, 50 km north of the city of al-Raqqa in northeastern Syria. 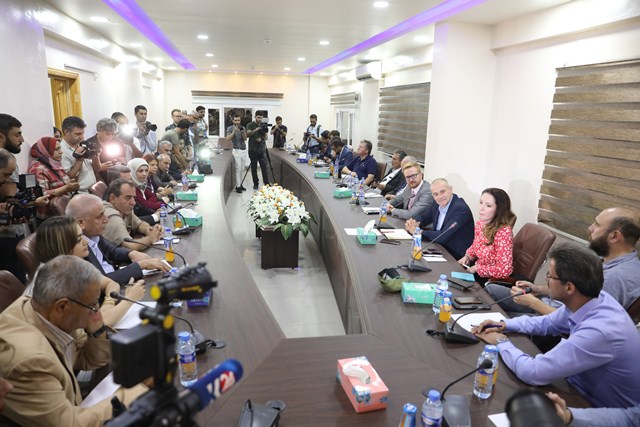 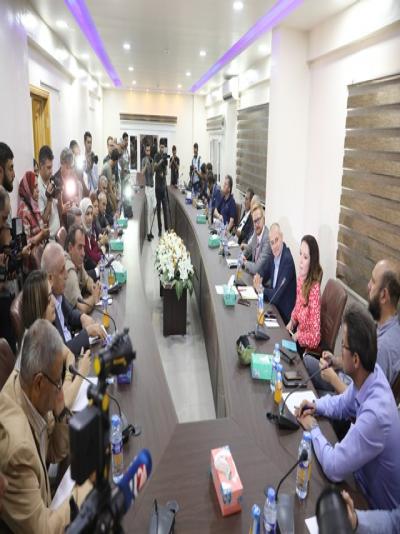 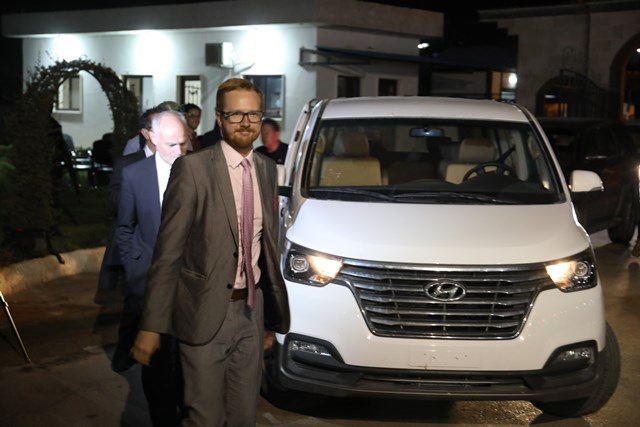 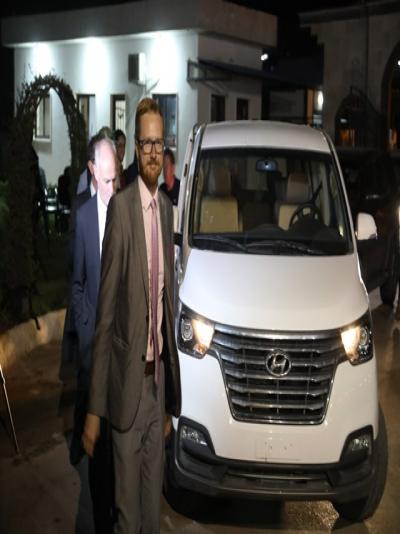 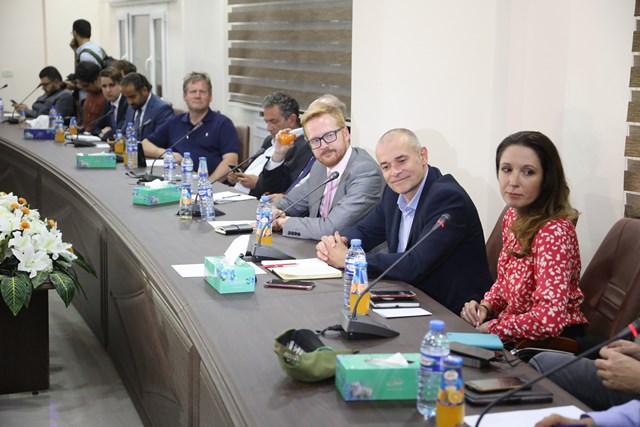 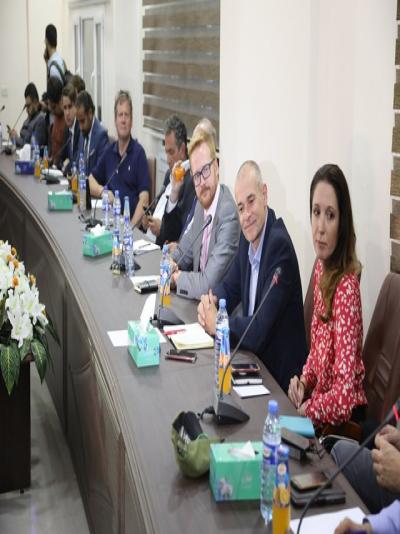 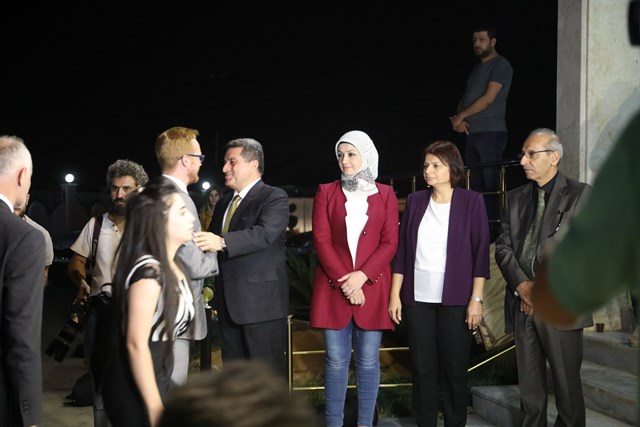 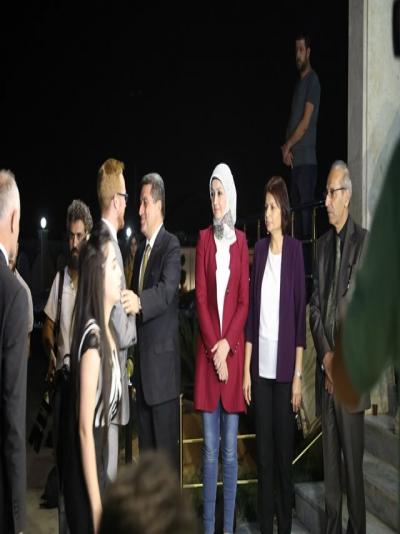 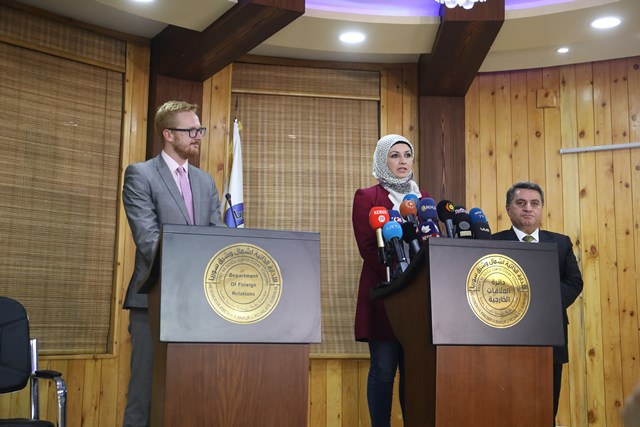 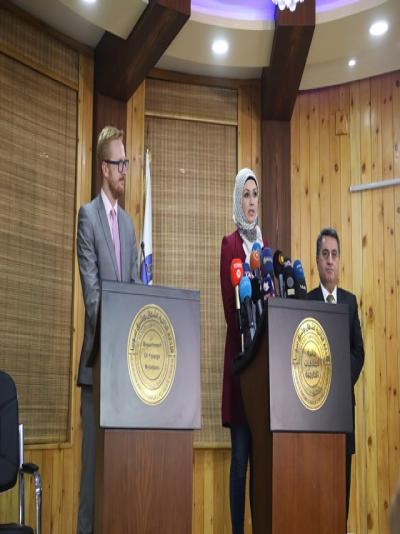 The people of Qamishlo canton condemned the attacks of the Turkish occupation and its interf...

Civilian injured by shelling in Ad-Derbasiyah

A civilian was lightly wounded by the bombing of a drones believed to belong to the Turkish ...
Old Website

Abu al-Gheit: situation in Lebanon is extremely grave... sliding into what is graver

- ​​​​​​​Kidnapped woman and her son removed from al-Hol camp, handed over to Yazidi house