Media activists Mazen al-Shami, Hazem al-Shami and Muhammad al-Shami were tortured by the gendarmeries of the Turkish state in Idlib province. A source from Idlib said the torture took place in Dorkush area of ​​Idlib.

" Activists published quoting Hazem al-Shami: "We are 6-member family with three activists; my son, Hazem al-Shami, and Muhammad al-Shami (cameraman) and me, my wife and other two boys.

Yesterday I and all my children were severely beaten by the Turkish gendarmerie from 2 am until 5 pm and throughout this time they make my wife witness torture. The reason for the torture was because we were trying to get out of Idlib to Turkey.

They tortured us with shovels and beatings on the face, dentures and abdomen. Sinking heads also in water for long periods, and forced us to collect the thorns from the ground with our hands, as well as doing distorted haircut.

Of course, we were 21 civilians, but we were the only ones who were tortured because they discovered that we were journalists by searching our phones. "

A video of Mazen al-Shami was also published on social media sites, and he was crying and talking about being tortured by gendarmerie.

While Mazen al-Shami published his account on Facebook. "This is how I and my family are treated after 9 years of revolution.

Thanks to all the revolution officials at home and abroad. A Turkish gendarme officer who tortured me in front of my family and tortured my children at the Syrian-Turkish border. That was their reaction because they knew I was a Syrian journalist. "

It is noteworthy that Mazen al-Shami supports the mercenary factions in Idlib, including Hayat Tahrir al-Sham and has pictures on his account on Facebook with the flag of Turkey at the background. 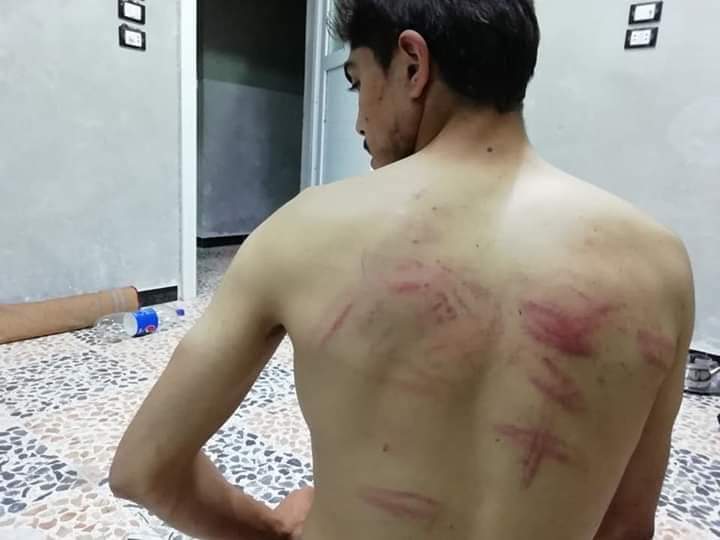 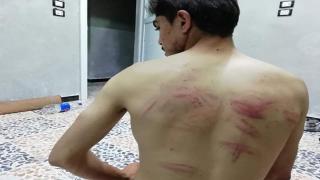 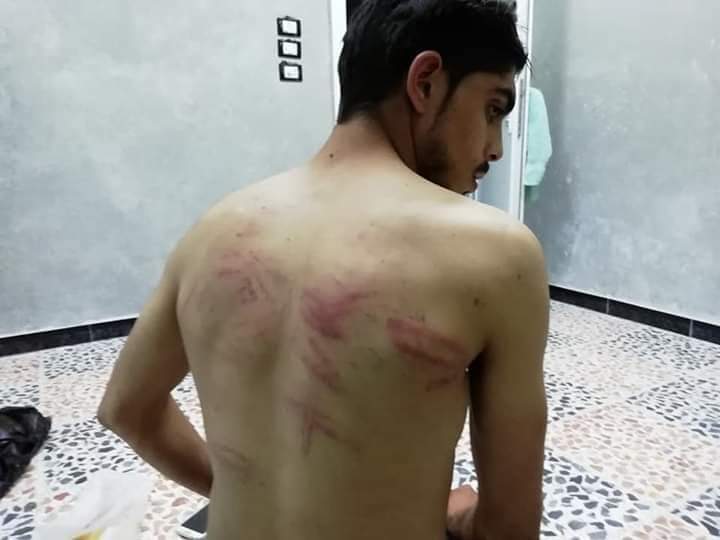 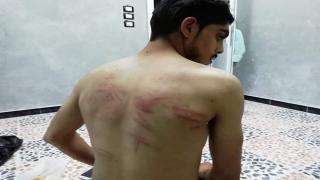 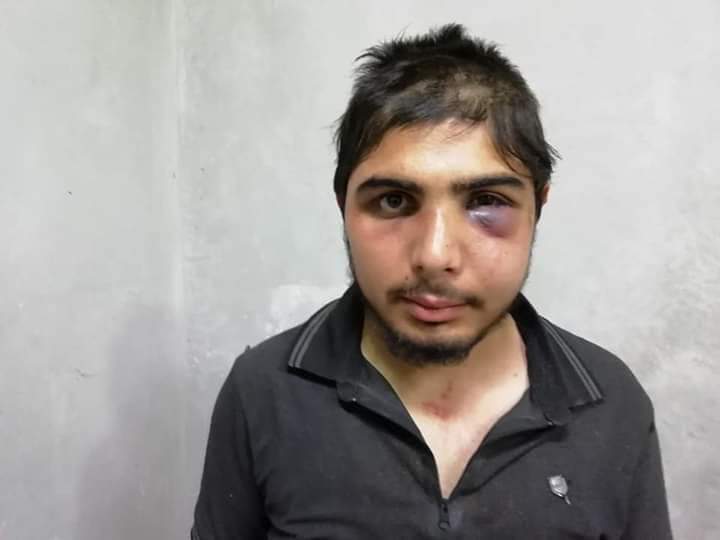 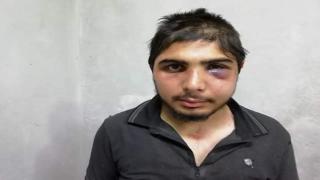 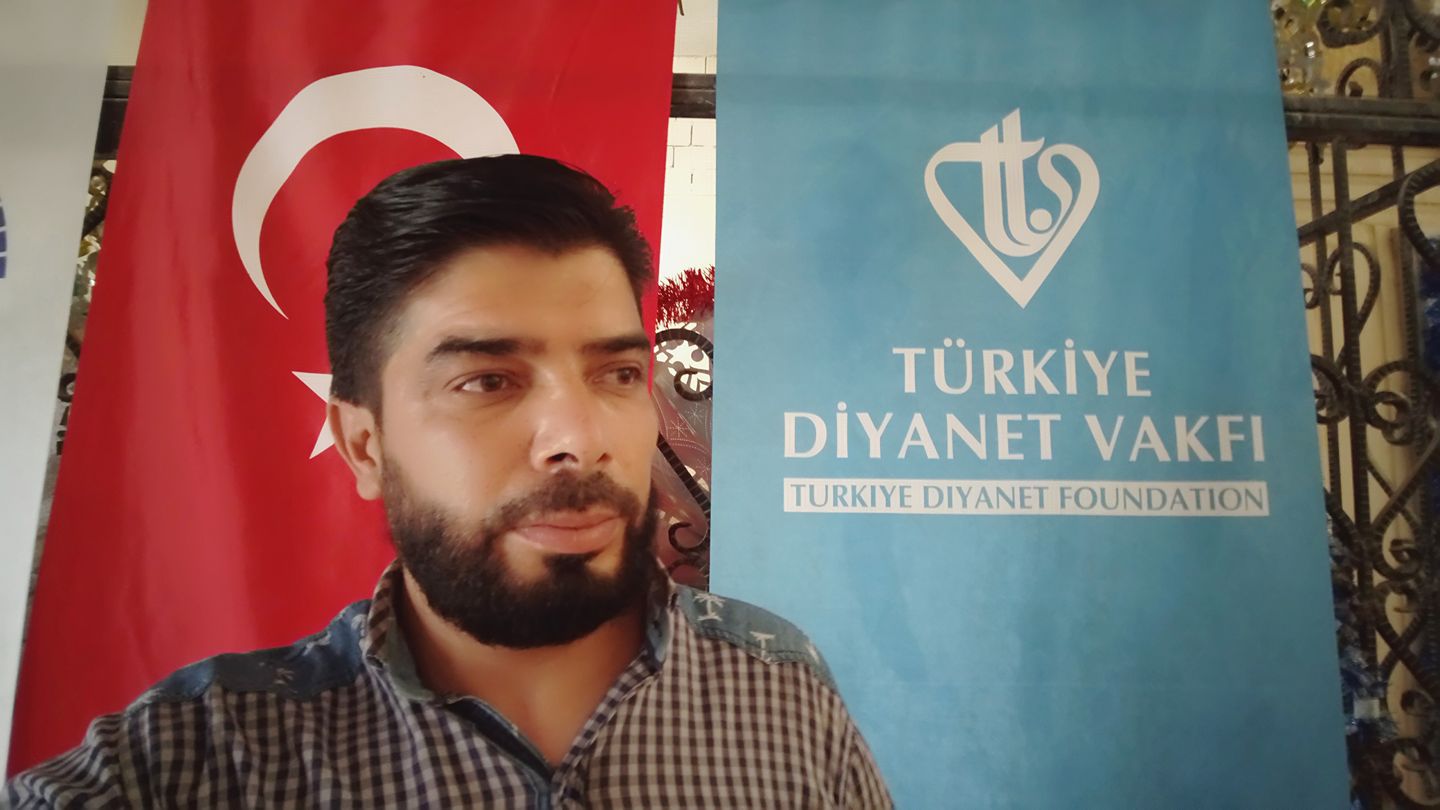 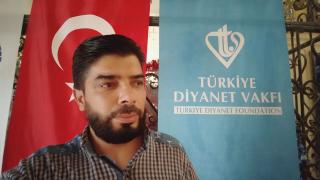 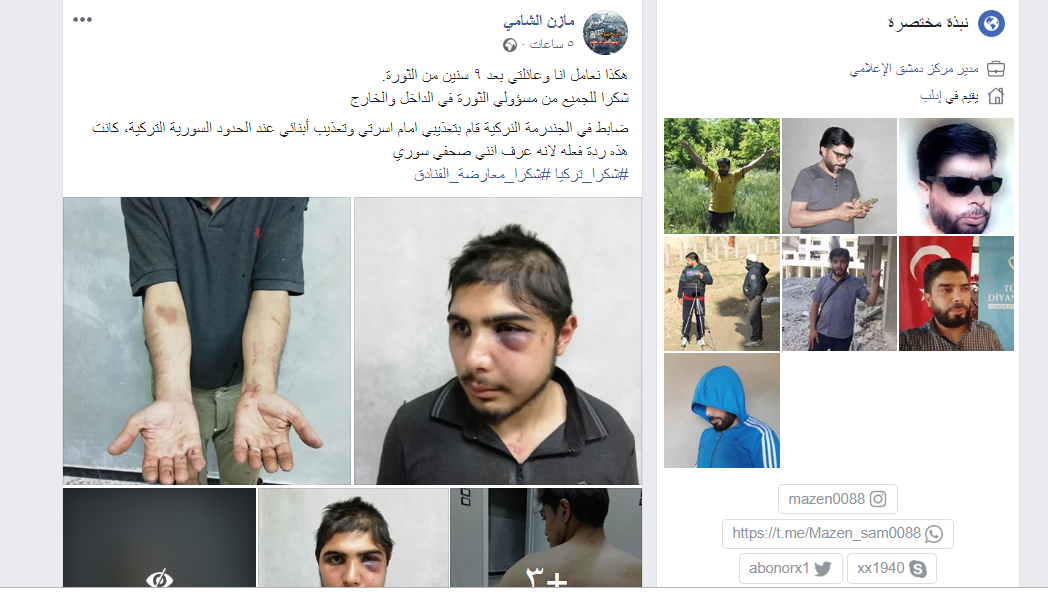 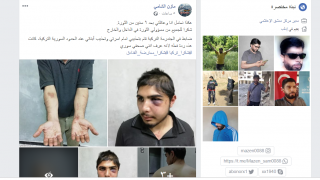 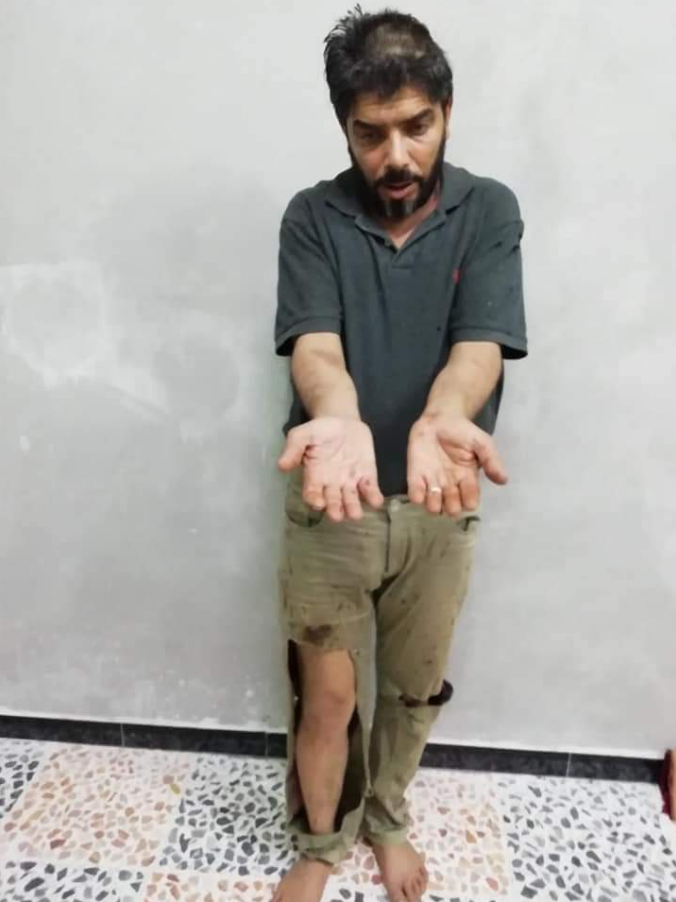 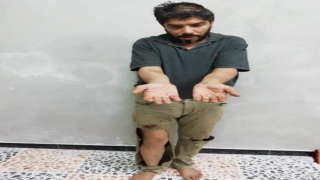 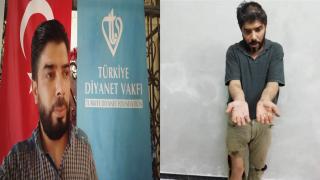