Today, thousands of people from Afrin region have gone on massive demonstration that Kongra Star organized in Al-Shahba district, to reveal the health of leader Abdullah Ocalan.

The demonstrators raised hundreds of pictures of the leader, and stressed their adherence to his thought and not abandoning him, as well as holding banners that read, in the Kurdish and Arabic language, "The freedom of the leader Apo is guarantee to build a democratic nation", and "in the spirit of free woman, we will destroy Imrali regime."

The demonstrators chanted slogans denouncing the isolation imposed on the leader Abdullah Ocalan, and demanding his freedom.

Speeches were delivered then on behalf of Kongra Star in Afrin by Thuraya Habash and and Malak Hussien on behalf of Free Woman Union in Shahba, where they denounced the international silence about the isolation imposed on leader Ocalan and assured that they would not stop activities and protests until the health status of the leader is revealed and he is released from Imrali Prison. " 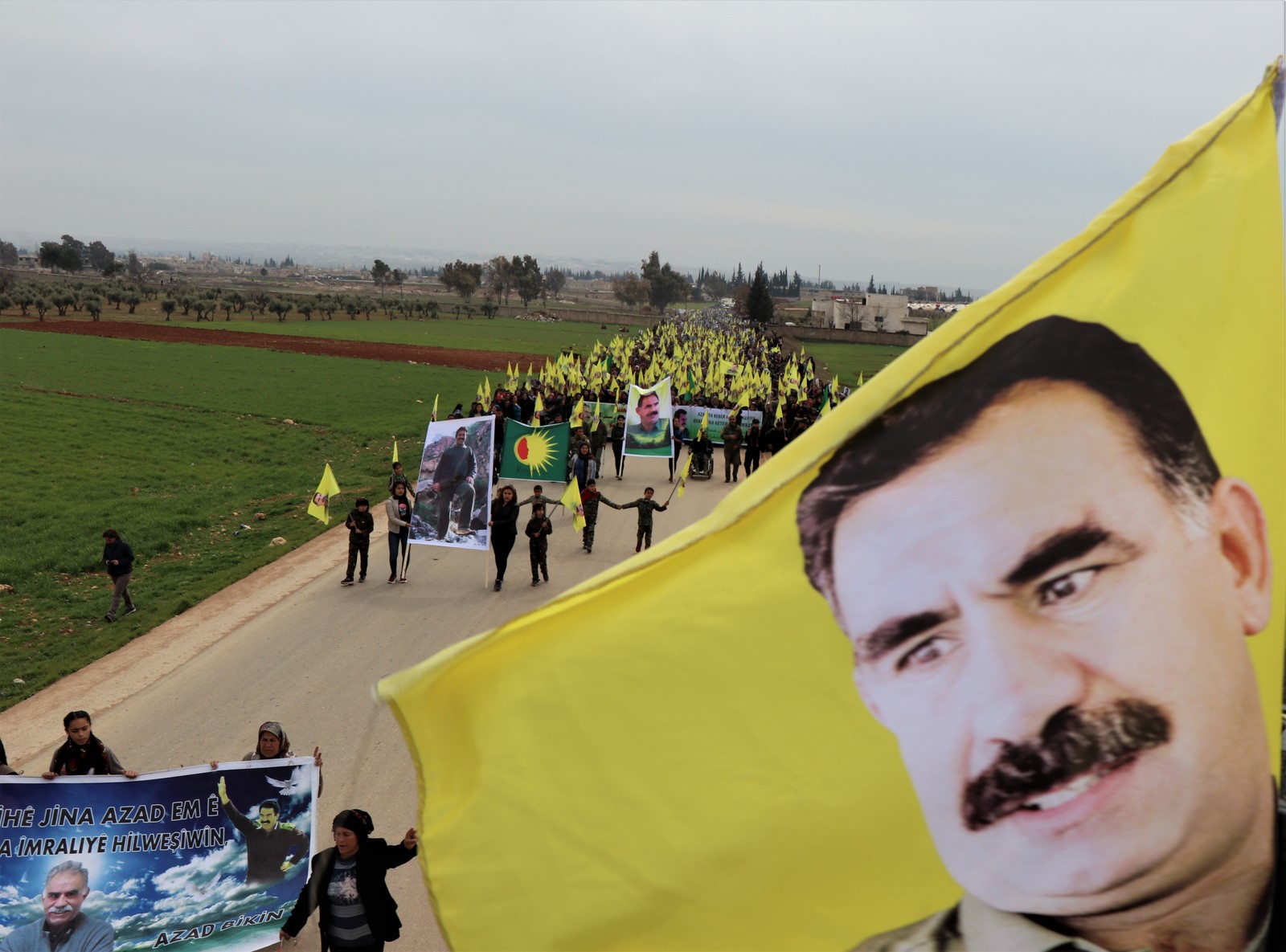 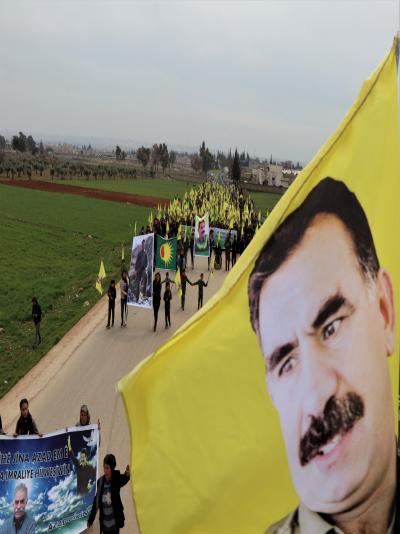 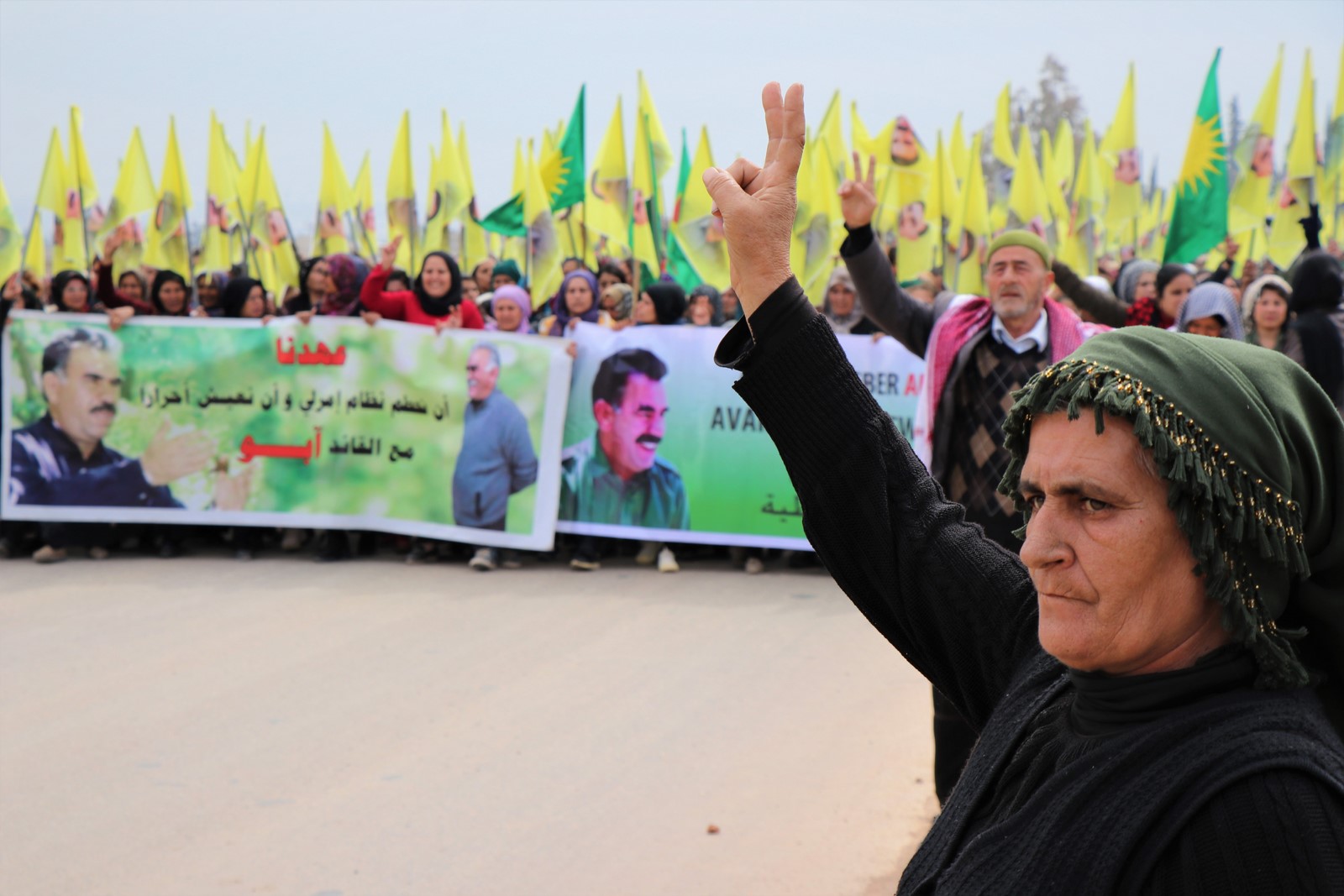 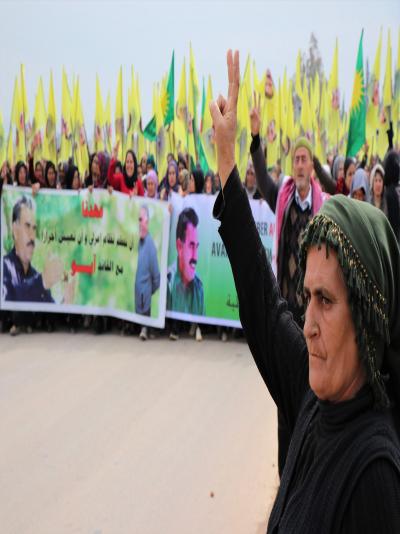 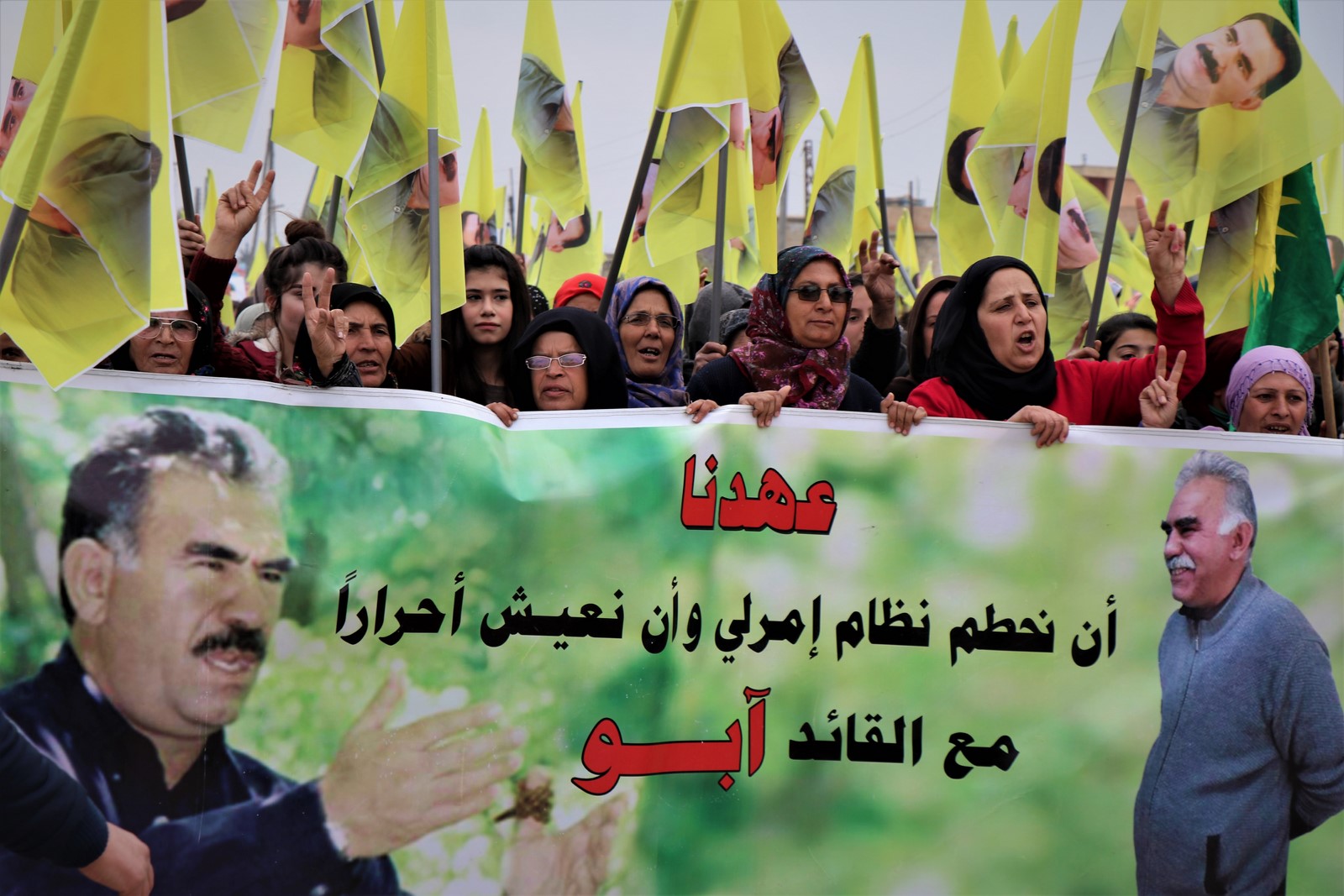 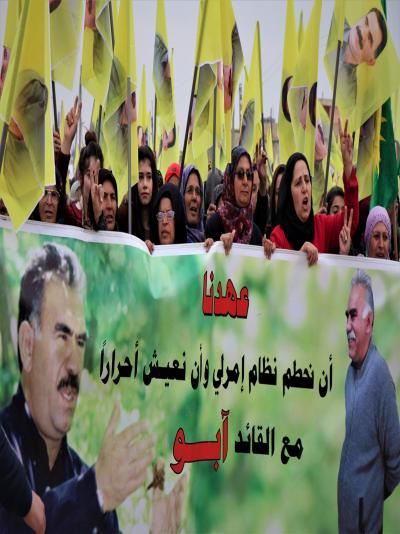 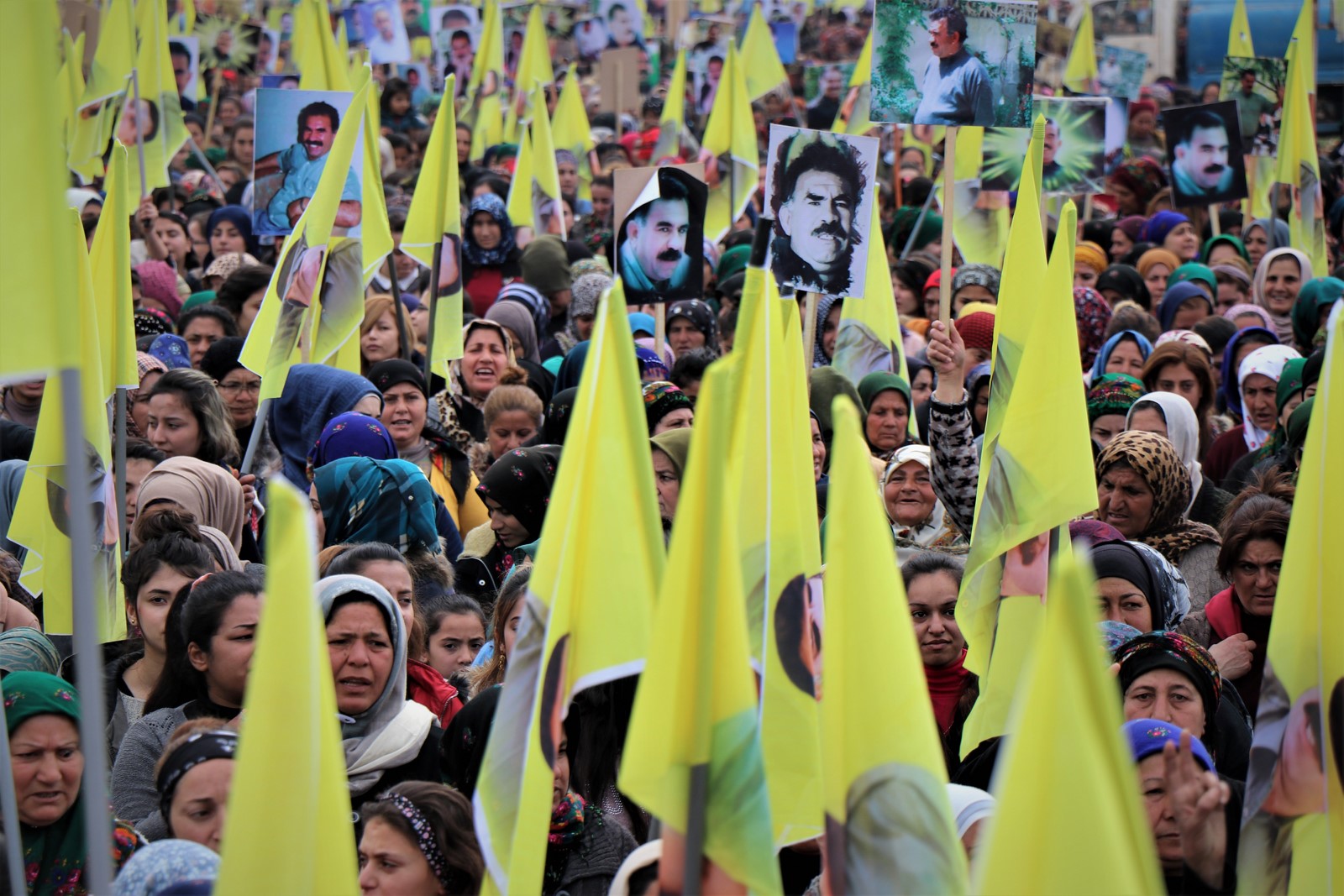 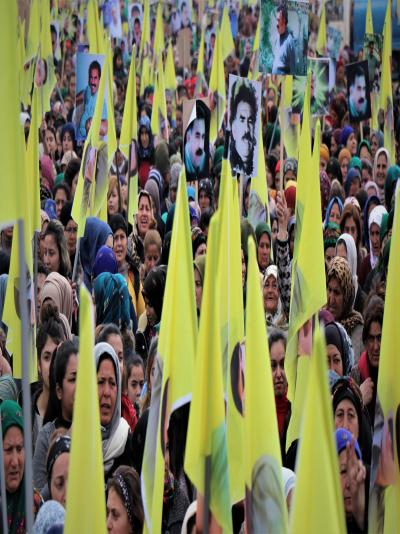 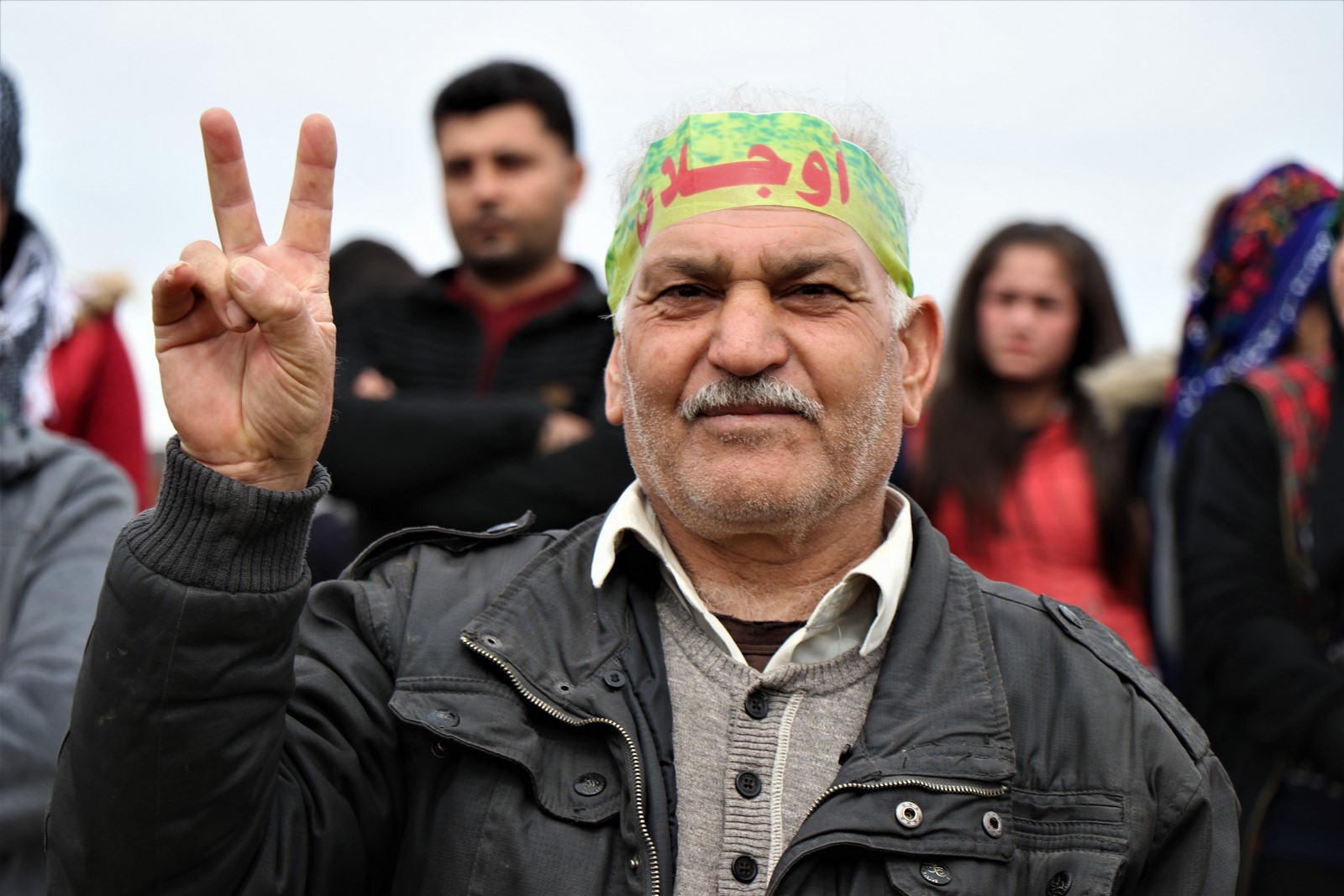 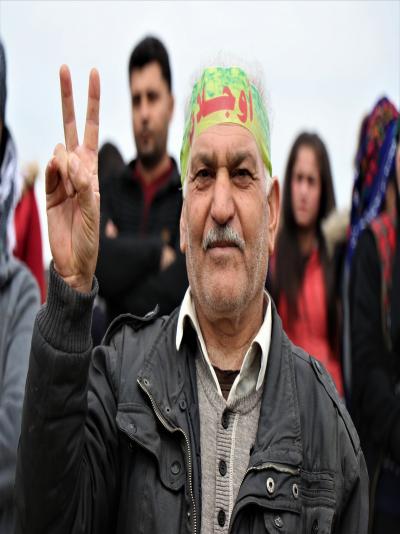 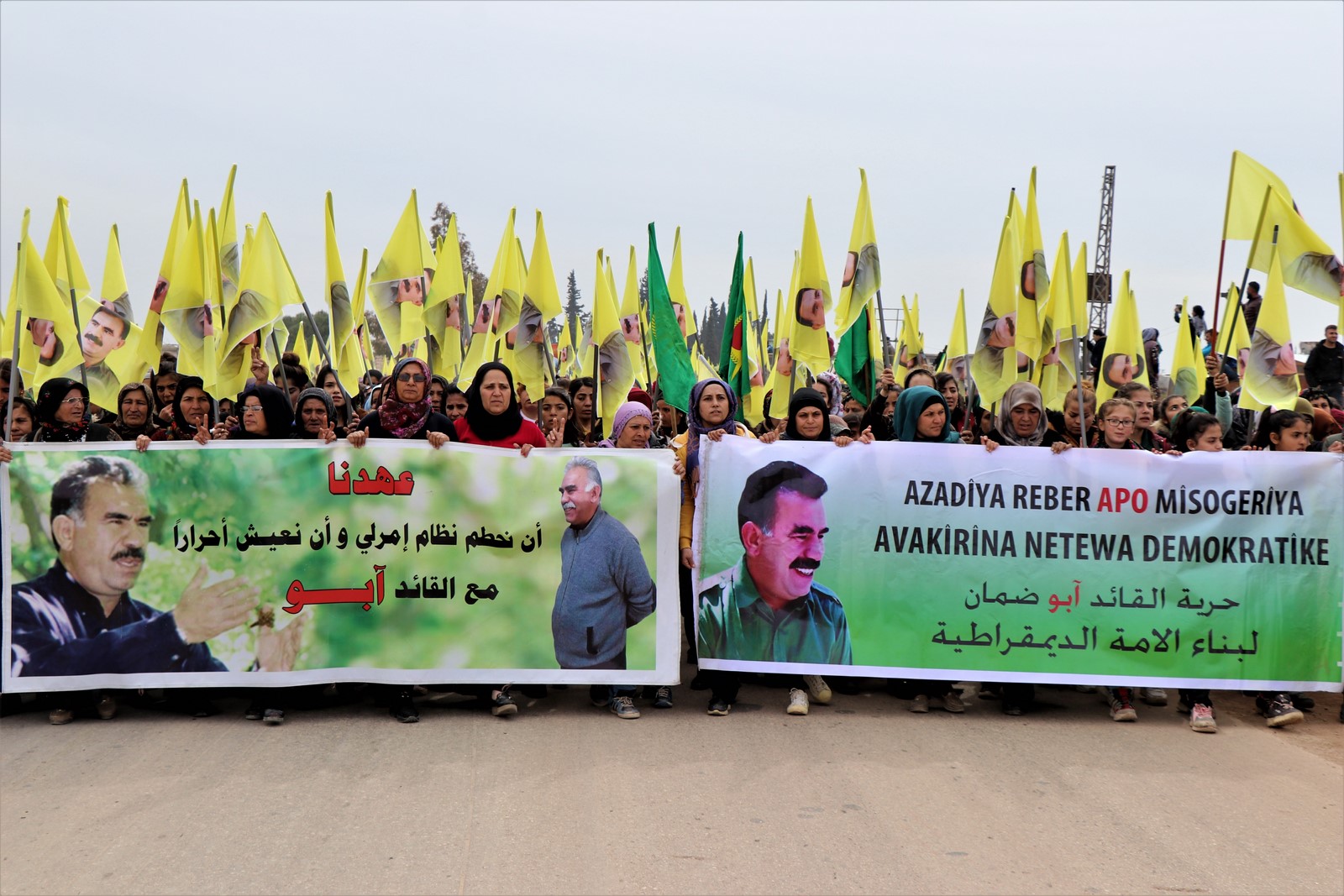 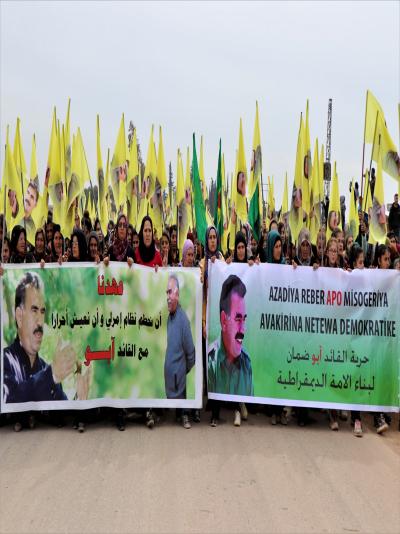 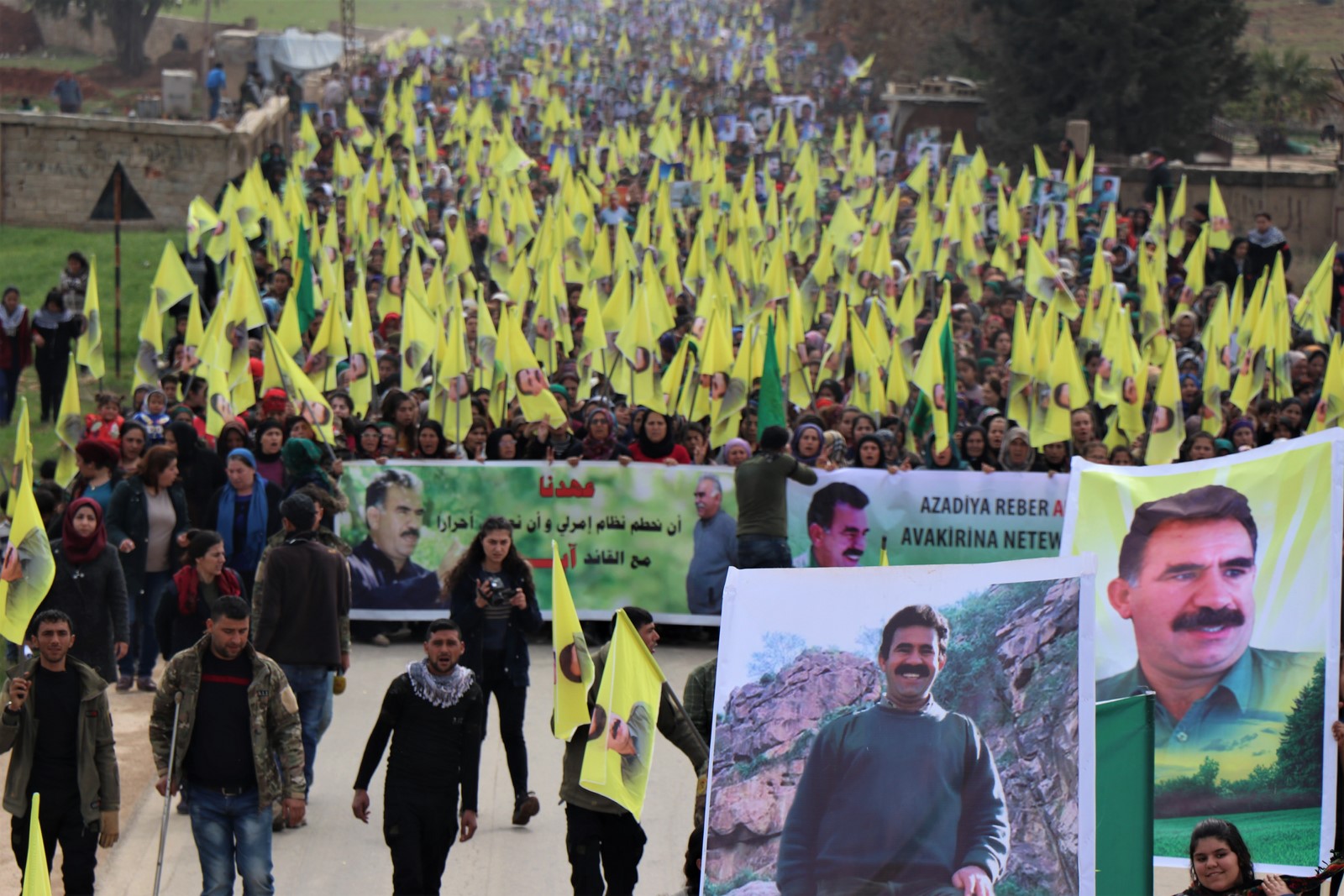 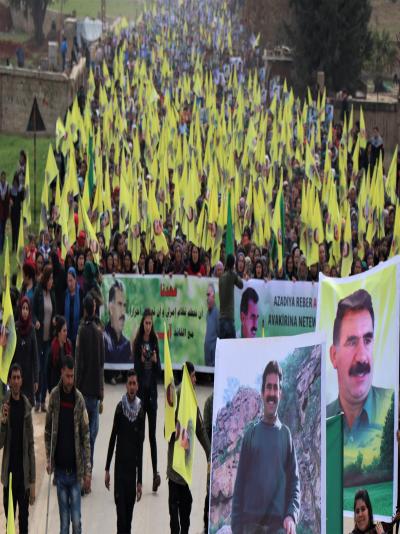 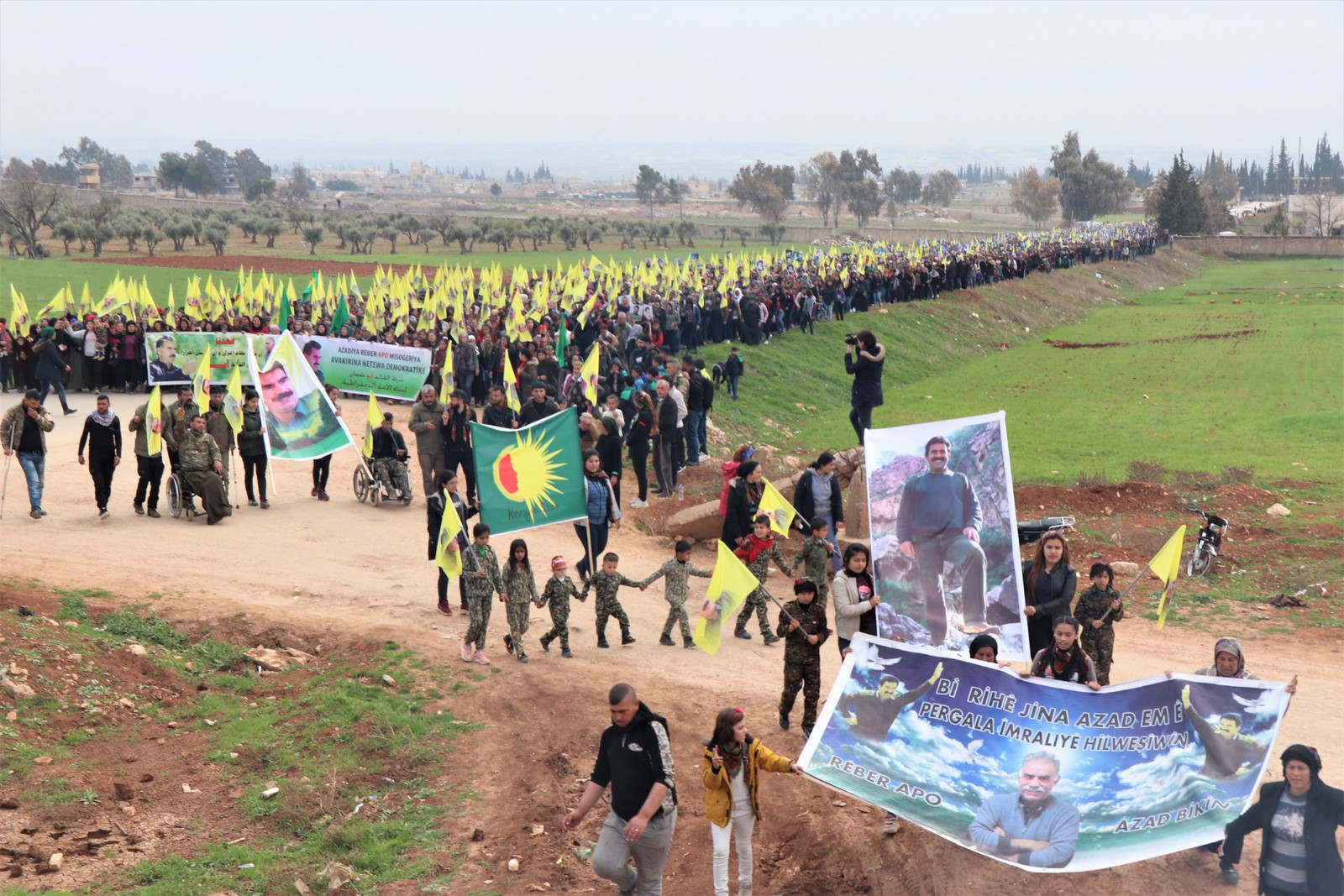 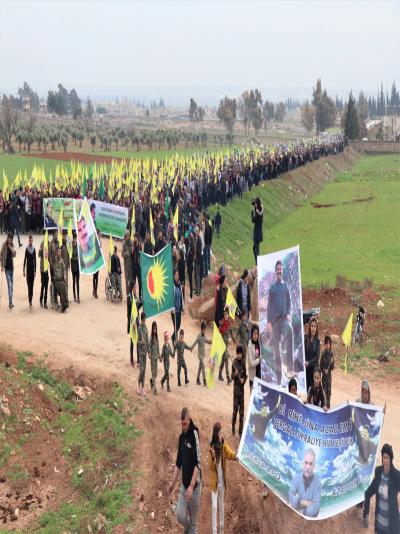 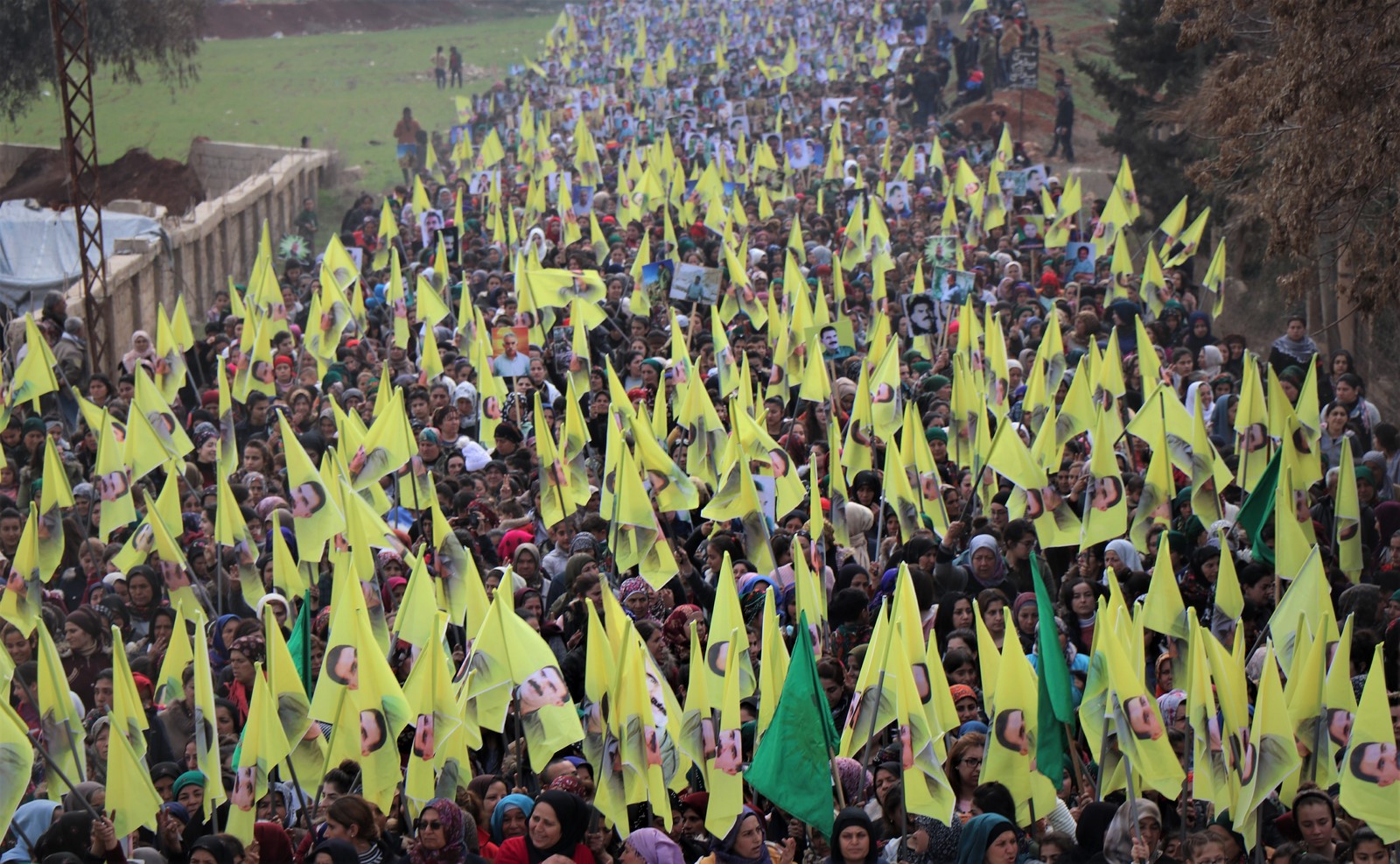 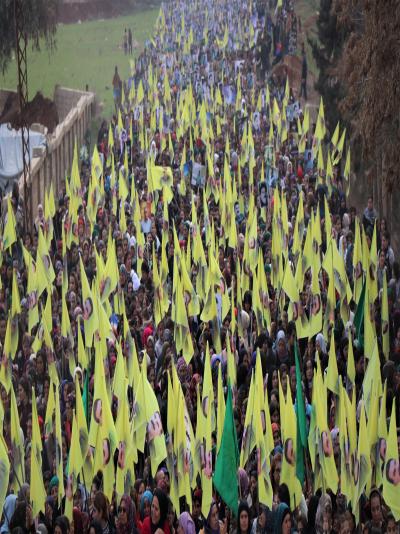