The funeral procession, which included hundreds of cars were decorated with pictures of martyrs, went to the shrine of the martyr Dijwar in the village of Dawoudia.

In the shrine of the martyrs, the ceremony began with a minute of silence and a military parade by the YPG and the Self-Defense Forces.

Then co-chair of Hasakah Council Abdul Ghani delivered speech, he noted "As we know today, we are being brutally attacked by the Turkish occupation and its mercenaries, who are trying to occupy our areas,".

"Everyone in the north and east of Syria resisted and fought all terrorist organizations, until we defeated and eliminated ISIS mercenaries.

He stressed that they draw strength from "our martyrs who were martyred for the sake of our freedom and the freedom of the homeland."

At the end of the ceremony, another martyr, Ammar Qamar, identified as Cedar Agri, a fighter in the ranks of the Syrian Democratic Forces, was martyred in Girê Spi/ Tel Abyad.

On the shoulders of fighters, and on the echo of mothers’ trills, the bodies of martyrs were buried. 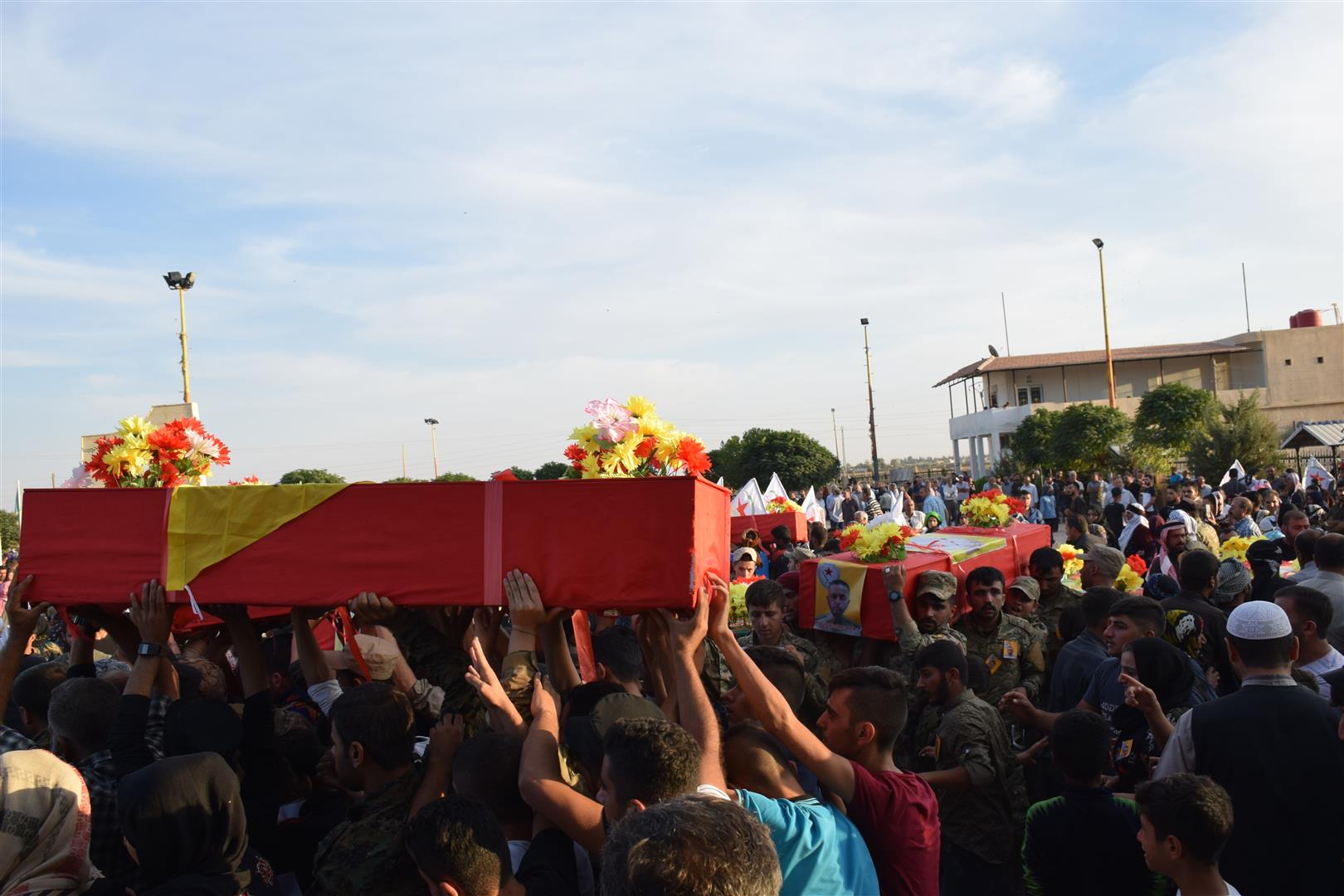 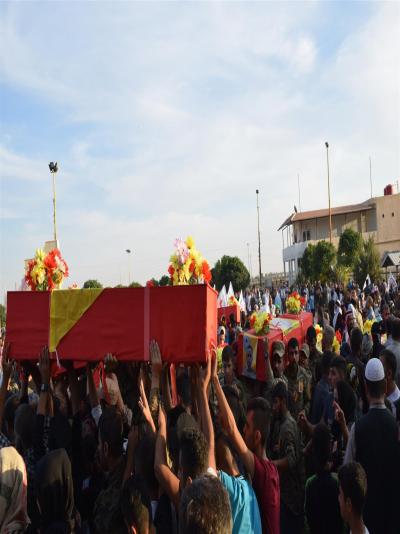 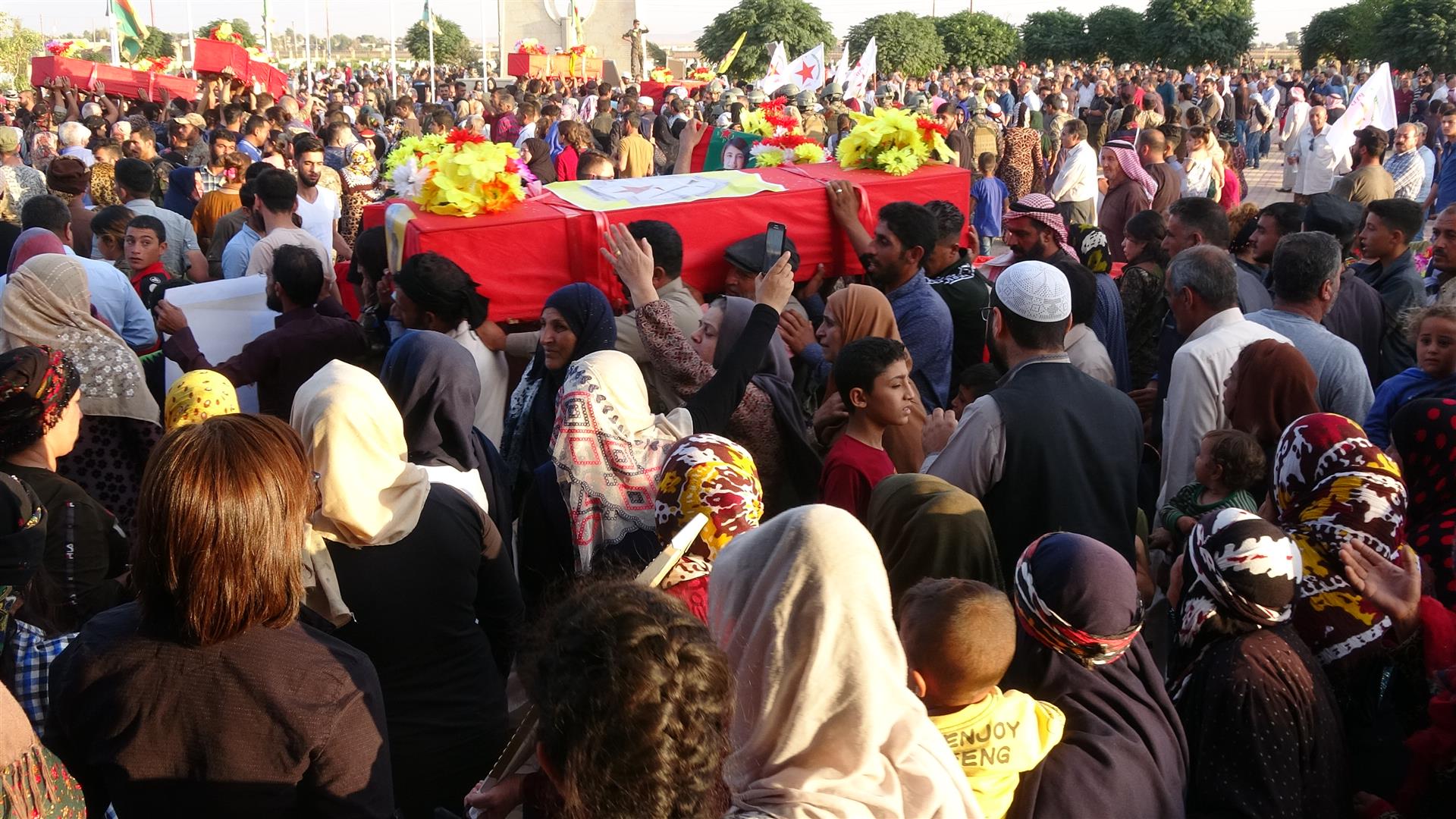 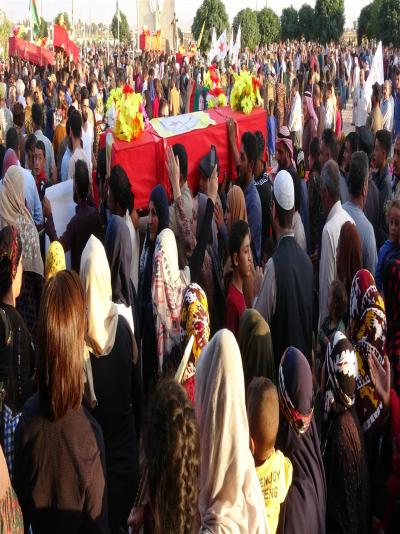 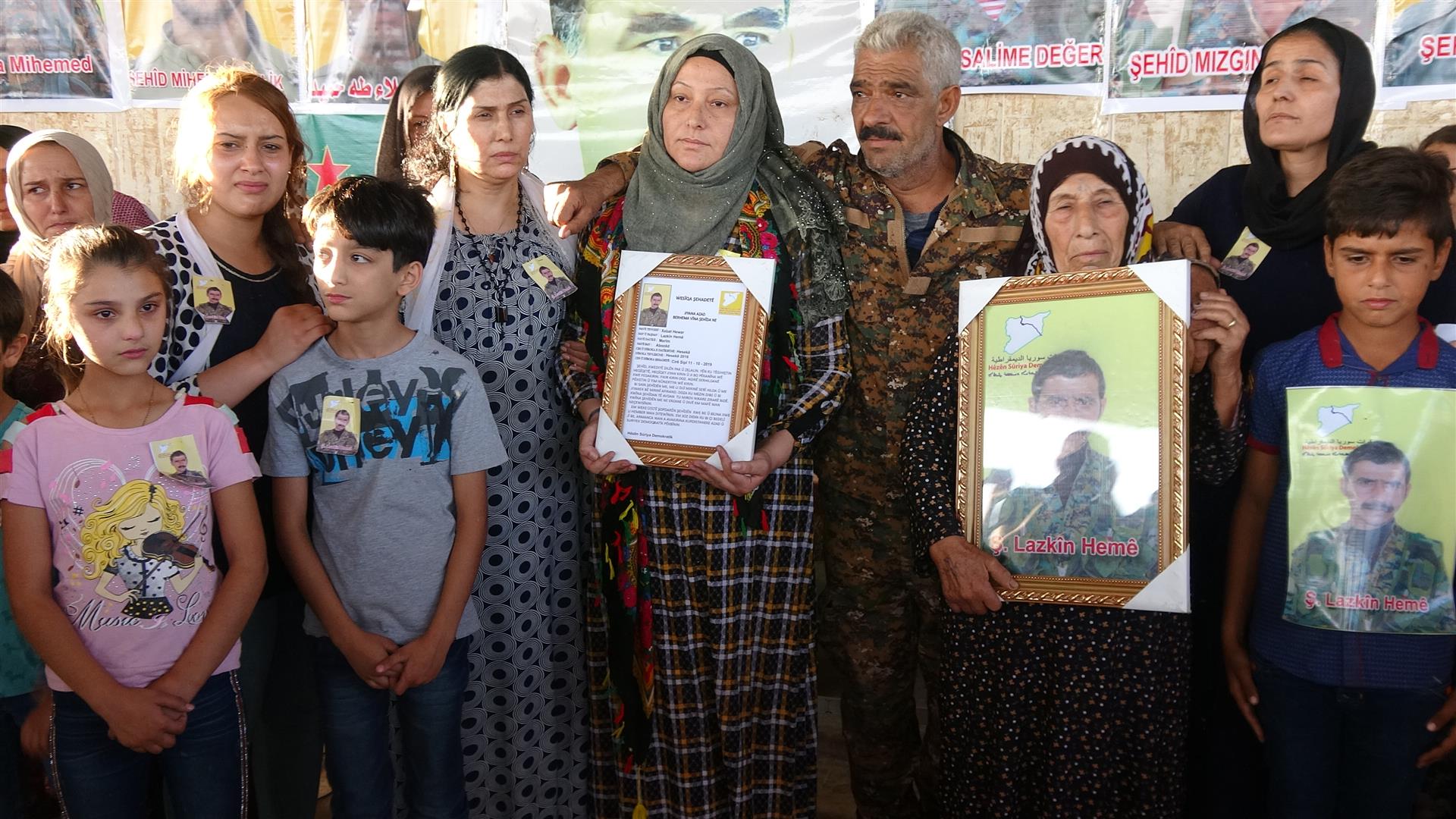 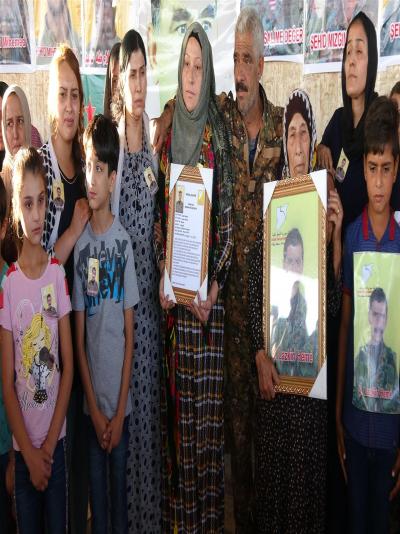 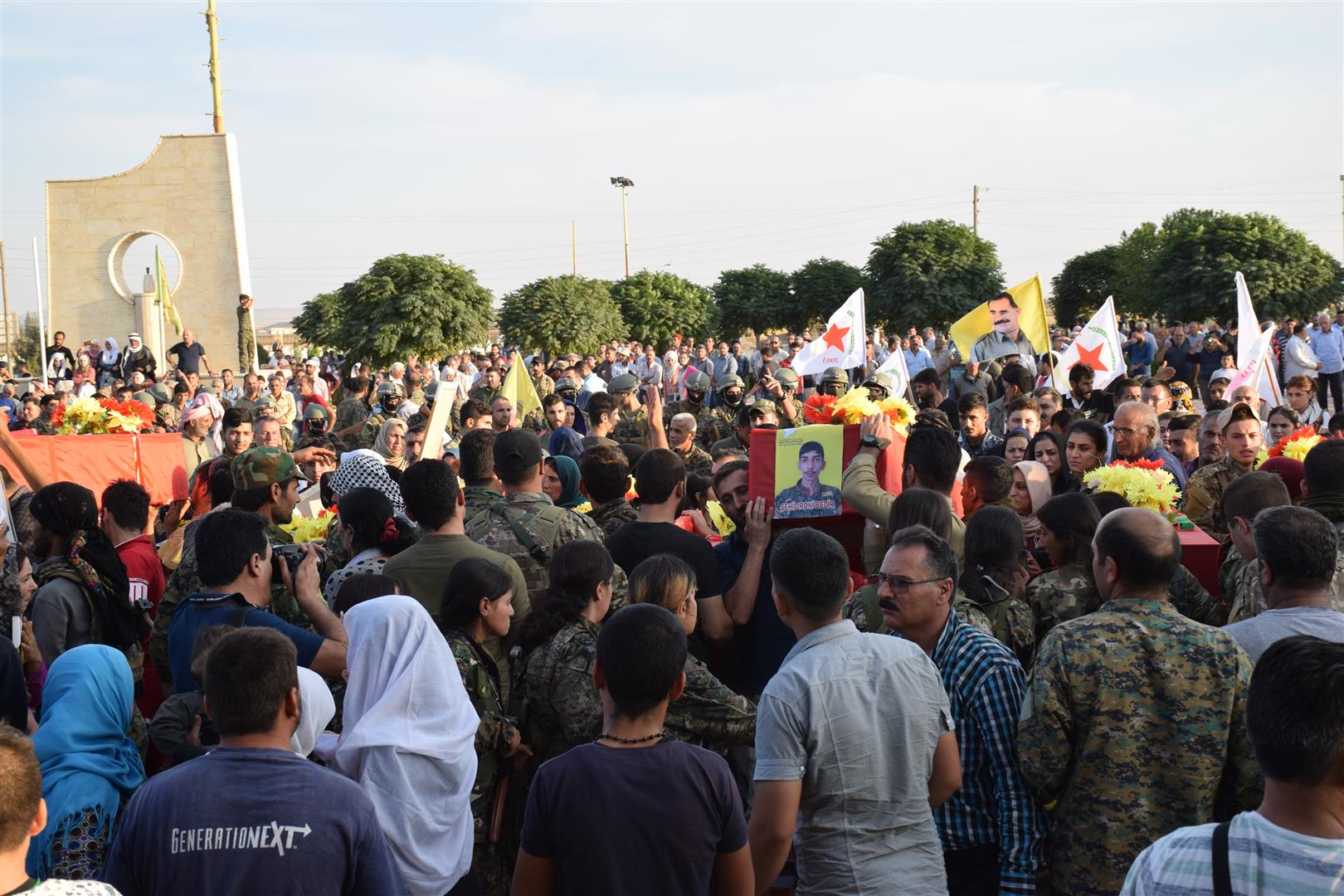 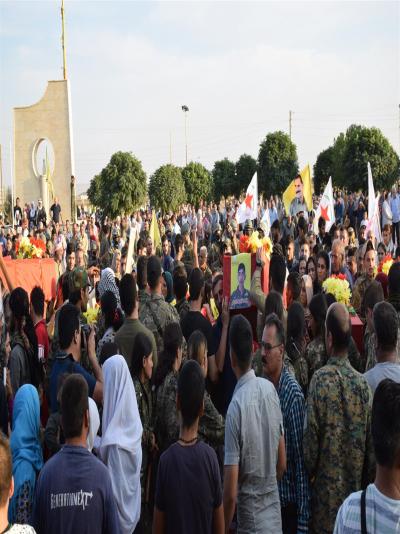 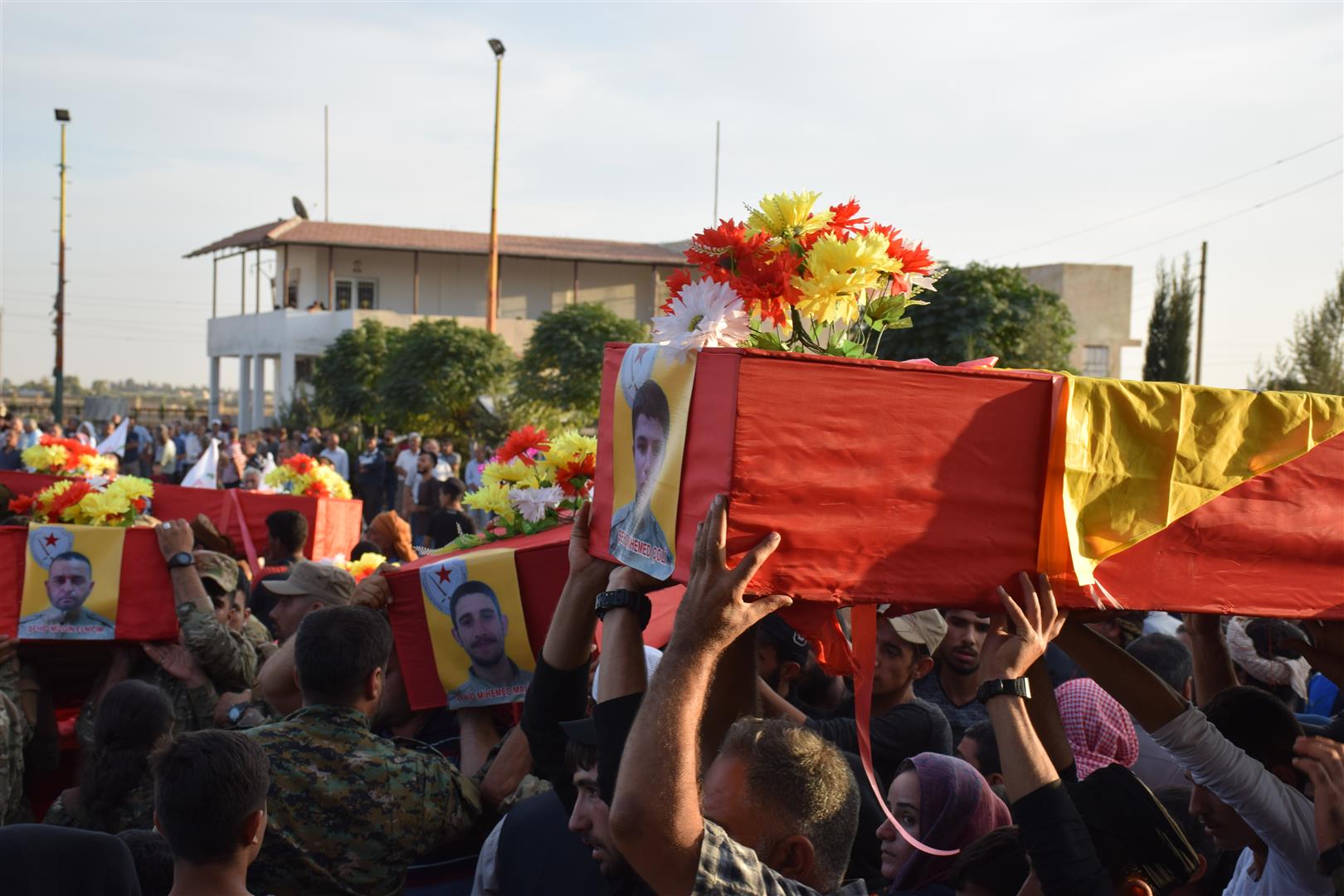 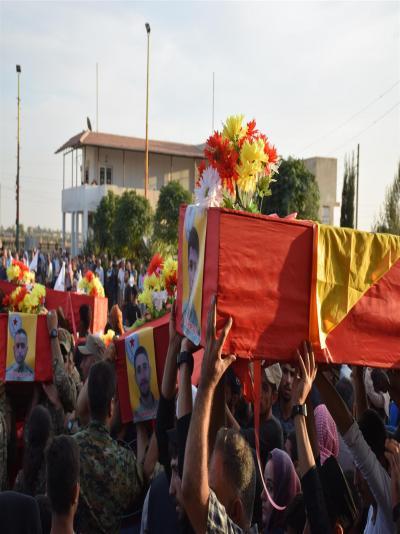 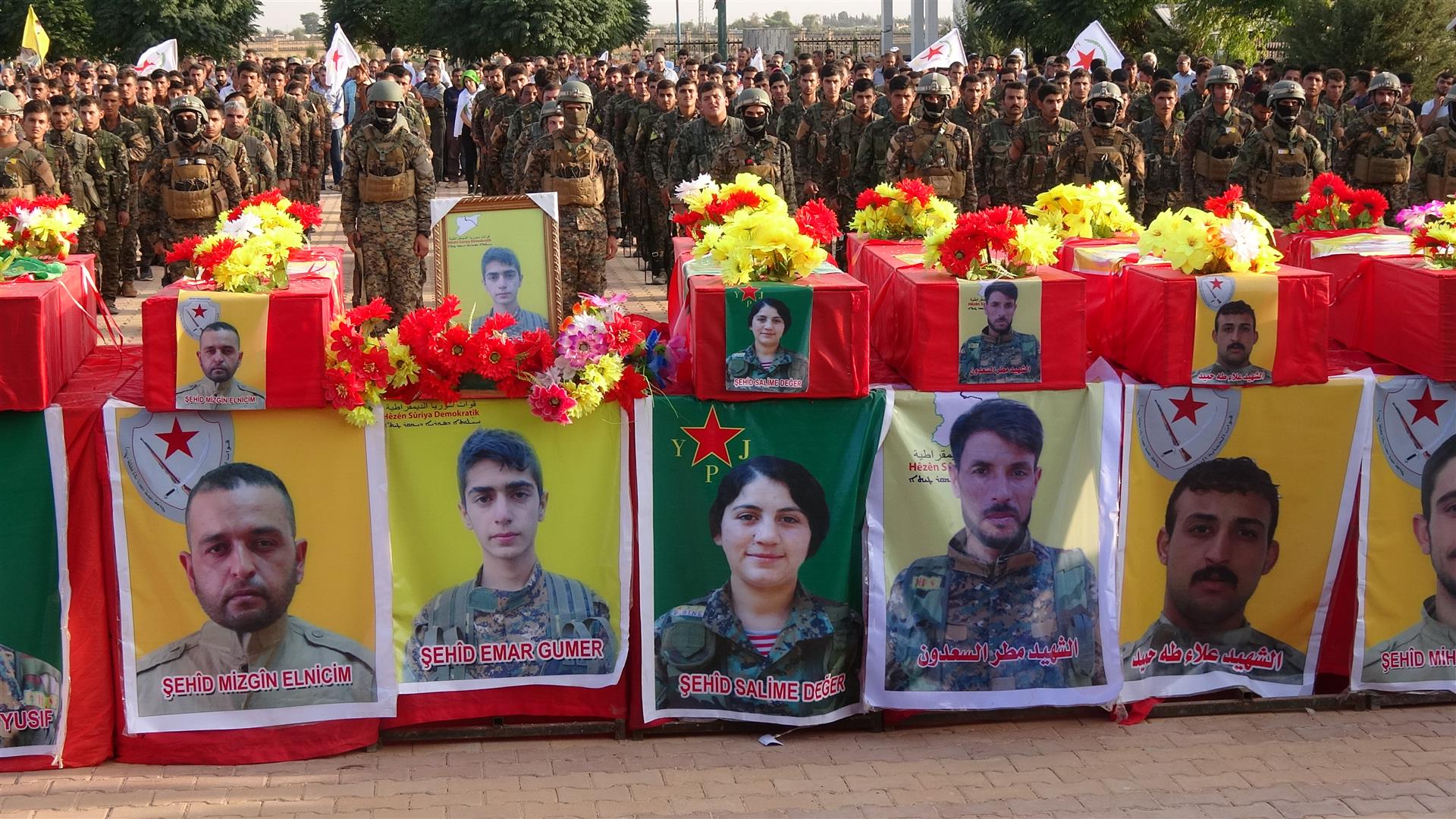 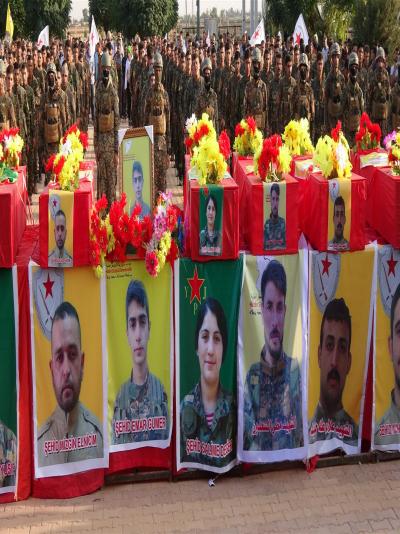 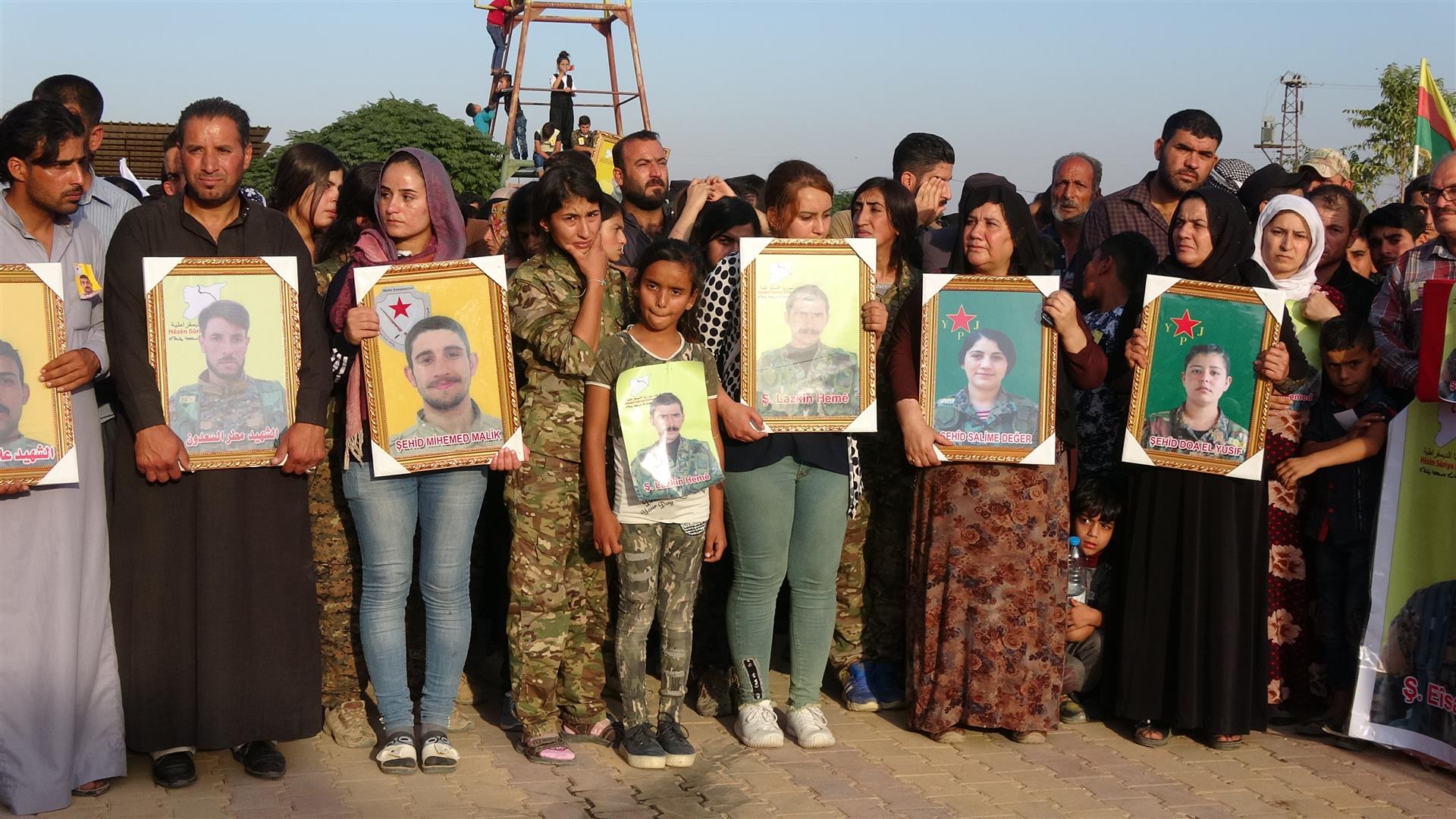 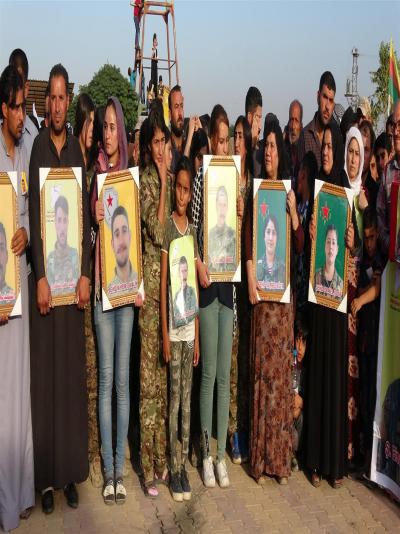