Under the slogan "Protecting Şengal Women is Protection of the Presence of Women, No to Extermination and Occupation", Zarkan Council organized today, in coordination with Kongra Star, a march condemning the threats of the Turkish occupation state to the northern and eastern regions of Syria.

Thousands of residents of Serê Kaniyê and ad-Darbasiya region, Tal Tamer and Zarkan district, and with the participation of all members and administrators of civil and military centers and institutions, gathered today at Martyr Robar Stadium in the area.

The march began from Martyr Robar Stadium, where participants held pictures of the Kurdish leader Abdullah Ocalan, the flags of Kongra Star, the Women's Protection Units, the Yazidi Council and the Democratic Union Party, as well as banners written in three languages: Arabic, Kurdish and Syriac " "No to Extermination, No to the Turkish occupation of Northern and Eastern Regions of Syria."

When the participants arrived at the Great Mosque in the district, they stood a minute of silence followed by a speech by the administrator of the Democratic Union Party in northern and eastern Syria, Silvana Ali.

At the beginning of her speech, she denounced Daesh attacks on Şengal in Başûr Kurdistan and the forces' betrayal, though claiming to protect them, they escaped and left them to be subjected to that terrible massacre.

Ali noted that thanks to the People's and Women's Protection Units and the HPG, thousands of our Yazidi people have been saved from massacres.

Silvana pointed out that Daesh backed by the Turkish occupation state, intended to exterminate the Yazidis in the region, and that the Turkish threats today have the same goal in the genocide of the Kurdish people and all components of the region.

At the end of her speech, Silvana emphasized that all components coexisting in the region stand together, who have achieved the gains thanks to the blood of their sons and daughters, to stand together to confront and counter the threats of the Turkish occupation state against their areas.

As the march ended, people asserted their insistence on steadfastness and struggle against any aggression that threatens the security and stability of the region and denouncing the Turkish occupation's threats to northern and eastern Syria. 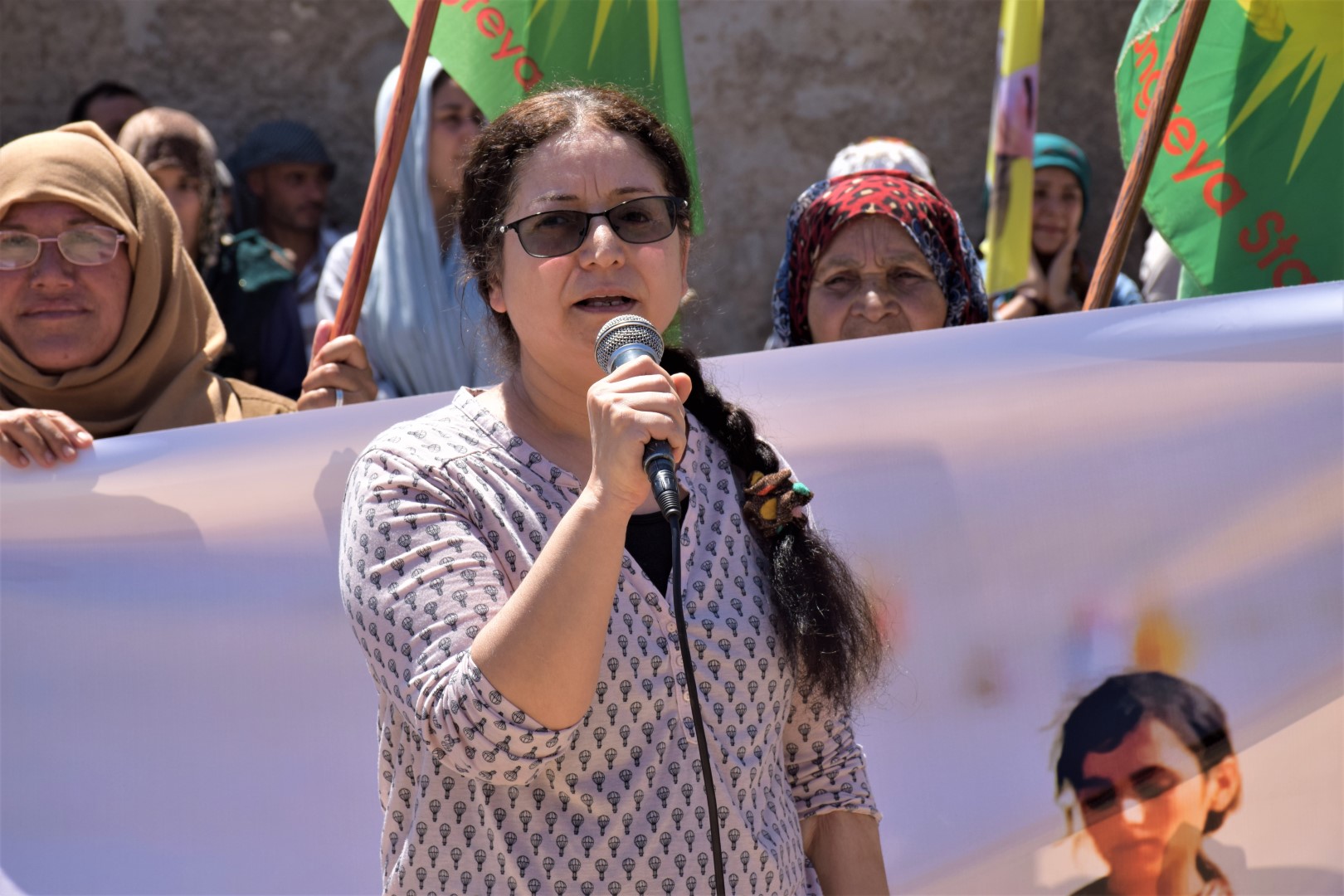 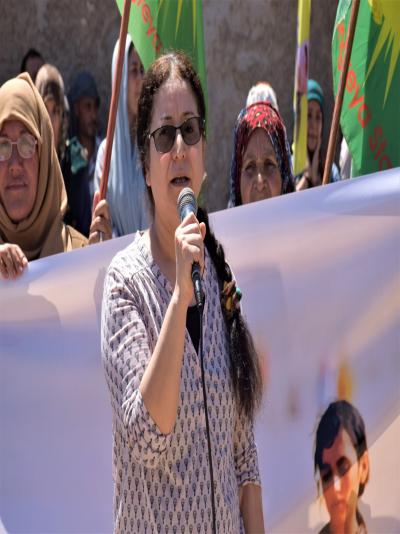 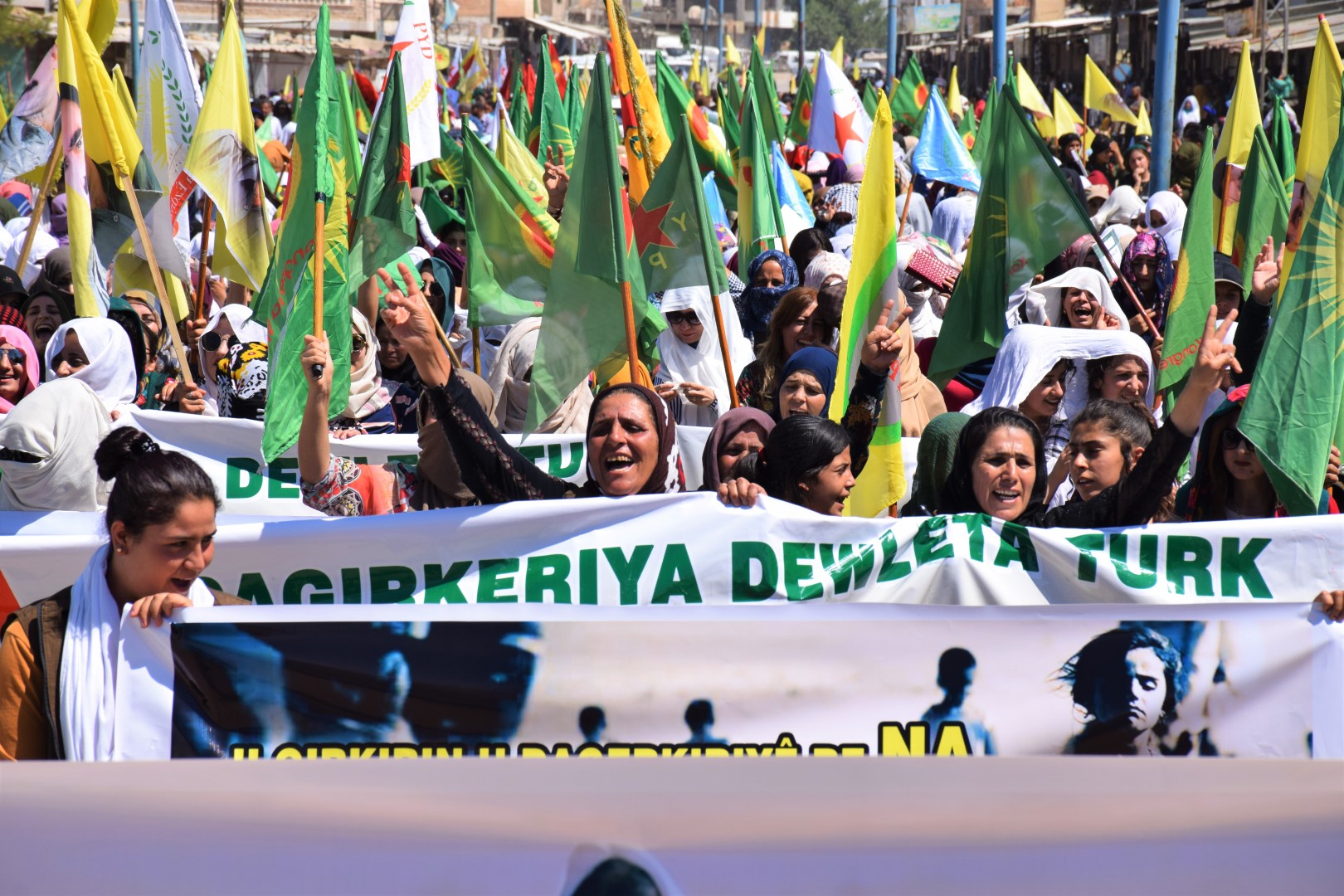 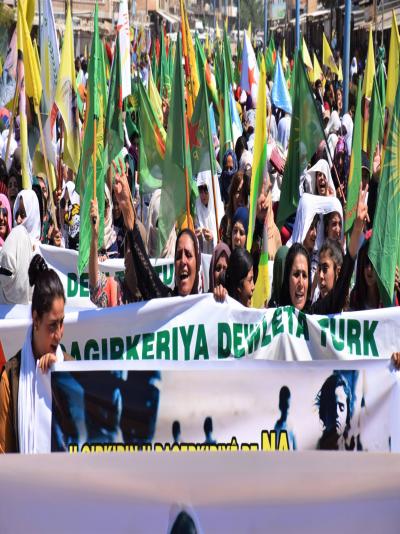 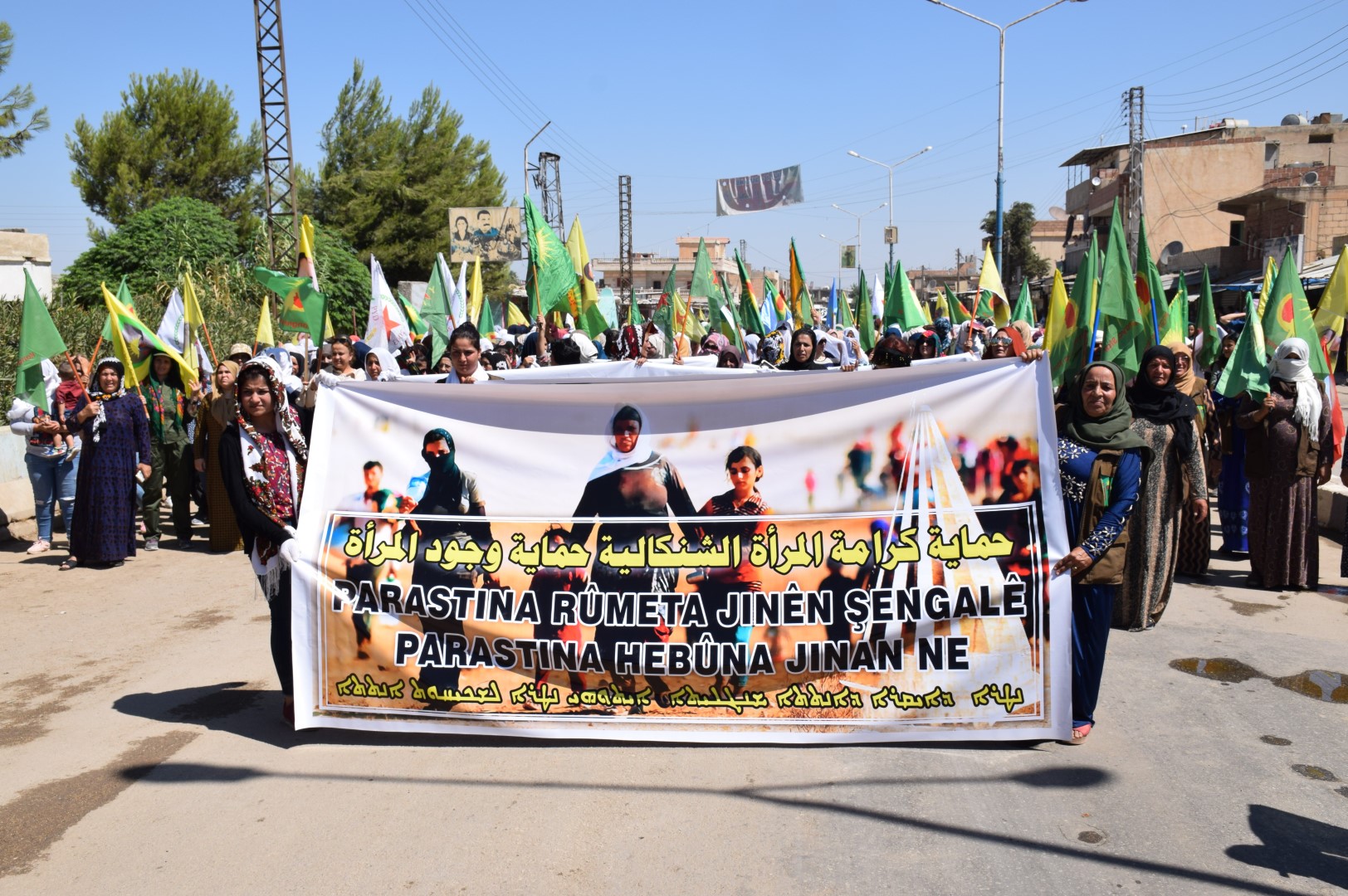 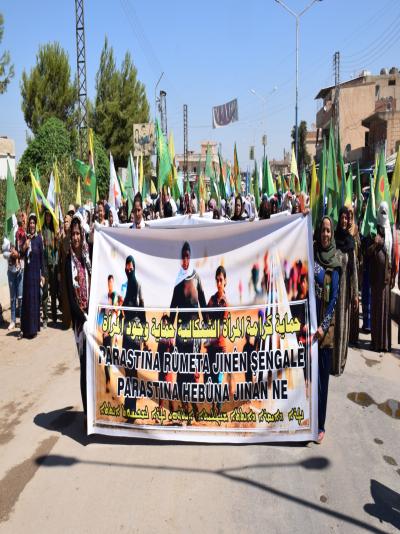 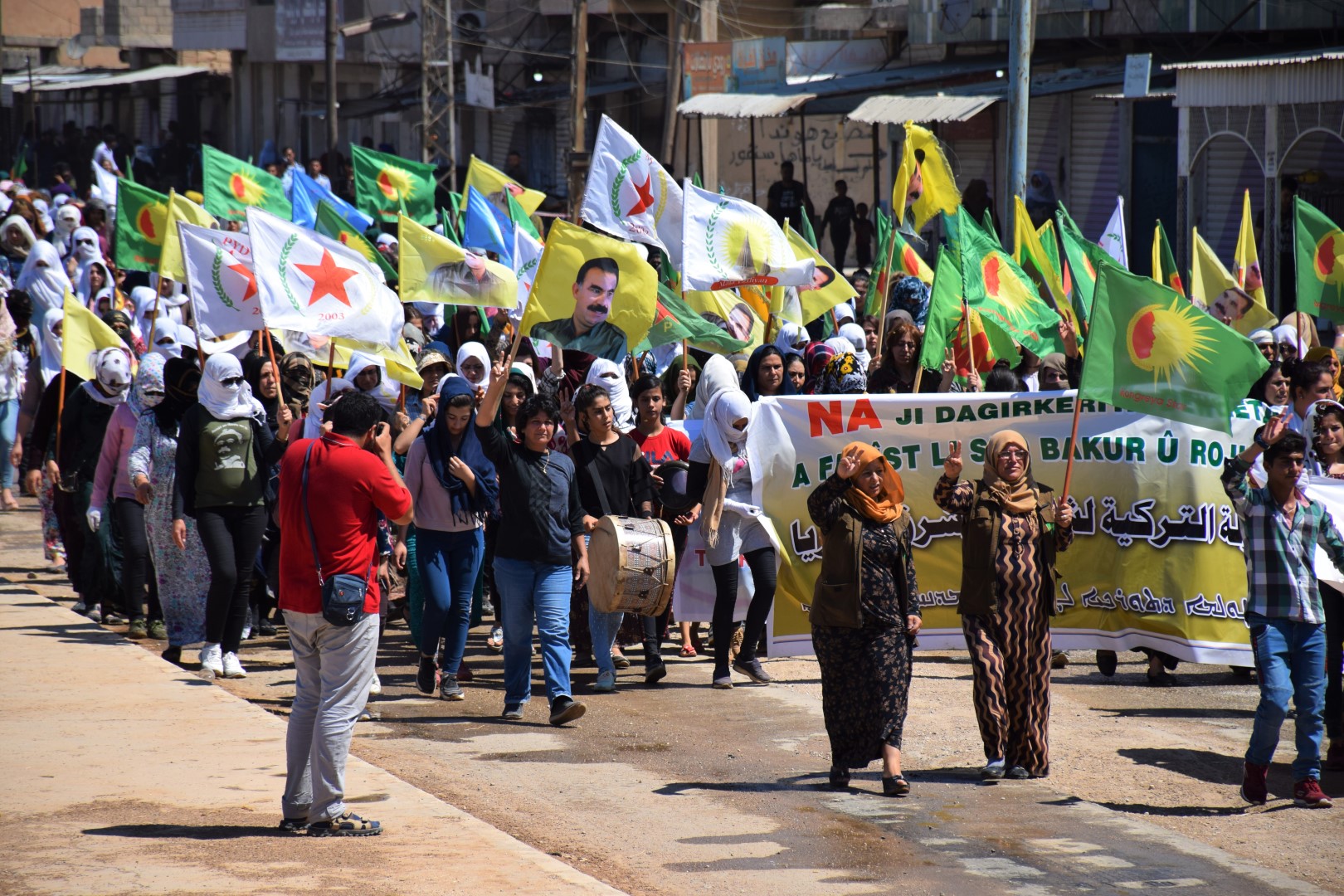 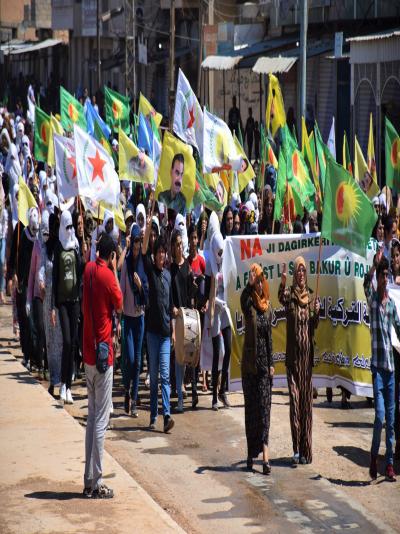 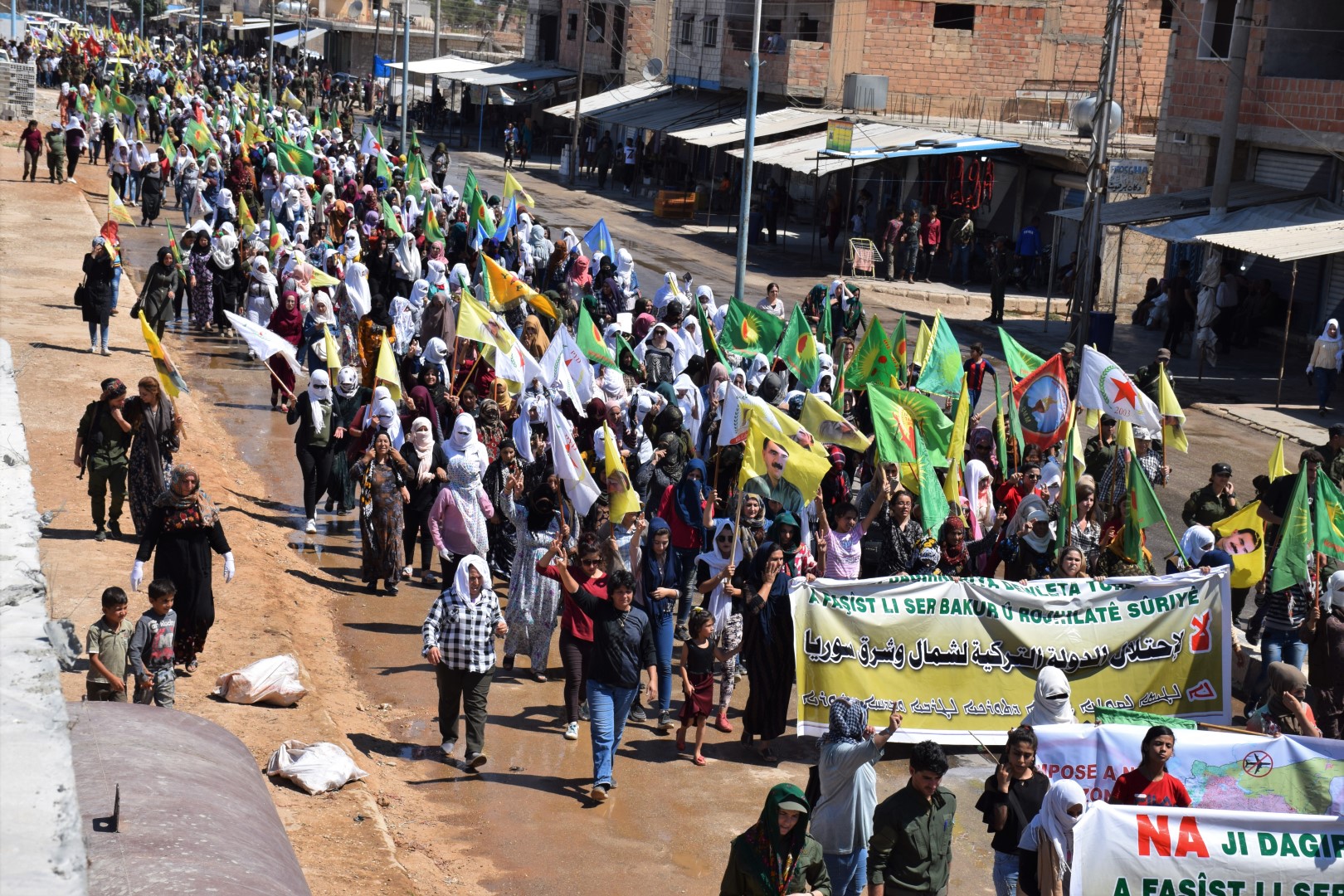 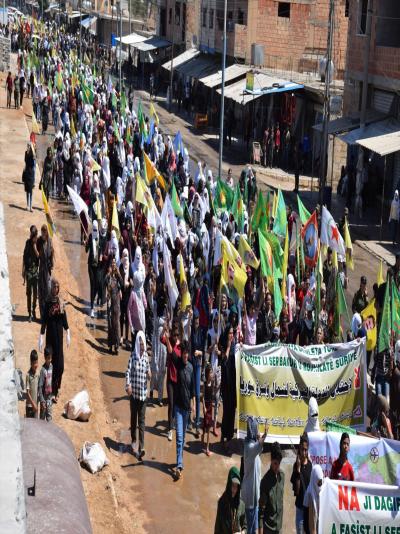