According to Rojnews agency, the Turkish occupation aircraft launched on Friday several raids targeted the villages of "Berumer, Bryantan" of the town of Jumani in the area of ​​Hewler of Başûr Kurdistan.

According to preliminary information, the shelling caused damage to the water lines of Jokani and its villages.

The Turkish occupation aircraft still hovering over the sky.

It is noteworthy that the Turkish occupation aircraft targeted yesterday evening buses to civilians in Mount Curtek, the outskirts of the Qandil mountains and caused the death and wounding of at least eight civilians.

Amnesty International has documented three laws that have been used to arrest and prosecute ...

Gerîla TV posted footage of an air operation carried out by the forces of martyr Dalal Amed...
Old Website 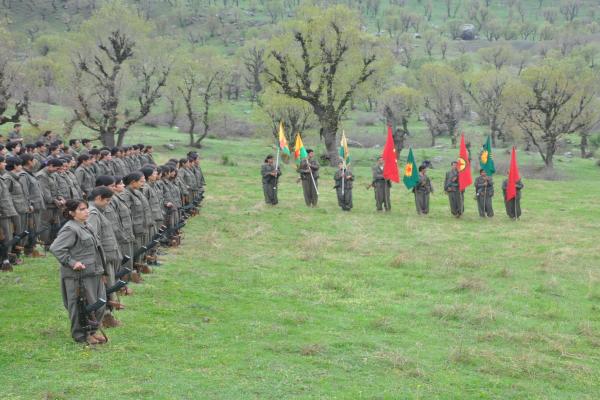