Human shields activities in the city of Girê Spi/Tel Abyad entered the Turkish-Syrian border on its sixth day, rejecting the recent Turkish threats of aggression against areas in northern and eastern Syria.

"The policy of Turkey violates all international norms and is a violation of the sovereignty of the land and the Syrian people," said a member of the Social Justice Committee of Girê Spi Council, Ammar al-Hassan, in which he condemned the Turkish threats against the region and the mobilization of troops on the border.

He stressed their determination to stand against the Turkish occupation, and added, "We will not allow them to enter our land, which is pure with the blood of our children, we will be human shields before the occupation forces."

"We are Syrians, there is no difference between us. We are the children of this land. We condemn and denounce Erdogan's threats against our Syrian land in the strongest terms," ​​said Fawaz al-Hermiyeh, a citizen from Tel Abyad.

"Turkey is trying to sow strife in the region through the division between the Kurds and the Arabs. We do not accept this. We do not want Turkey to repeat the scenario of the Ottoman occupation. Erdogan knows that this dream will not be realized. We are a cohesive people with all its components and sects in Syria and steadfast." Added Fawaz.

Abd Haji another citizen Suluk district in Girê Spi canton noted "As an Arab component in the region, we do not accept Turkish threats. We want security and peace in our country, our land, and our people."

"Turkey is mobilizing its troops on the border. It is categorically rejected. We are one body and one cohesive nation. Turkey has nothing to do with Turkey. Turkey has done what the international community does not accept and is not tolerated by anyone with moral values."

He concluded by pointing out that Turkey has a single dream of reviving the Ottoman Empire. 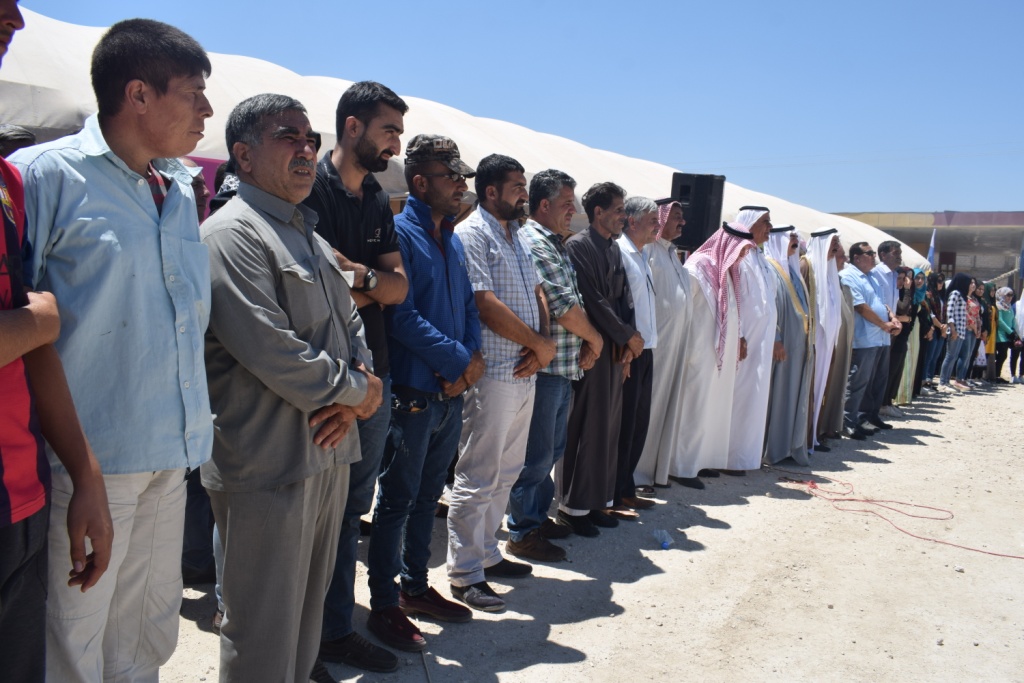 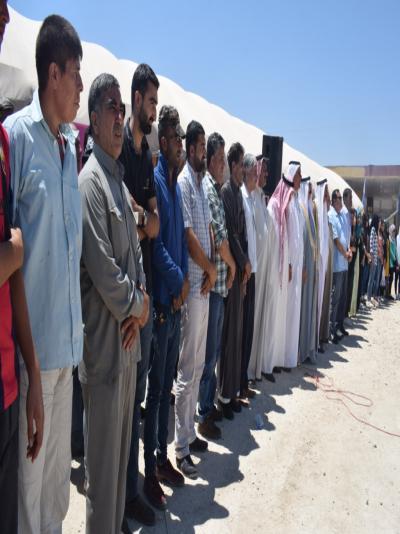 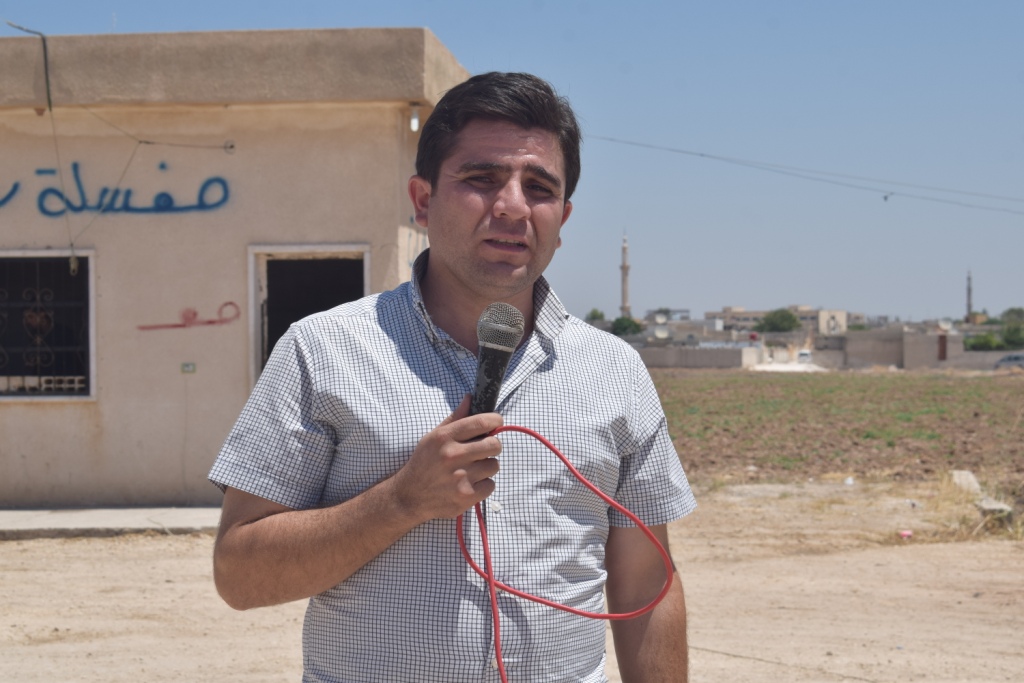 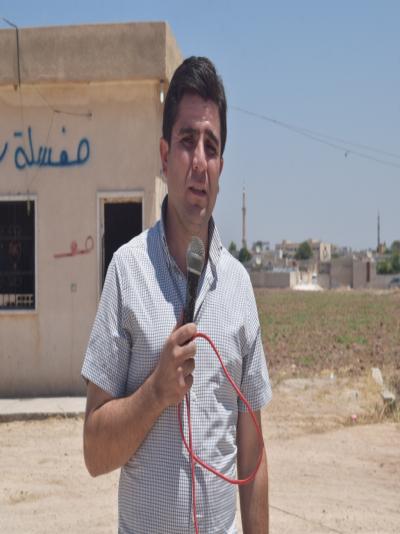 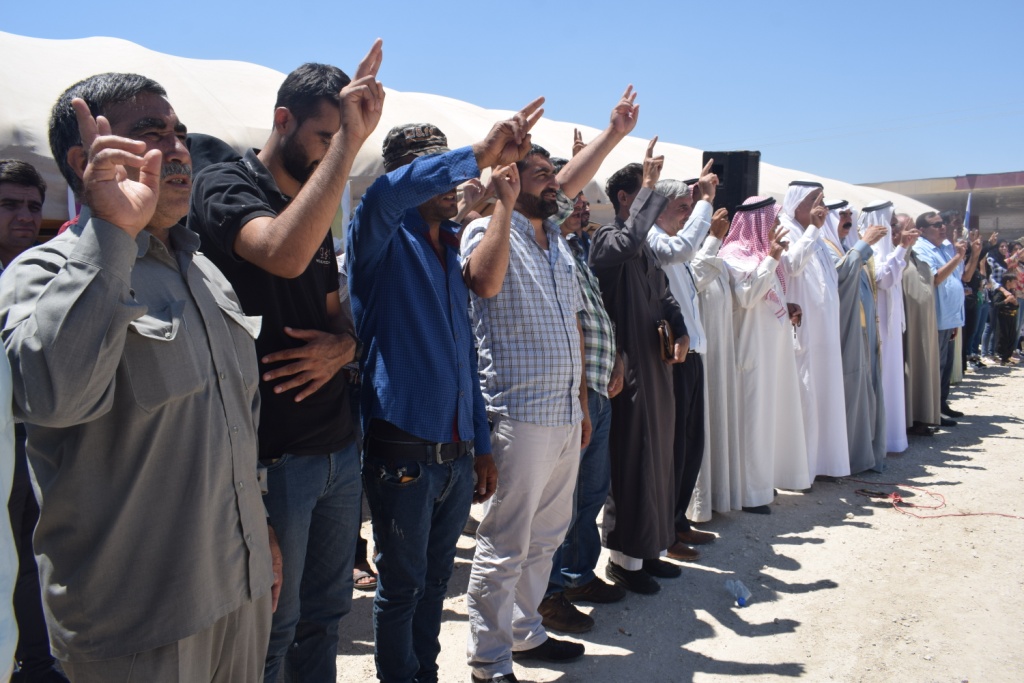 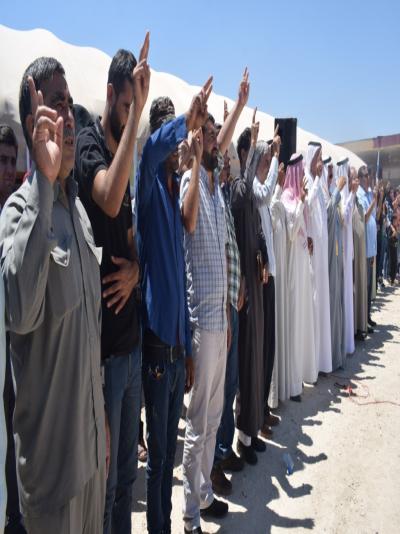 After bombing the village of Kor Hassan and Qizali silos, the Turkish occupation army and it...

The village of Kor Hassan and Silos of Qizali in the countryside of Girê Spî district / Te...