The Disaster and Emergency Management Department said the epicenter was 17 km off the coast of Izmir province and at a depth of 16 km. Media outlets said the earthquake was felt by the inhabitants along the Turkish Aegean coast and the northwestern Marmara region.

It was also felt by Greece, including the capital, Athens, according to the Associated Press. 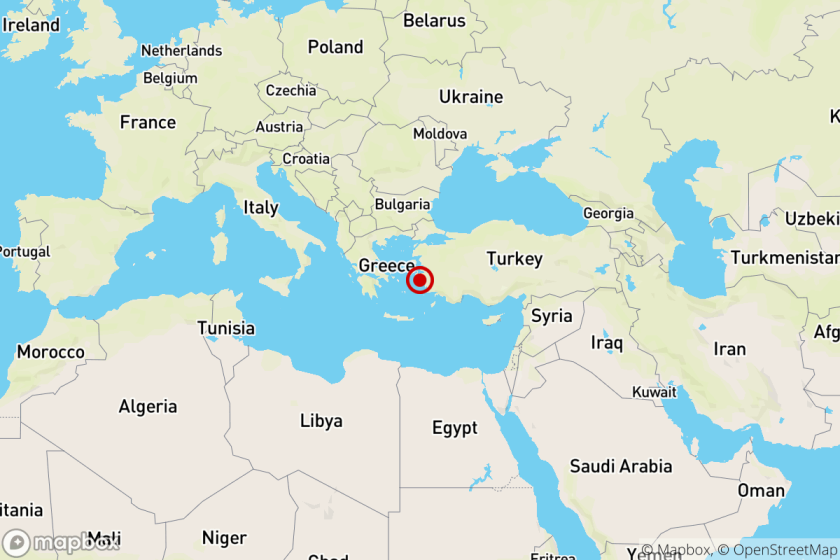 For its part, the Emirati newspaper of "The National" said that two earthquakes occurred off the Turkish Aegean coast with an interval of five minutes.

The newspaper stated that there is news of a building collapse after two successive shakes, while residents of the region published photos of vast damage indicating the collapse of more than one building.

The newspaper quoted the European Mediterranean Seismological Center (EMSC) that the magnitude of the earthquake of 6.7 hit the Greek Dodecanese islands near Turkey, followed by a 4.1 magnitude earthquake 20 km away from the site of the first earthquake.

The Chief of the Staff of the Israeli Army, Aviv Kochafi, announced establishing an expanded...

Lawyer Hazem al-Kassouri, a Tunisian political scientist said that freedom of expression and...

Beijing launches military exercises in the South China Sea, amid tensions with Washington

Days after expressing its displeasure over the entry of a US aircraft carrier group into the...
Old Website