Syrian reactions in the cities of the north and east of the country followed Turkish threats and mobilization their military forces off the Syrian city of GIRÊ SPî/Tel-Abyed and the town of Sheikh Tahani on the western side of the Euphrates River.

Since the morning hours, Massive crowds of people from the villages and towns of Kobani canton have gathered in the center of the city holding banners written on it slogans calling for unity and resistance against the Turkish occupation.

During the two-hour vigil, the co-chair of Kobani Canton's Council, Mustafa Eto, who delivered a speech in which he said that the Turkish occupation had reached the height of its hatred of the Syrian people's victory over terrorism, which was supported by the Turkish state.

Eto pointed out that the silence of the international community is the main motive of Turkish threats, adding that "what exposed to the canton of Afrin last year massacres committed by the Turkish army and its mercenaries is the responsibility of the international community and should be aware of the magnitude of the risks that may result from Turkish intervention and survival in Syrian territories."

Thousands of Syrians marched to the village of Qere Mox, east of the city of Kobani on the Syrian-Turkish border, to sit on Wednesday and set up a human wall to reject Turkish threats of launching a new aggression on Syrian territories. 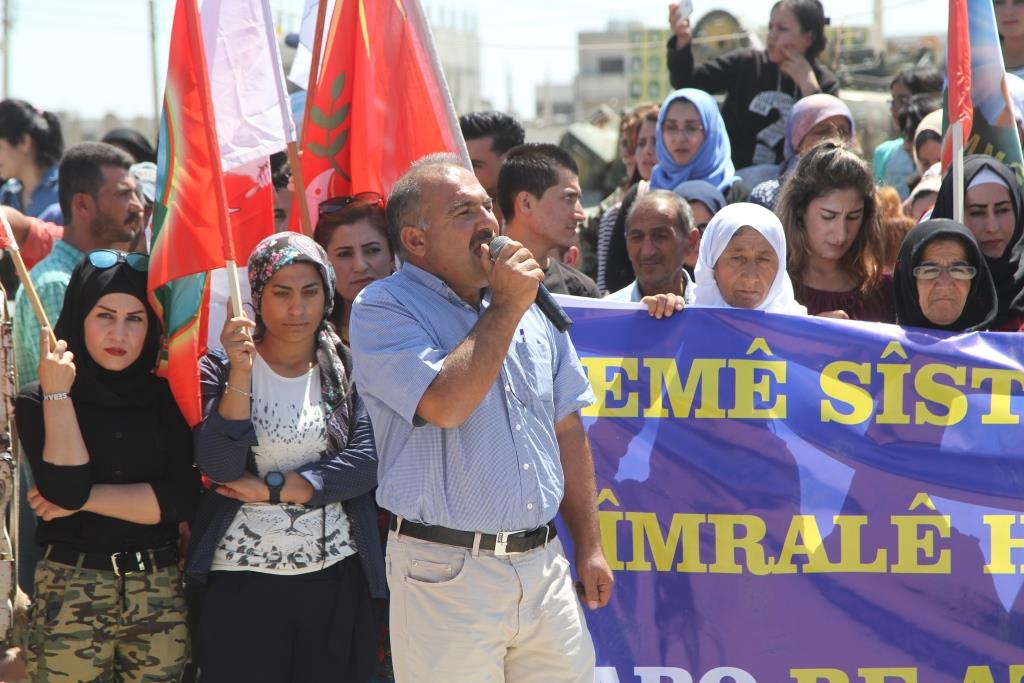 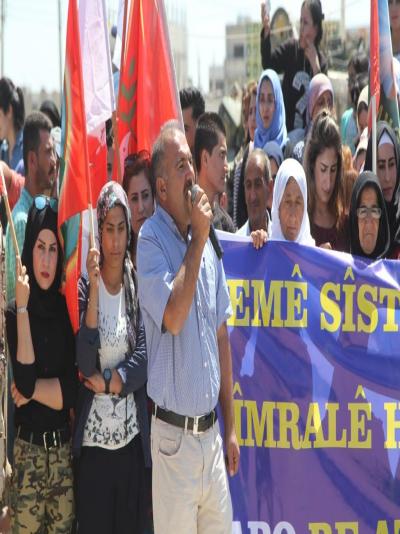 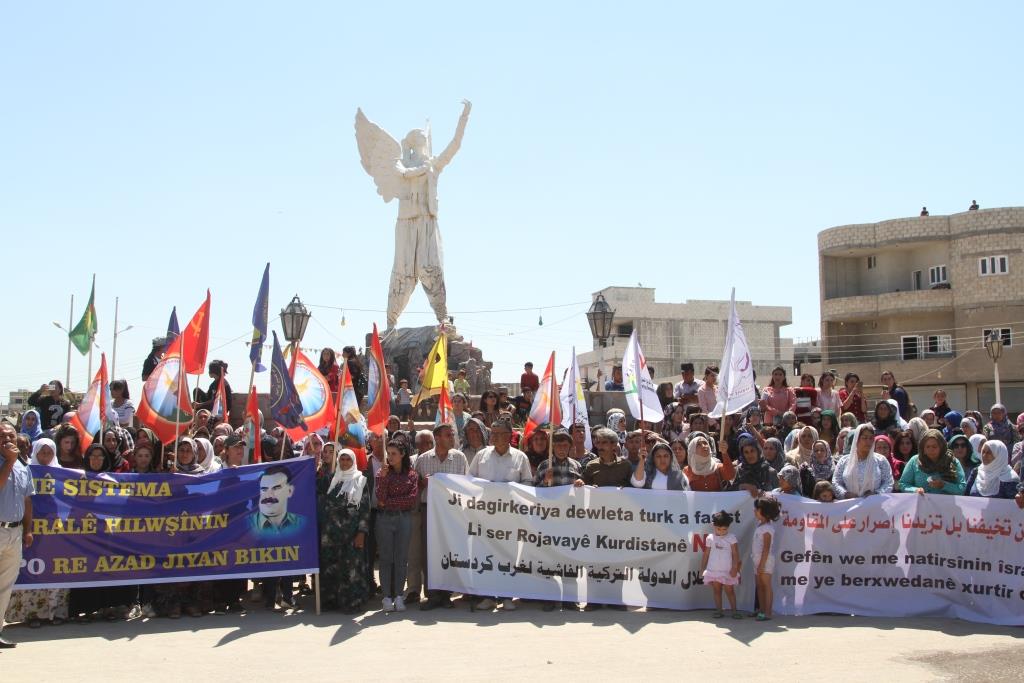 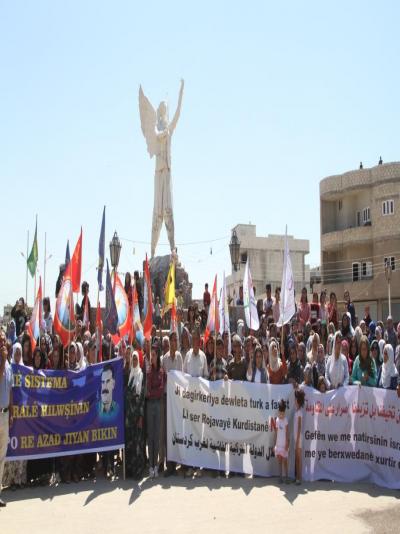 The notable of al-Banni Sabah clan from Tayyi Arab clan has denounced the Turkish threats ov...

The professor and specialist in sociology at the University of Kobane Shervan Muslem explain...

In the second anniversary of their martyrdom, the Syrian Revolutionary Youth Movement in Afr...
Old Website