During the gathering, the statement was read in the Kurdish and Arabic languages.

The text of the statement:

"At the beginning of the Syrian crisis, Turkey once again sought to revive its Ottoman fascist dream in an attempt to control the lands of the neighboring countries and enslave its people, so it intervened in Syria and played a destructive role in receiving the terrorists of the world and training them in methods of killing and vandalism and sending them to Syria to destroy it and kill their people especially the Kurds, who continued to play their national and cultural role in managing themselves and fighting terrorism on the basis of the philosophy of the democratic nation and the unity of Syrian territory.

In the aftermath of the fall of the capital of terrorism in al-Raqqa by YPG, YPJ, SDF, Turkey undertook revenge for its Daesh by immediate attack on Afrin and its occupation, the displacement of hundreds of thousands of its original inhabitants, more than a year after occupation and the continuation of Turkey and its mercenaries to commit war crimes in Afrin: killing and abducting its people, burning its nature, stealing its effects and sabotaging it and applying Turkish politics by imposing Turkish identity and considering its original inhabitants as refugees and strangers with the aim of perpetuating the demographic change practiced by Turkey.

The statement also included: "With the fall of the terrorist states by SDF, the Turkish fascism's last mask fell, where it is currently destroying the villages of Afrin and removing them completely, and the establishment of military headquarters as it did in the village of Jalber, and plans to destroy more villages to build the outposts, as well as daily threats to occupy eastern Euphrates.

We also condemn the international silence of organizations and nations about what is happening in Afrin and appeal to the international community and the Kurds to shoulder their historical responsibility to stop the massacres of Turkey in Afrin and all of Syria, and their silence provides an opportunity for Turkey to revive Daesh to reorganize itself in Afrin. Reports say that Turkey is smuggling groups of Daesh to Afrin and changing their shape by shaving their beards and changing their dress, which would pose a danger to the world, clear evidence is the latest statistical report of the terrorist organization about its terrorist operations worldwide.

We also call upon our people in al-Shahba to beware of the special campaigns of war waged by Turkey and its collaborators with a view to thwarting our historical resistance on the land of al-Shahba and to compensate for its violations in Afrin.

The people of Afrin resisting in al-Shahba made it clear to all and warned them that they will not be silent about Turkey and its mercenaries' violations and their supporters, and will not accept international silence and will continue their historic resistance until the liberation of Afrin.

The gathering ended with slogans denouncing the practices of the Turkish occupation. 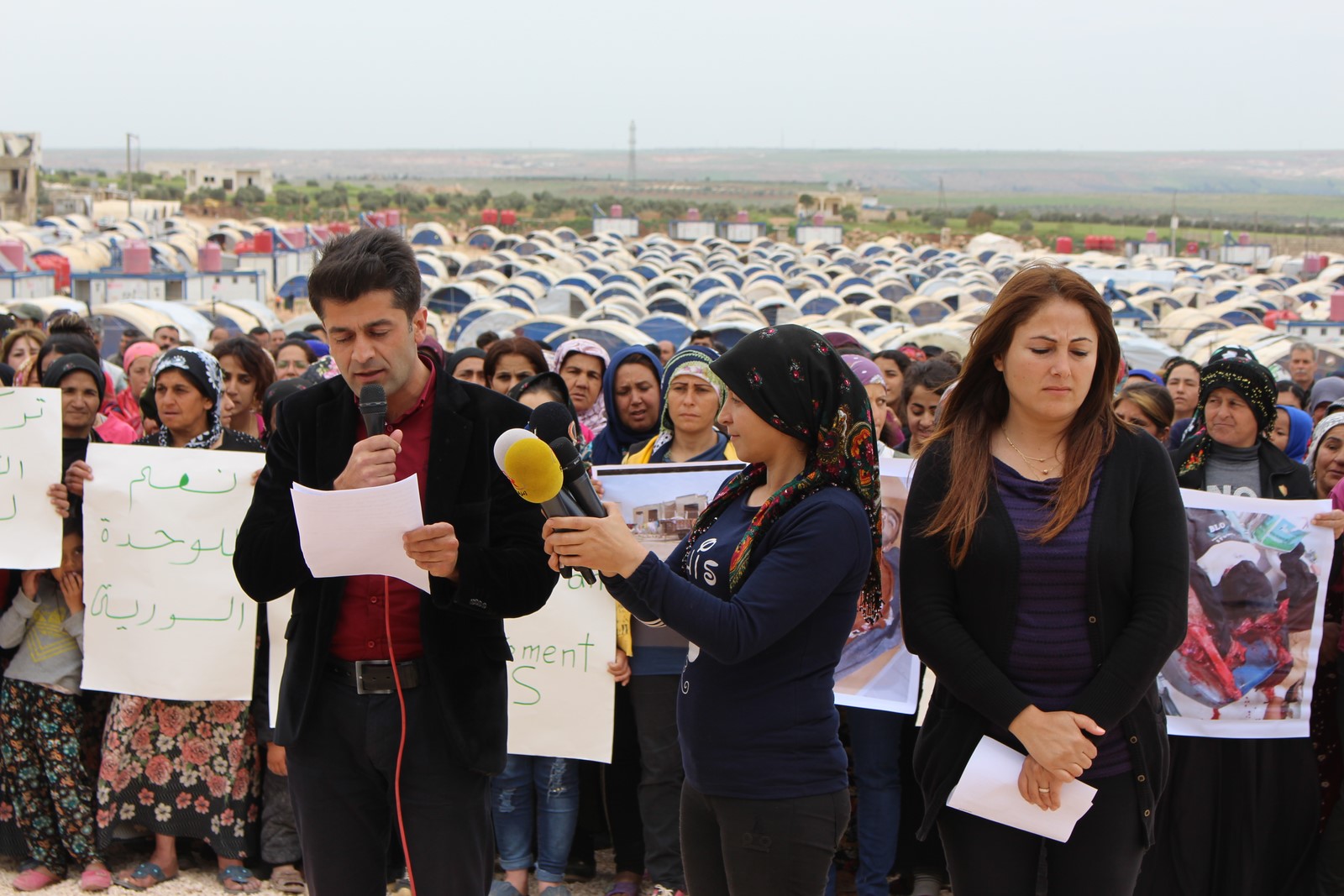 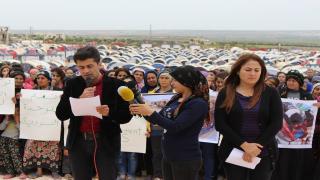 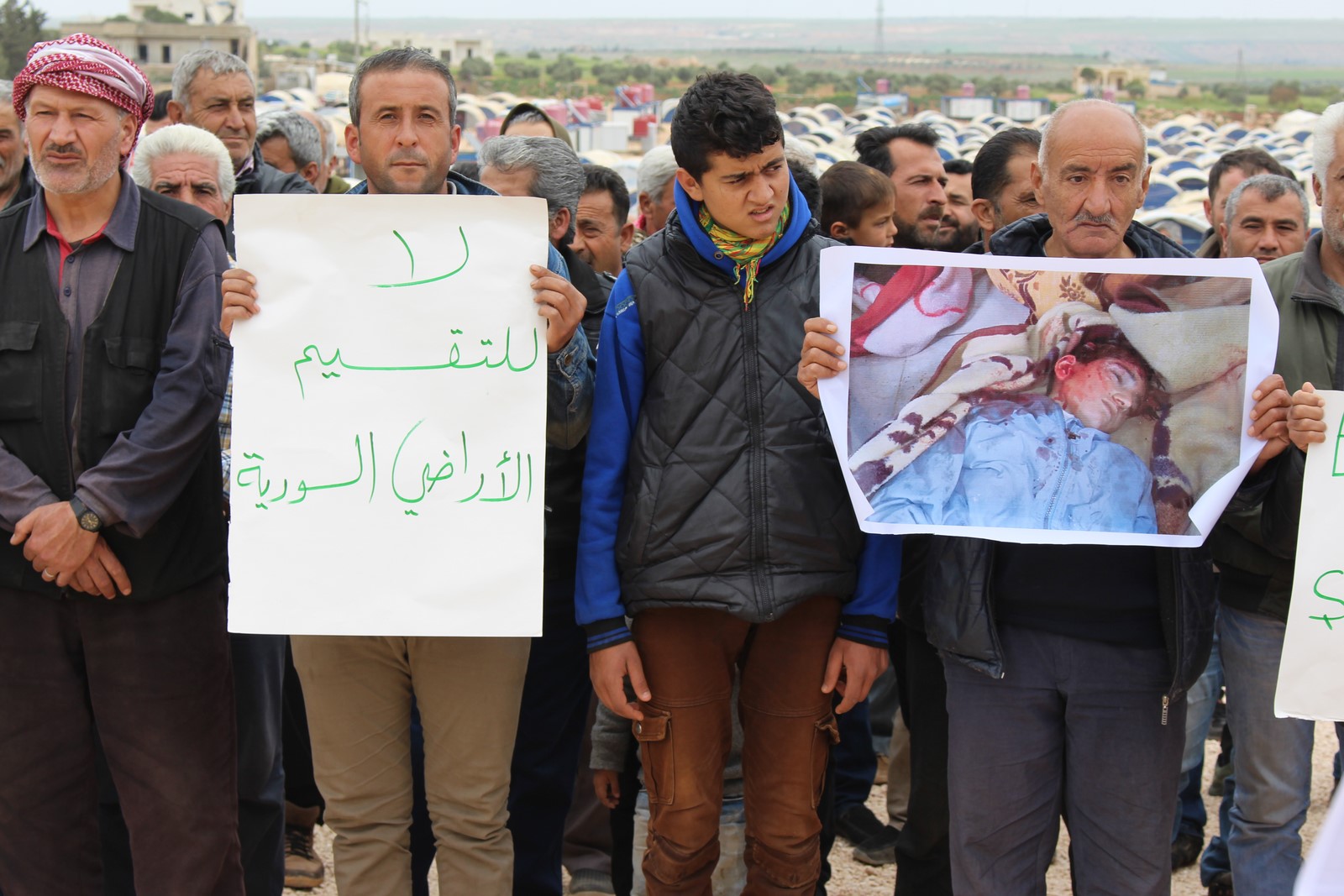 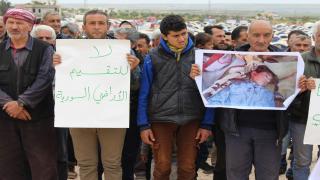 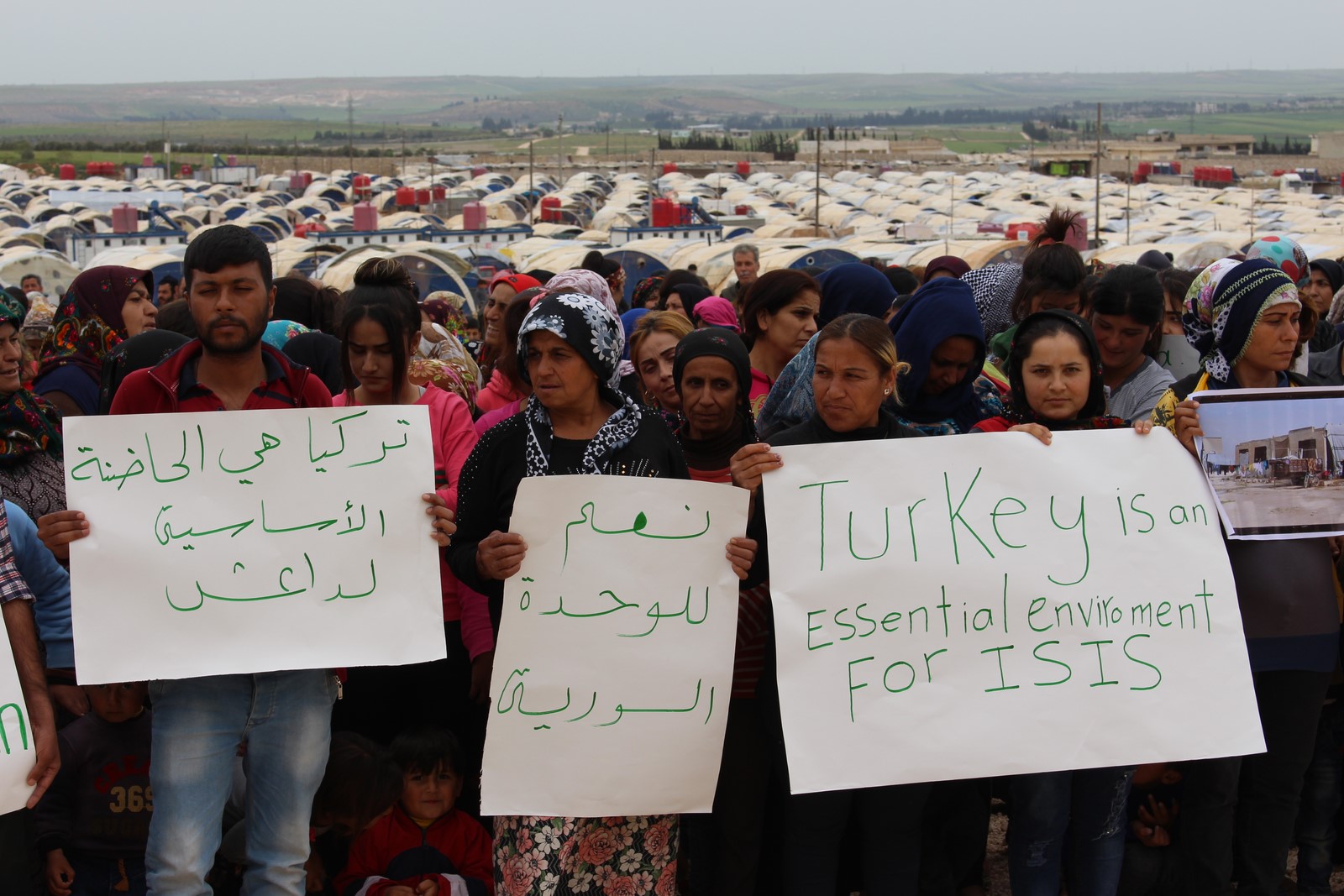 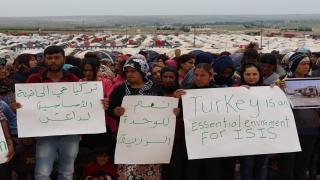 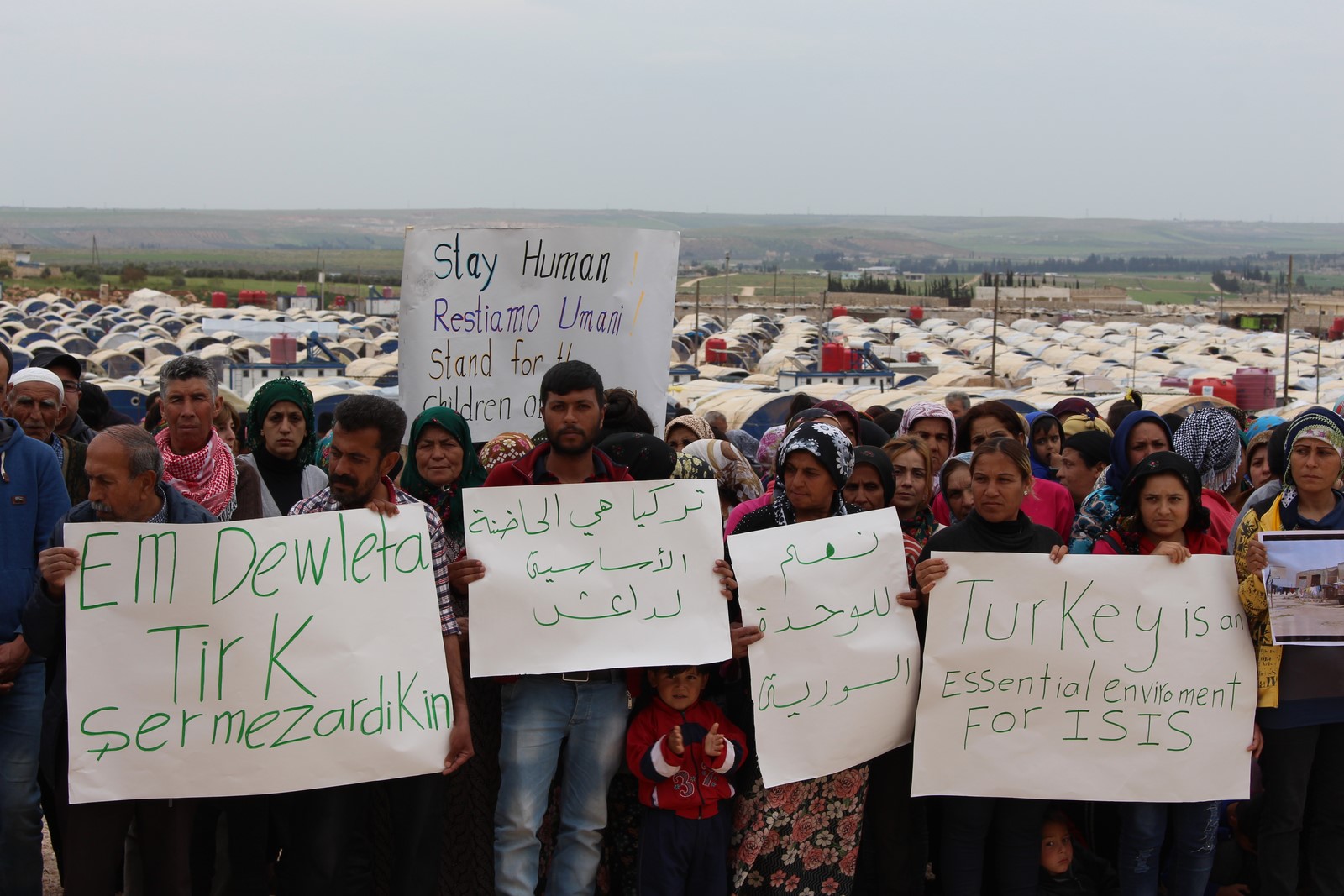 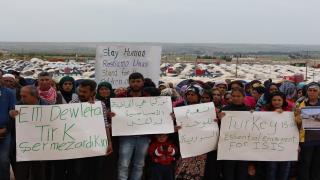 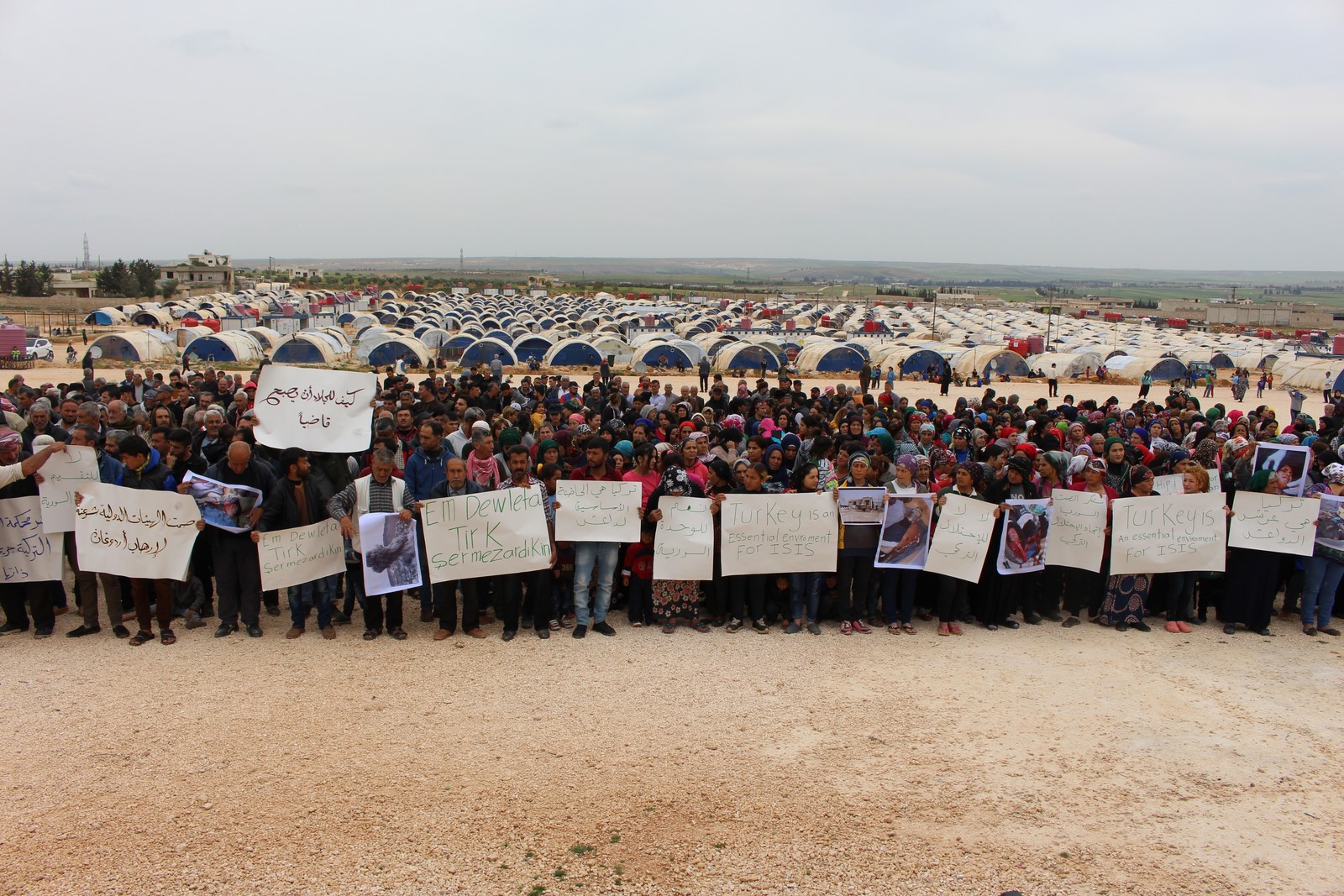 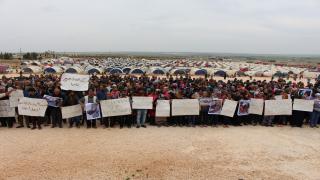