The demonstration, in which dozens of residents of Al-Jarniya participated, started in front of the Al-Jarniya Cultural Center in the east of the town towards the Civil Council in the center of the town, during which the demonstrators chanted for the fall of the Turkish occupation; they also denounced the international silence that gave Turkey and its mercenaries the green light in going far in their crimes against the peoples of the region.

The demonstrators also carried the flags of the Syrian Democratic Forces and pictures of martyrs, pledging to continue the resistance and escalate the struggle until the Turkish occupation and its crimes come to an end.

After standing a minute of silence in front of the Civil Council of the town of Al-Jarniya, the co-chair of the Families of Martyrs Council in the town Ibtisam Al-Ibrahim, and the co-chair of the Al-Jarniya Civil Council, Yahya Al-Shibli, delivered speeches in which they held the international community responsible for the continuous crimes of the Turkish occupation army and its mercenaries against the peoples of the region as well as the brutal attacks through which it aims to occupy new areas in northern and eastern Syria.

The words also pledged the martyrs to follow their example to protect the gains achieved thanks to them and to escalate the struggle and resistance until the occupation is defeated. 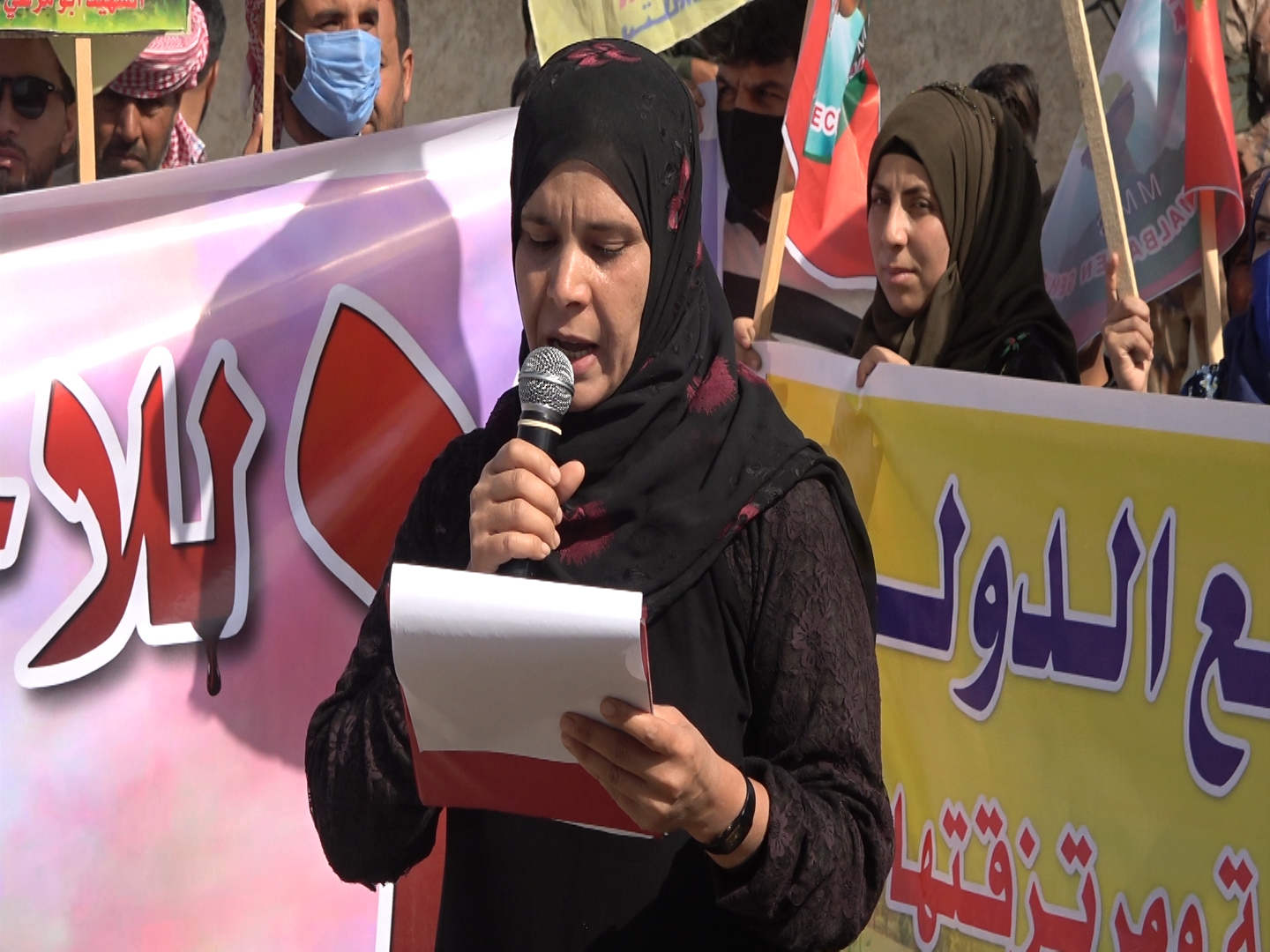 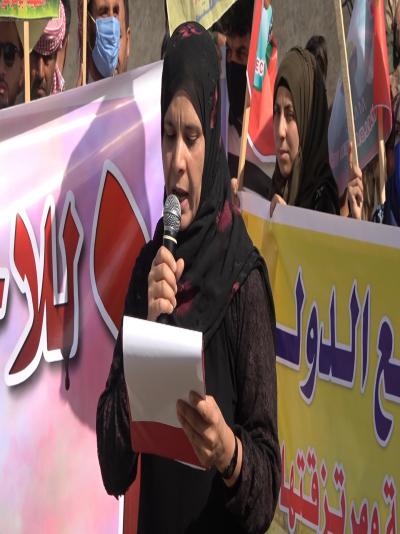 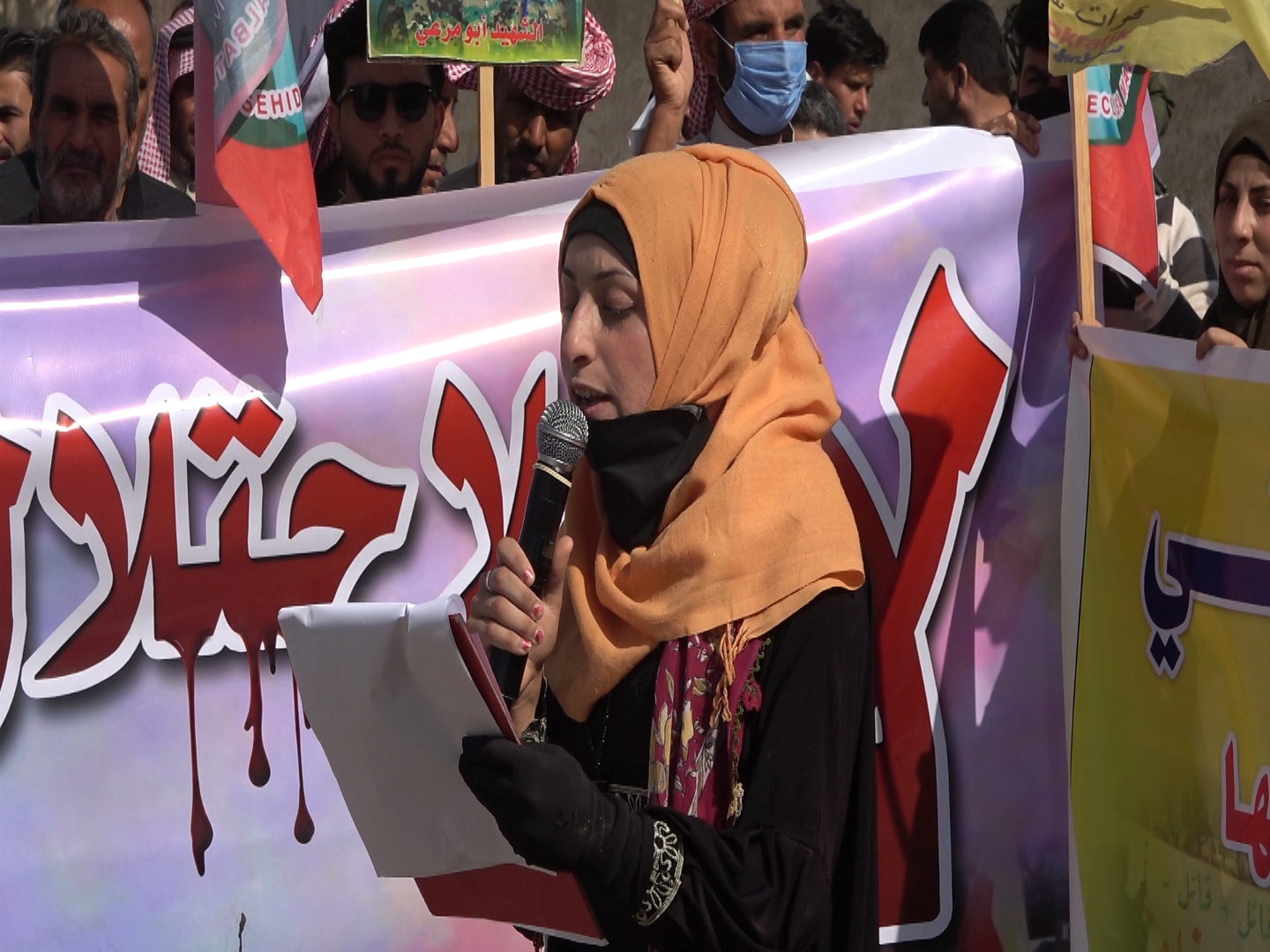 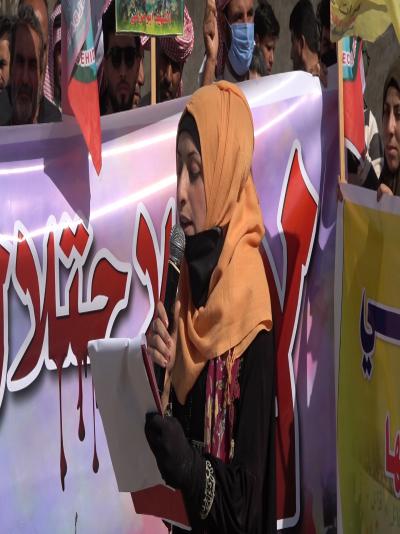 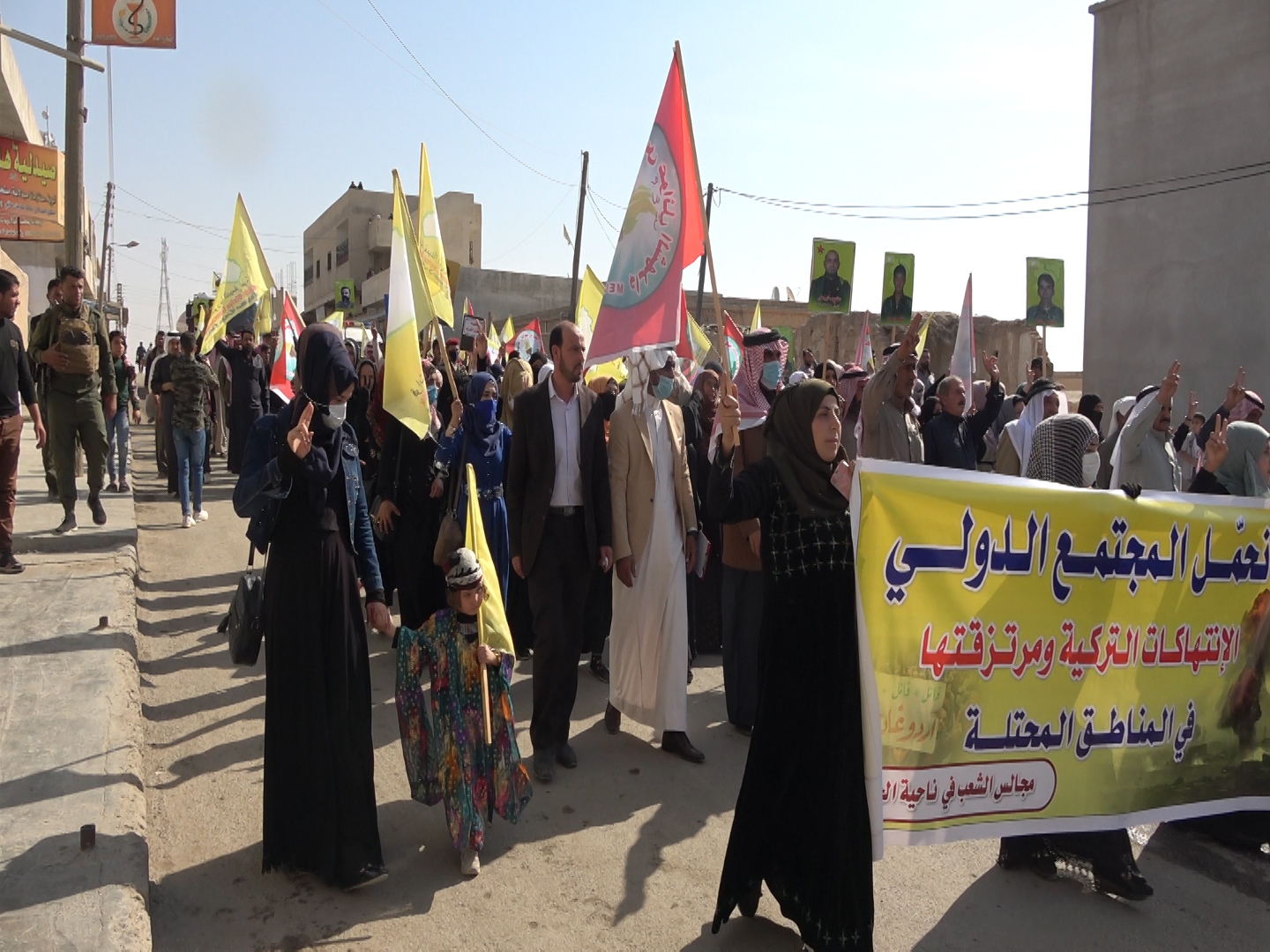 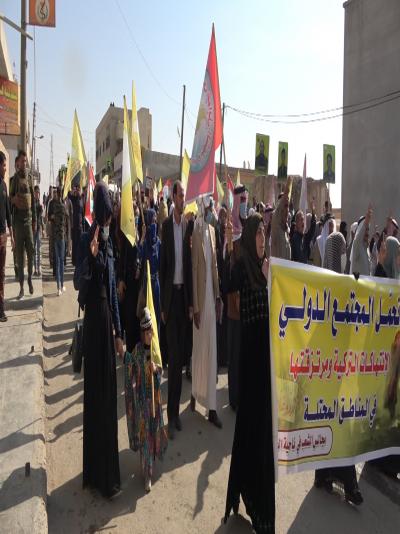 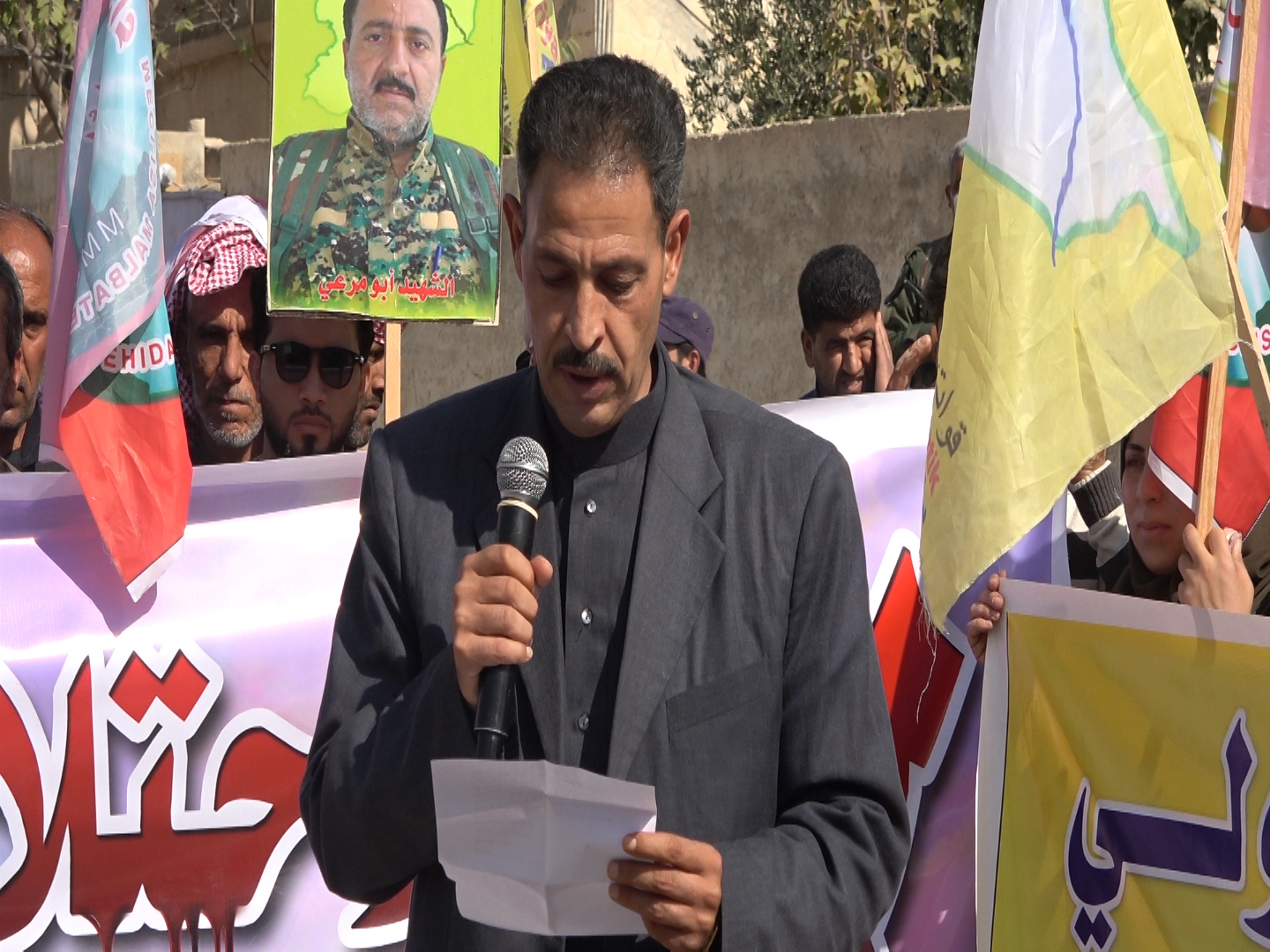 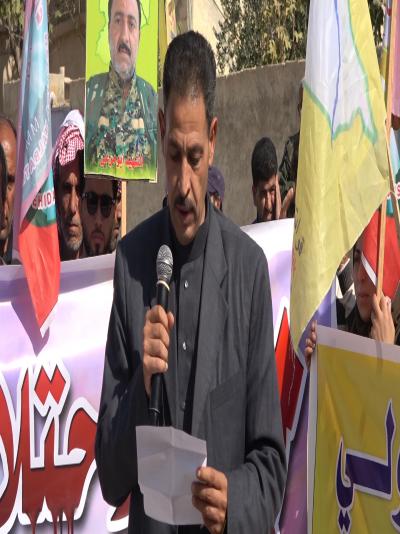 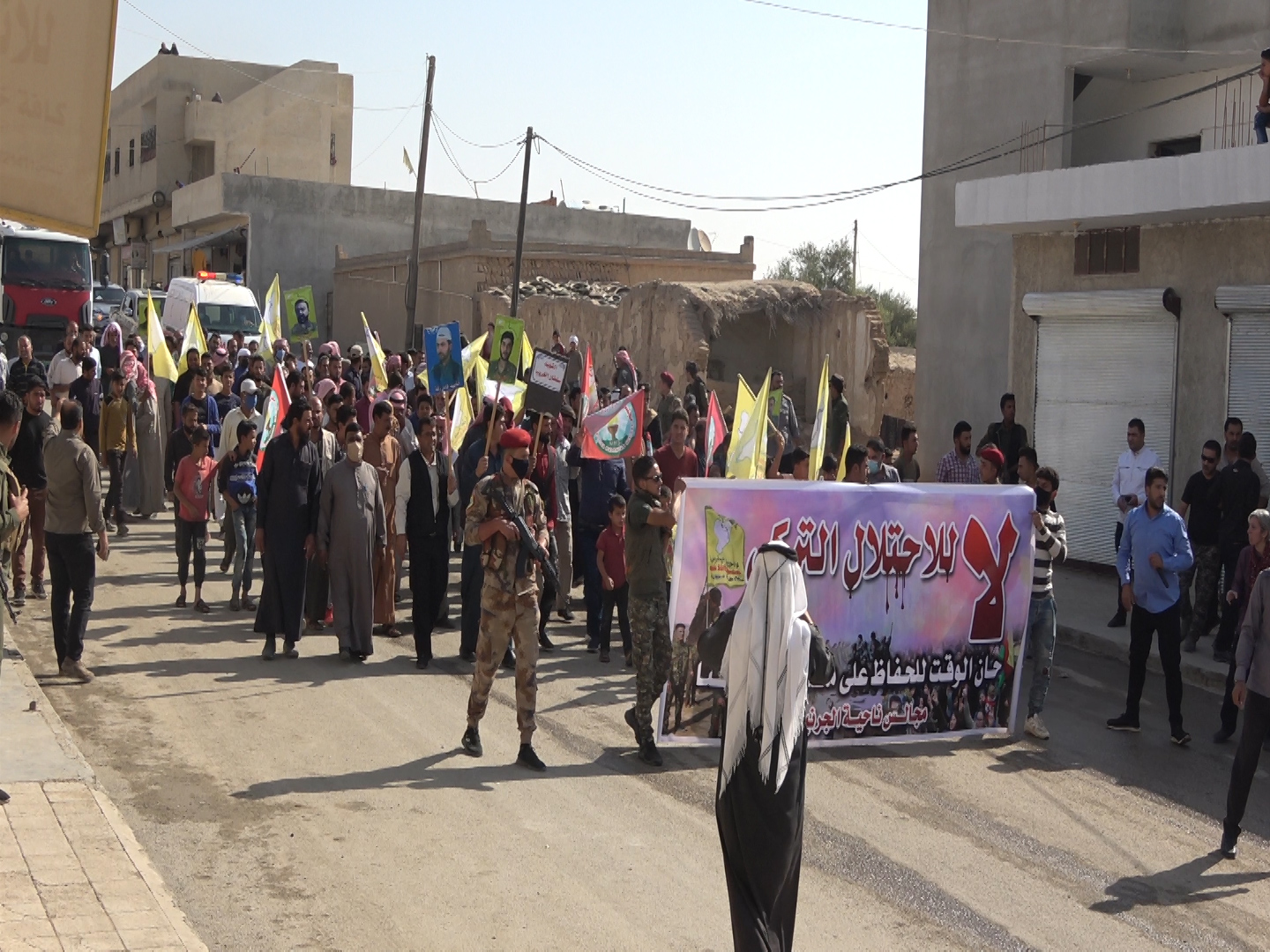 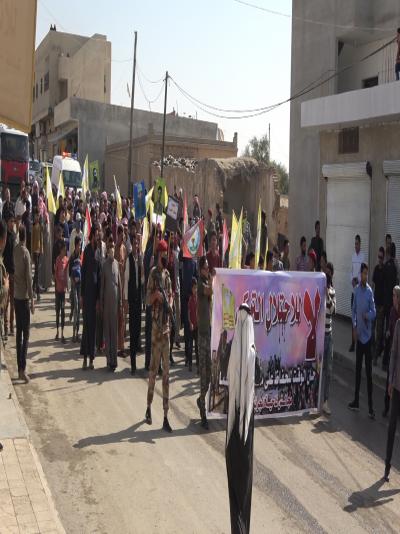 The Yazidi House in Al-Jazira region blessed the memory of the liberation of Kobane, and sai...

The Turkish occupation army and its mercenaries are shelling the village of Al-Mushairefah, ...
Old Website