The visiting delegation included Mariel de Sarnez, Chairman of the Foreign Relations Committee of the French National Council, and the representative of the Democratic Autonomous Administration in France Khaled Issa, the delegation began their tour visiting the Shrine of Martyr Dicle, and were received then by representatives of the Martyrs' Families Council in Kobani.

At the shrine, Mariel said, "We pay tribute to these martyrs, to the thousands of fighters who sacrificed their lives to liberate their land and their people, and to defeat the biggest terrorist organization that threatens the region and the whole world, we offer our condolences to their families."

The delegation then went to the Democratic Autonomous Administration's in the Euphrates region where, Anwar Muslim, the co-chair of the Euphrates region received them, during the meeting, the delegation noted that the aim of their visit was to familiarize themselves with the situation in the region and to learn about the new administrative experience applied in Rojava, because it was subjected to massive attack and destruction by Daesh.

The delegation discussed Daesh mercenaries detained in northern and eastern Syria, and Mariel de Sarnes stressed that mercenaries should be tried in the place where they were defeated.

While Anwar Muslim referred in his speech to the need of the region after Daesh defeat for support in terms of service, education and the development of civil institutions in all respects.

Then the delegation went to the Baki Khaddou Center for Culture and Art to get acquainted with it. The delegation is scheduled to finish its visit to Kobani on Saturday after visiting the institutions in the city. 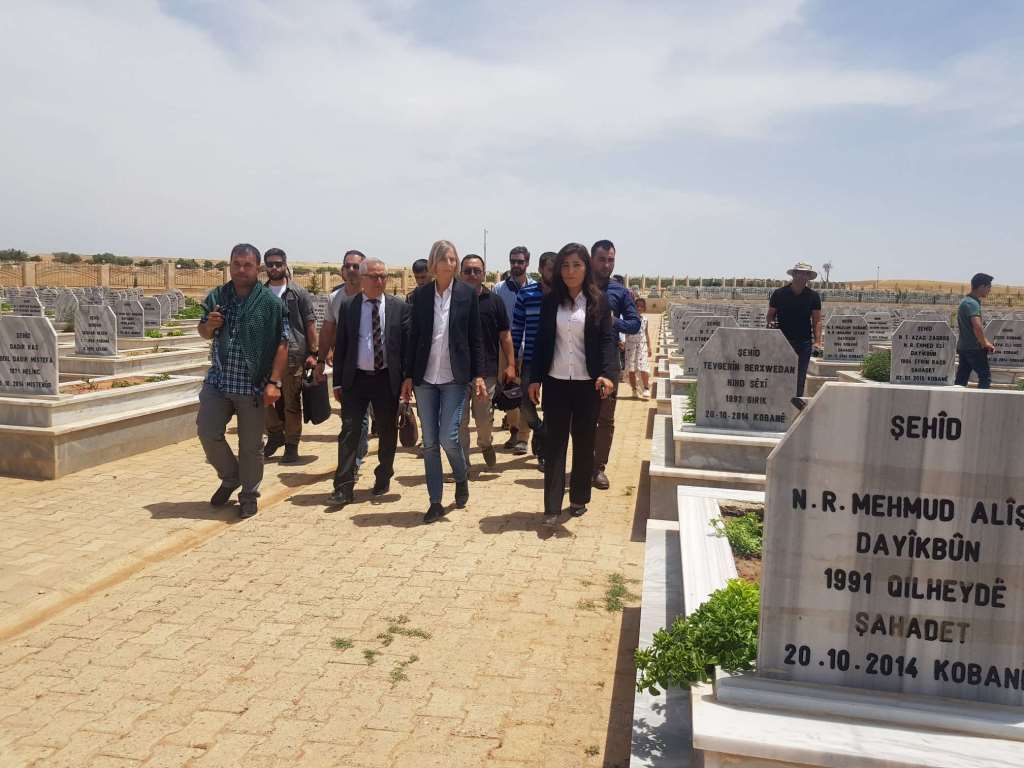 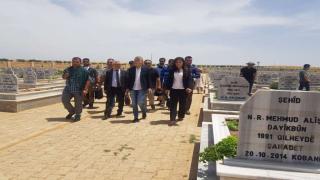 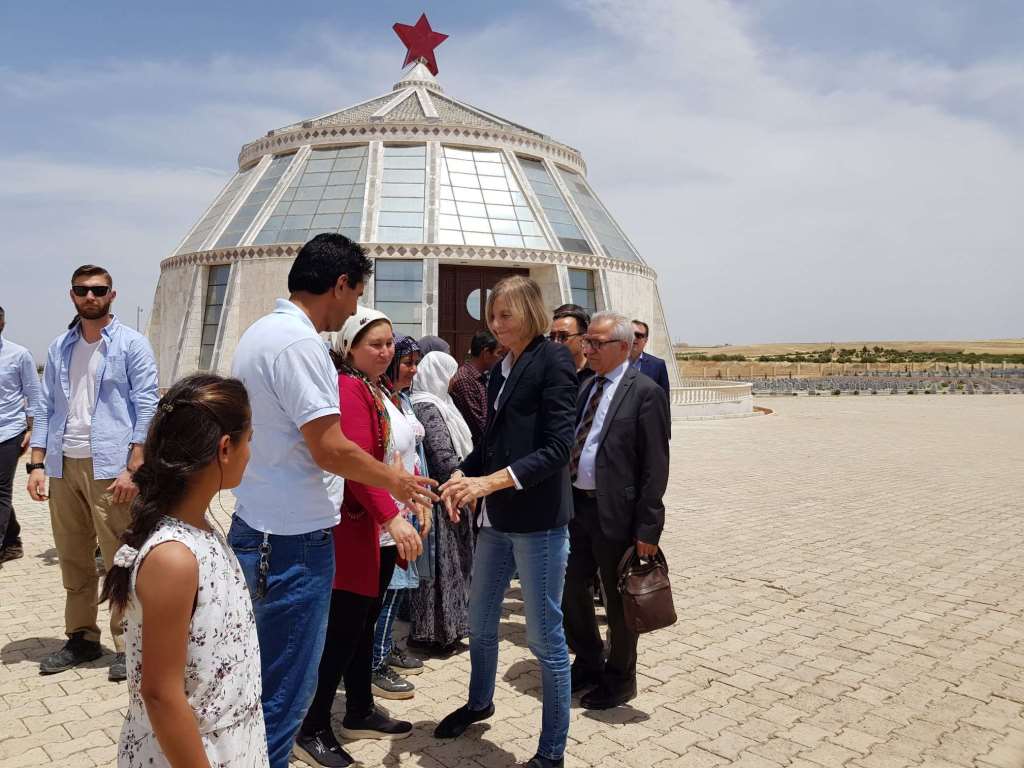 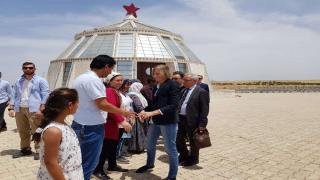 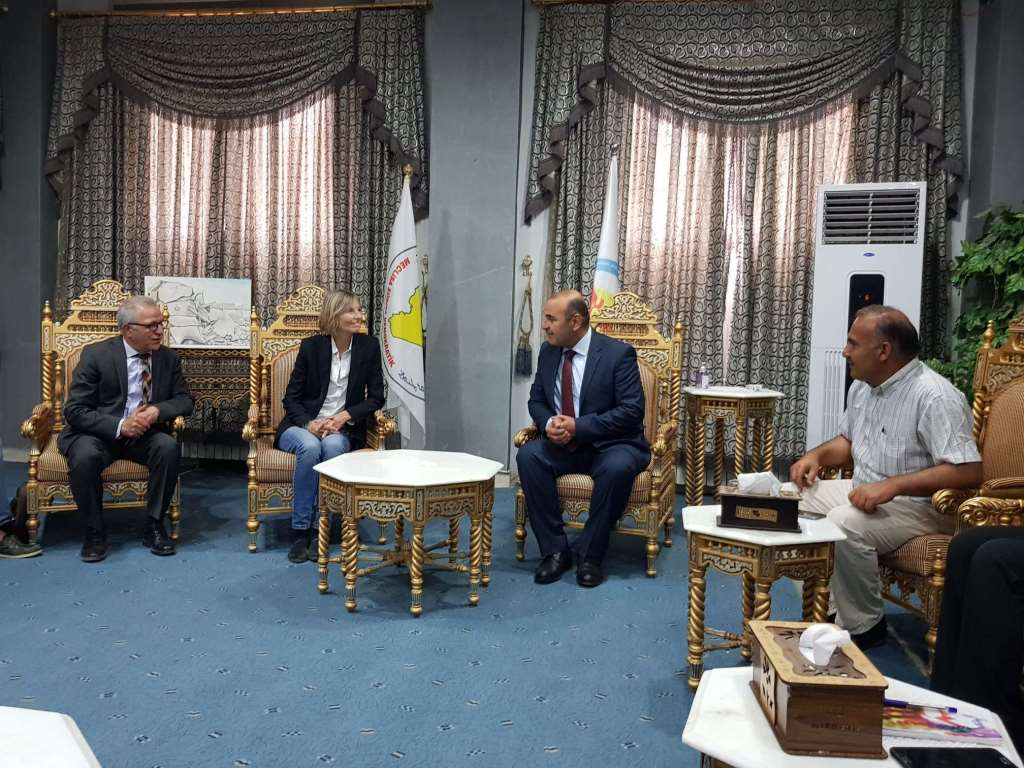 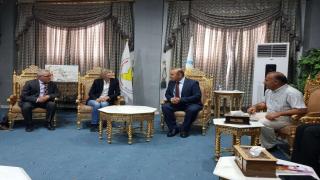 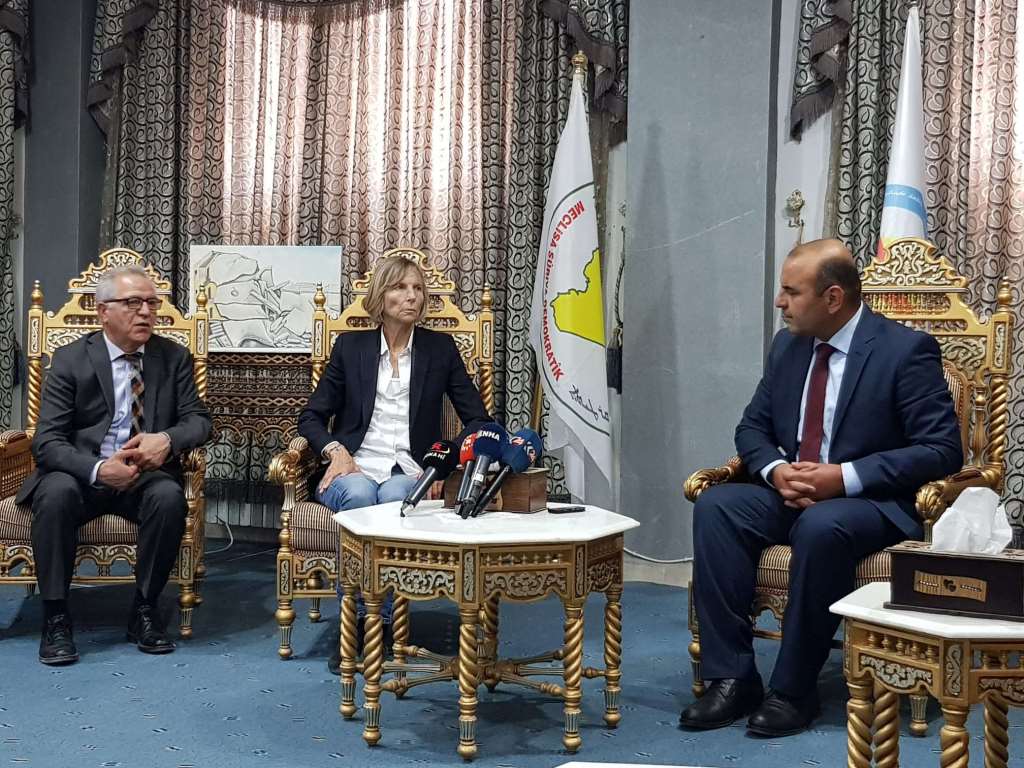 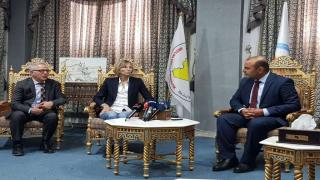